The Smalls had not been told about the cruise until a day or two before we left. I had harassed them for weeks beforehand about the necessity for ‘fancy shoes for when we go to the fancy restaurant for Nana’s birthday’. Thank god for op-shops. Both of them got a pair of sandals each – good ones – and I picked up a pair of heels from the tip shop and some black sandals from an op-shop in Hampton street. The Mothership shared out some of her dresses to the Smalls and we were ready for action!!

We were able to disappear for a day and a night (thank you for the car oh Mothership) and visit our lovely Emerald friends. Small Z had not seen those guys since they visited us in 2018. TOO LONG. All five Smalls clicked into their regular groove almost straightaway – it was so reassuring to be with our friends in their house where I know where everything goes and can make cups of tea at whim.

Along for the ride were TD, Small Brother, SWWNBB, the Mothership’s cousin and her partner, and spawn of SWWNBB – my nephew. It was pretty cool! The coolest thing was (besides the bottle of proper champagne on arrival) Small Brother’s ROOM!! OMG!

Being on a boat that is at kilometre larger in every respect was odd. Dislocating. I can see the sea out of the many many windows (so many windows, just not in my cabin) but I can’t feel it. The swell is tangible, but other than that, if you remain inside it is as if you are contained within a hitherto unexplored area of David Jones.

Small Z daily crucifies the buffet, and when she’s eaten enough, she plays waiter and goes and fetches cups of tea and pieces of fruit on request. Small DB seems enchanted by the nightly fine dining, holding her goblet of iced water in a debonair-I-do-this-all-the-time kind of grip and thanking the staff when they spread a linen napkin on her lap.

For the first couple of days the journey adhered to my former boss’s description of sailing:

The passage is to be endured, the destination to be enjoyed.

Both my siblings spent chunks of time prone and green. One has vomited, the other alleges he has not. The three grandchildren, while exhausted from late nights and choosing which juice to have next (with ice, or without?) are unaffected by the rolling of the boat.

They (the Smalls x3) are an anomaly here. By my guess, there are no more than ten kids aboard. The average age is about seventy-four. Weight? Over. Skin? Anglo crepe. There are many walker frames and several wheelchairs. I can see how travelling via cruise liner would be a comforting if one is old and infirm. I get it – but I remain astonished by the lack of people under sixty.

The ‘KidZone’ – the childcare centre (or, as Small Z labels it “Childcare Jail”) had a couple of women working there – but a chunk of their time was spent playing the Wii because there were simply no clientele. Before boarding the boat the Smalls were both told by the Mothership that they were ON NO ACCOUNT to walk around the ship without a grown-up. That lasted about five minutes. 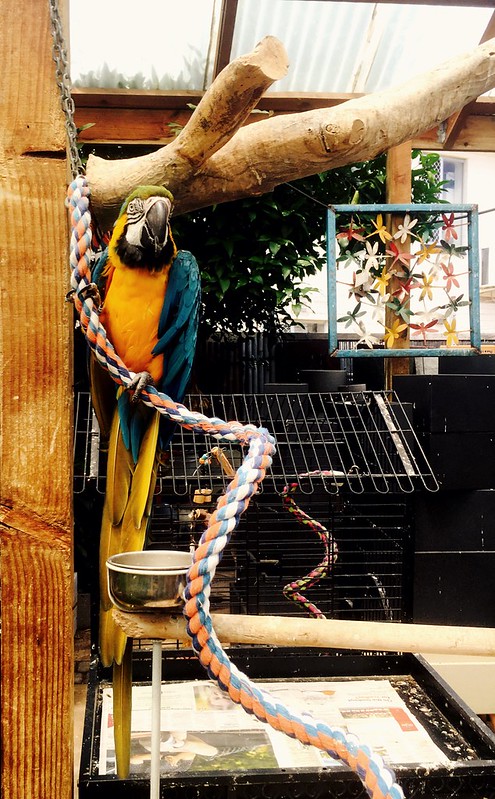 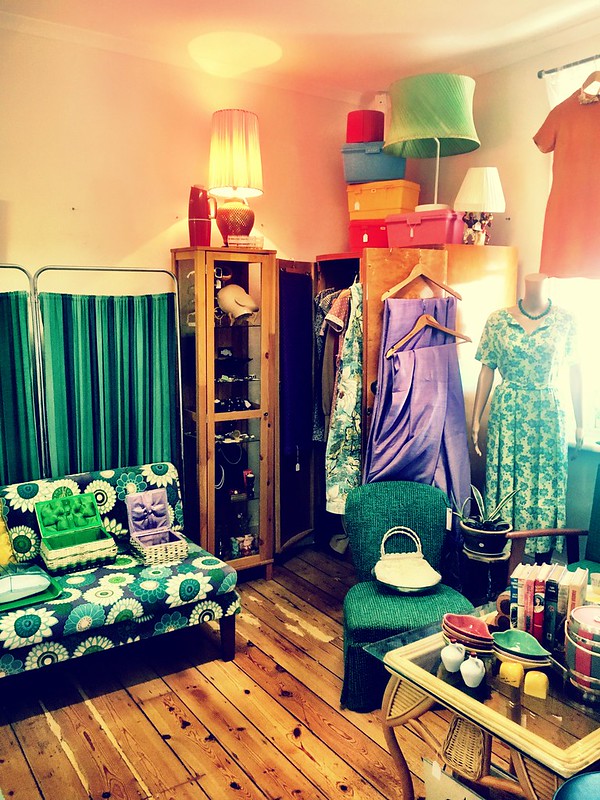 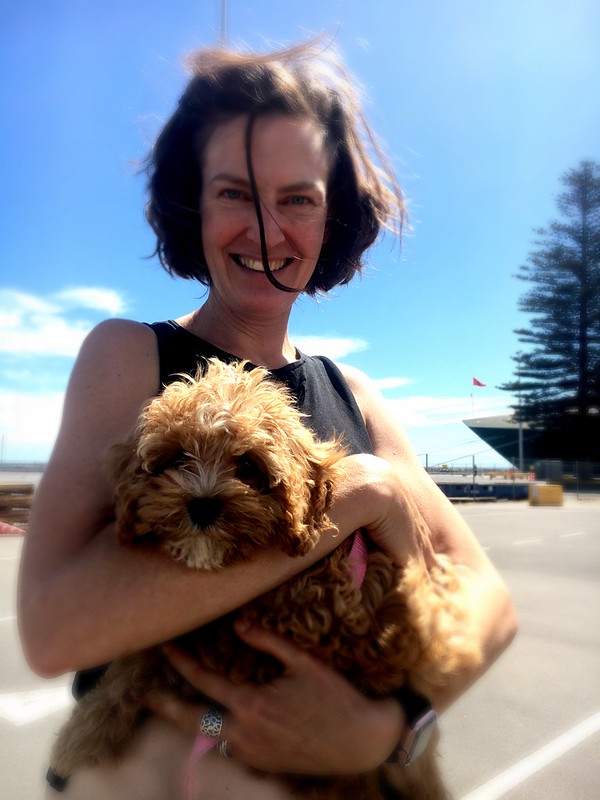 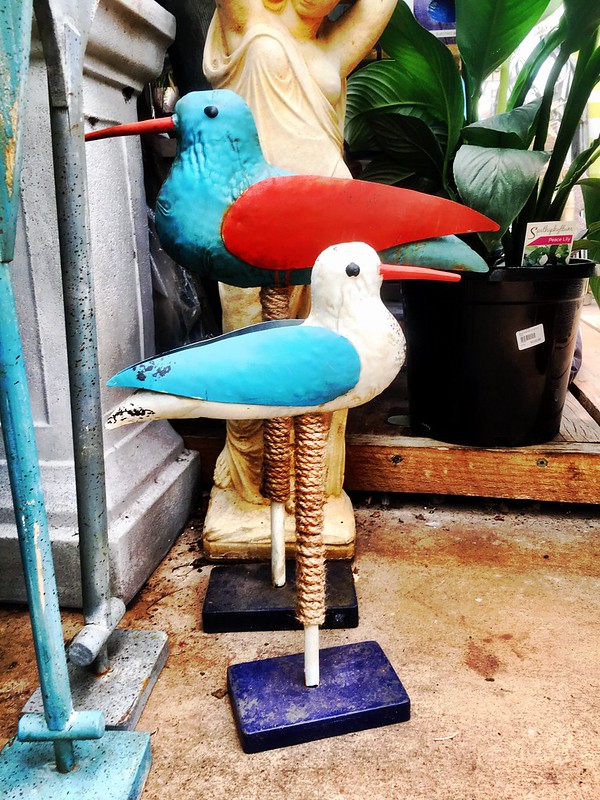 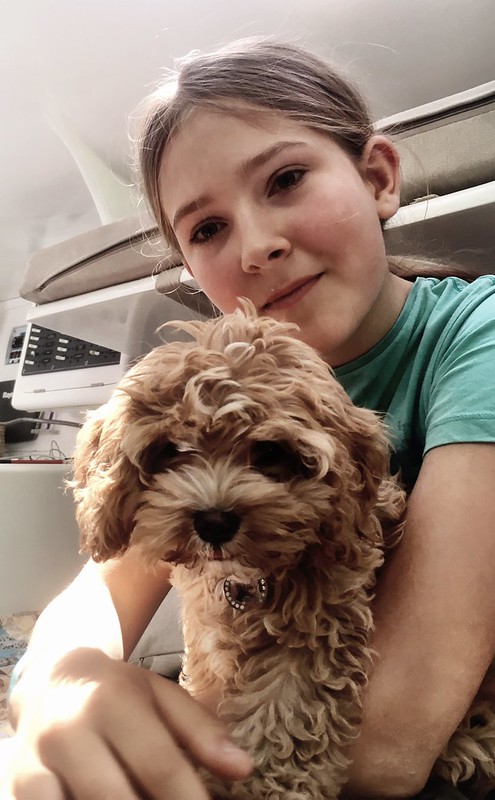 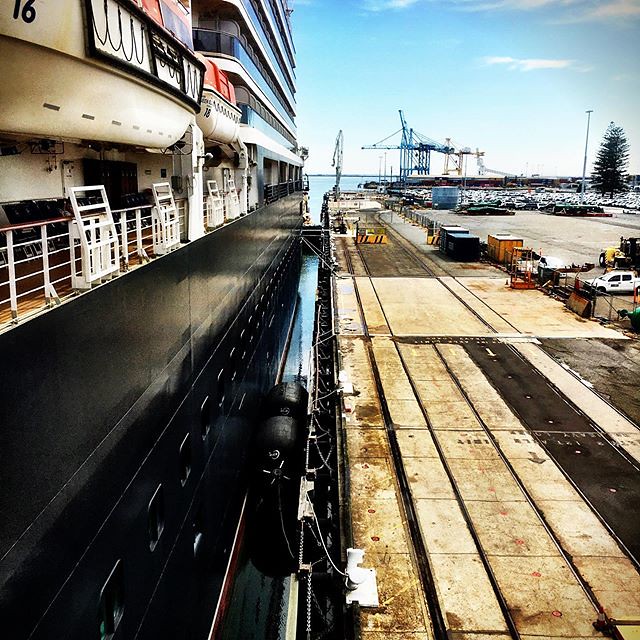 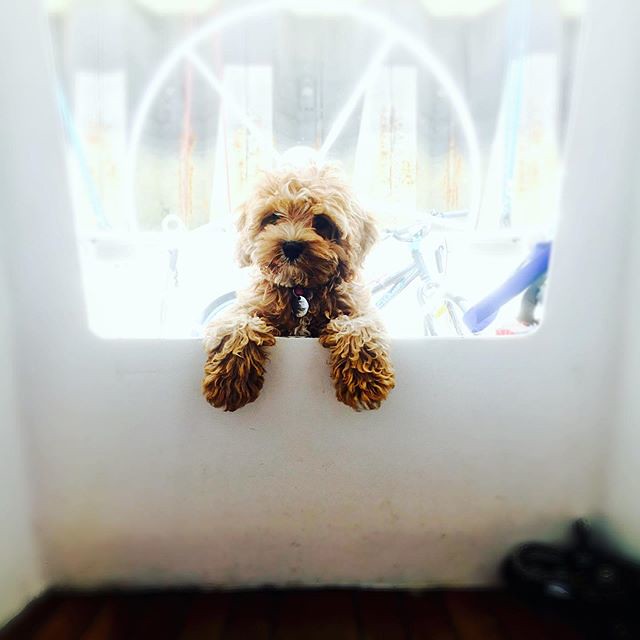 A highlight was docking in Adelaide, where our friends from the boat ‘Gusto’ came and whisked us away to their boat, bought us cakes and sushi, and best of all – a borrowed cavoodle named Daisy – which sent us into cute overload. It was so great to see them, and also get a small idea of what the area around Semaphore is like – they have a pretty good setup going on. Dolphins come past their boat every day…

They are near a library, lots of shops, the train station, and a macaw called ‘Stella’. Time seemed to pass very quickly and we were suddenly saying our goodbyes out the front of the floating behemoth, the Queen Elizabeth. From there we steamed at 20 knots to Hobart.

We remained in Hobart for the day and then, after dinner, journeyed on (at half the speed) to Burnie. BURNIE!! Why Burnie?! I can only assume the mayor of Burnie (who personally greets every cruise ship that comes in) has swung some kind of sweet deal with Cunard, because, in the kindest possible way, Burnie simply lacks charisma. Or in the least kind way – Burnie greets you with a depressingly large pile of woodchips as you dock, and it’s hard not to think of how Tasmania is allowing further logging in the Tarkine. Jesus.

On the up side, I did notice that there was a Nippers beach competition going on at the main beach. I recalled that Ford’s daughter does Nippers, and went for a wander to see if he might be there. I was, of course, looking for a man in a puffer jacket holding an unfeasibly large camera…

I could not find him and turned around to head back to the family group, who were intent on taking on Burnie’s op-shops one by one. “Hey!! Beth?”
It was Ford!! No puffer jacket! No camera! Disguised instead in a baseball cap and a hi-vis vest…
“How are you here? This is so weird. I thought I hallucinated you!”
I gestured carelessly behind me – “Just came in on the cruise ship.”

He didn’t really have time to be dragged off for a cup of tea and neither did I, but it was wonderful to see him regardless. And it was quite odd at the Motherhip’s birthday lunch, sipping on my sauvignon blanc and tossing back oysters while looking down (literally) at many many wet children (it was bucketing down) racing along the beach and in and out of the sea, presumably under Ford’s direction as he got wetter and wetter and wetter.

I left lunch and ran back to the shuttle bus and then hammered down the length of the ship in time to make it to my 2pm appointment. I had been invited to tour the bridge. I was also under the impression that I was to meet the captain, but that did not eventuate. It was very cool to see all the technology – some of which I recognised and a vast amount I did not.

The passage from Hobart to Burnie was the best of the week – calm seas and sunny skies – perfect cruising weather. If I had no children, that would have been when I might have lay on a sun-lounge with my Kindle and a supply of gin and tonics. However… We went for a swim, and the pool was sublime! The Mothership was our spotter and gave us the nod when the whirlpool hot tub was free and we jumped in and steamed ourselves. Heaven.

We played croquet and bat tennis until the Queen Elizabeth was shrouded in complete fog and it became correspondingly freezing. Library time. The LIBRARY!! Seriously – one of my favourite places on the ship. I love libraries anyway, but to sit in one with a coloured glass ceiling with a fantastic selection of books, comfortable chairs and desks that faced the ocean… it was the BEST.