A Walk in the Woods.

If shuttling through high altitude at ridiculous speeds had been taken into account during evolution, jet lag would not be a thing. But it wasn’t; so it is. Wipe those first three days off my #longserviceleave Despite receiving instructions from the overly travelled brother, and temazepam from my doctor, there was no sleeping during my 25 hour odyssey. Well, maybe an hour or two.

The second day in New York State, I was alone in the best house ever, wrangling with the coffee machine (I am not a coffee person, but circumstances required it). Determined to remain conscious, I drank two cups of coffee, sat in a steam room, doused myself under a cold shower and went fossicking for antique glass bottles in the woods. I made it through to 9pm. Huzzah!

Thence began a pattern of waking at 2.30am, something that has occurred every night since. I pondered on the significance of this. What was usually going on in Australia when it was at 2.30am in New York? Nothing dramatic – generally thoughts of dinner preparation and accompanied by musing about how wonderful it would be to have a housekeeper/cook. Anyway – although they didn’t work for me on the aeroplane, the temazepam seem to perform at 2.30am, so I used that a couple of times.

Obsessed with the vintage remains I’d found in the woods, on the third day of my #longserviceleave I decided to bring back all of the bottles and jars I’d excavated. This house was sold to Small Brother with a kitchen full of utensils, machines and crockery and a basement full of gardening equipment. So it was easy to find a wheelbarrow. It was easy to find all the loot I’d painstakingly removed from the ground. It was not so easy to see what the least bumpy route back into the garden might be – so I went to scout it out, leaving the glass-full wheelbarrow waiting patiently behind me.

Despite being less than five minutes walk away from the gate to the back of the garden, I almost immediately became thoroughly lost. I had it in my head that SB’s property was 220degrees south west as a result of faffing with my phone the day before. I duly used my phone compass and achieved exactly nothing. My phone has no sim card, but retains the ability to work as a GPS – which would be of assistance only if I knew where I was and where I needed to go anyway. I knew neither.

I found rivulets of water that all seemed to know where they were going. I saw curious yellow signs pinned to trees stating POSTED – and then underneath that heading were smaller, more threatening sentences about trespassing and other things One Must Not Do. I trudged on, desperate to orientate myself. I could hear cars on a faraway road, but couldn’t find it, and by now the woods around me had subtly changed – there were more open spaces between the trees, and many more tiny snaking waterways.

Then, a lake. Or at least, a good sized and very beautiful pond. Nearby were rudimentary seats arranged around a campfire site; a cubby house made from branches around the base of a tree. The bottom of the pond, near the edge, was a blanket of leaves. These became more indistinct as the depth increased and rain disturbed the surface of the water. Smudges of red-gold!! Three enormo goldfish materialised – hoping for food. Impossible to photograph, they checked me out, found me foodless, and swam down out of sight.

The signs of human life were quite comforting – there was no panic in me, just a sense of ridiculous resignation. I was lost in the middle of somewhere but with zero sense of direction. Why had I not downloaded a map of the area to access offline?

The rain increased. Hood on. I stood under one of the less spindly trees and ransacked my phone for a navigation app – I have several. Motion-X GPS – come on down! In retrospect – actually a great app, but unable to perform the magical act of telling me how to get back to my wheelbarrow.

Cue lateral brain-jump to GPS – to – photographs – to geolocation… Surely some of my photos of the house had co-ordinates embedded? (Just in case you find your own self lost in the woods, uncertain whether it is bear season and make the same lateral leap – let me save you some time. Finding the geolocation data of your photos on your (in this case) iPhone appears to be a success for pro-privacy activists everywhere. Because it’s impossible to… boom boom …locate.)

The Law of Sod demanded that it would be far too easy for one to simply copy the gps coordinates from the photo one had taken of the house the previous day and paste them into Motion-X GPS, thereby locating oneself slightly more specifically than the rather general ‘Kerhonkson, New York.’ Because that would remove the mystery of it all. The potential bear, the ongoing rain, the unnavigable fallen tree, the savage deer…

With clear-sighted retrospect, I should have used one of the generic map apps: back when SB bought his house, I dropped a pin where it is located. It seems that even without phone service, pins are retained. Who knew? I could have potentially WALKED TO THE PIN and saved myself the experience of being lost in the woods, in a jet lagged brain-fog with a weird little rash beginning on my abdomen – presumably the bite of a forest dwelling transitory tick summoning me toward a career in Lyme disease.

However, I had no retrospectacles at that time. I did find, amongst my photos, a screenshot I’d taken of my compass app the day before, standing not too far from where I’d left the wheelbarrow. In addition to North, South, East and West (Never – Eat – Soggy – Weeties) – none of which were helpful, there was the following:

Being information in an image, it could not be copied and pasted. Instead I had to use my tech-impaired memory to input the numbers into Motion-X GPX. Accomplished!! I made a waypoint with the co-ordinates and did that helpless humanoid thing of holding one’s phone out, as if seeking confirmation of alien life, and turning one’s body until one seems to be facing in the right direction. I began to walk. And walk. Occasionally deviating from the directive due to fallen trees and marshy rivulets – when that happened I would fasten my eyes on a tree some way ahead in the right direction and aim to reach it by the easiest route.

Suffice to say, there was more scrambling, rain, ‘POSTED’ signs and rain. A few words surfaced in my brain and I pushed them straight back down again – words like ‘ticks’, ‘Lyme disease’ and ‘leeches’. My co-ordinates did not save me, but they did cause me to walk in a direction that meant I found a road! Hooray for tarmac! This reduced my state of lost to fifty percent, assuming that this road was, in fact, the correct one.

A letterbox opposite had the number 270 on it – I turned left and hoped for the best. The best remained a little out of reach – walking for five more minutes – summoning a confident yet purposeful expression for the benefit of passing cars – I reached 280; pivoted, and strode back the way I came. Sod’s Law – wrong direction.

Back past the spot where I had emerged from the woods, back past number 270 and onward, with the fervent hope that I was on the right road – something that I would discover once I found number 240. Striding like someone who knew exactly where they were, I rounded the bend and THE HOUSE!! There it was! Where it had been all along! As soon as I was near enough to suck in some wifi, I downloaded maps of about 20 square kilometres around my person. Like there was going to be a next time. 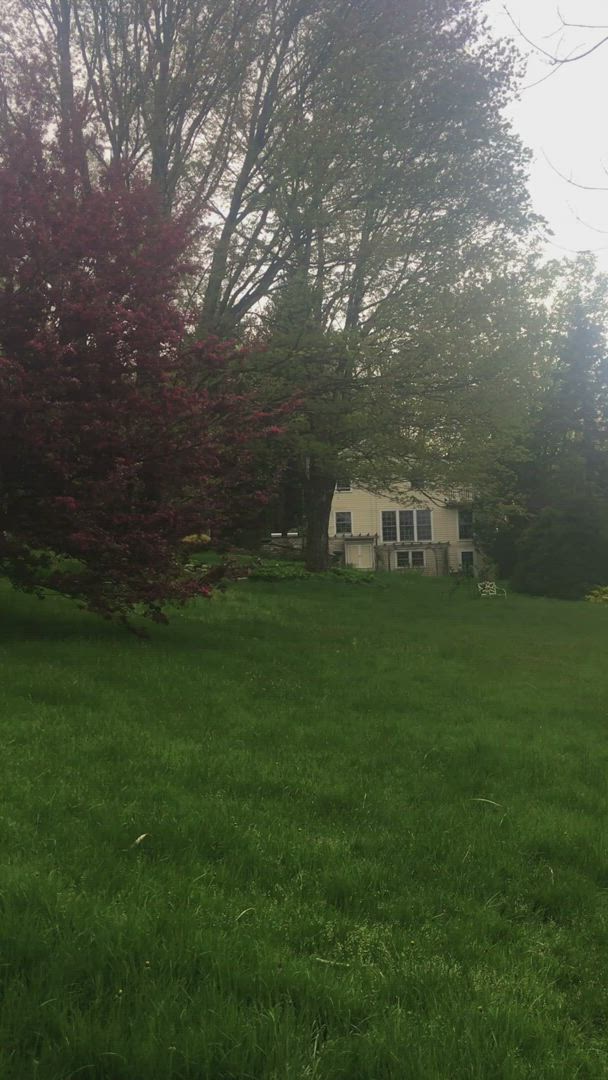 I am the felonious felon.