Since leaving Bermagui on 13 April, our progress has been as follows;

The only reason, of course, that we are fanging up as we are, is because we have broken the second rule* of Bella Luna, being: NEVER SAIL TO DEADLINE. Why? It creates heaps of stress, the weather doesn’t observe deadlines, and you end up making stupid decisions that you would never make without one.

Here is a bird that hung out with us when we left Bermagui: 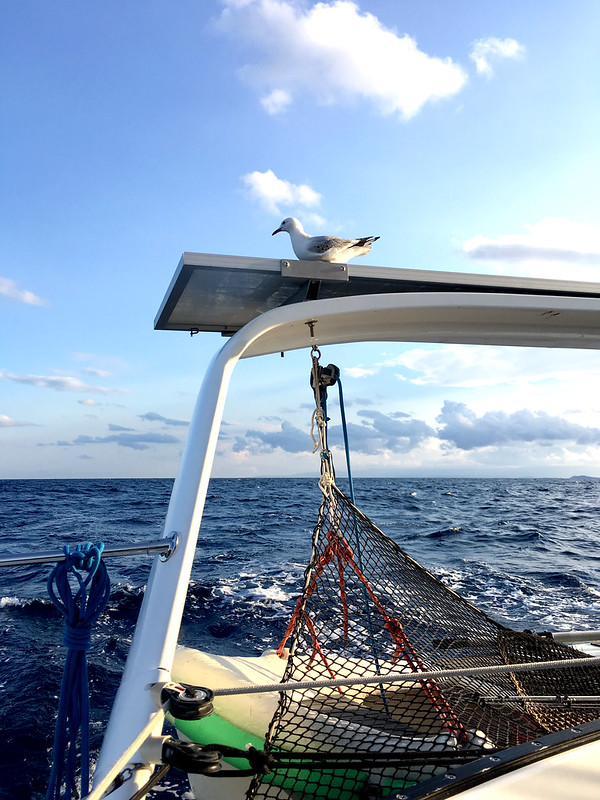 Luckily we still have a bit of time to play with, but not enough that we can just hang about and wait for the ever elusive bloody southerly. There has been quite a bit of motoring over the last three little passages and it is kind of depressing. Noisy and depressing.

Glerg. Anyway, I can’t even offer a photo of our time at Jibbons Bay because we arrived in the dark of the night, anchored, and took off in the morning. Newcastle, on the other hand, I have documented…

After Newcastle we went into Port Stephens – Nelson Bay. We really haven’t ever spent much time there – the only time we stopped by, we left our scooters outside the op-shop while we went inside, and when we came out… they were GONE!! Taken to the tip by some overly enthusiastic volunteers. We eventually had them delivered back to us.

Anyway, I am sidetracking. We got to Nelson Bay. The three available public moorings were taken. We entertained the locals by trying to anchor about 17 times and ploughing the seabed, until a guy on one of the moored boats told us to go into the marina and check out the public jetty… HALLELUJAH! It was a phenomenally good spot! We stayed for two nights…

The travelling has been pretty epic. We were stuck in Tuncurry for four days because the wind was not going to take us anywhere we needed to go. I’d never been to that area before – it was like every classic seaside Aussie holiday you could imagine.

Kids playing the shallows, heaps of tinnies going everywhere – we were on a mooring near the bridge. The tide absolutely rips through there – the only equivalents I’ve seen are the Brisbane River and Port Macquarie. Small DB and I plopped into the life-ring roped to the boat and had a hysterical time fighting the current! The next day she and I went for a big wander with the kayak out over the sandbank in the middle of the harbour.

Our next stop was at Crowdy Head – it was a swell-laden motor-sail and both M and I voted to pull in, rather than continue the horror all the way to Camden River. We’ve been to Crowdy Head before and acting on our previous experience, we tied up to the newer jetty – thankful that one of the two spots there was empty.

I appear to have no photos of Crowdy Head. Probably because we tied up and then all went for a family swim – a very rare occurrence in recent months – however, we have come far enough up the coast that the water temperature is tolerable! 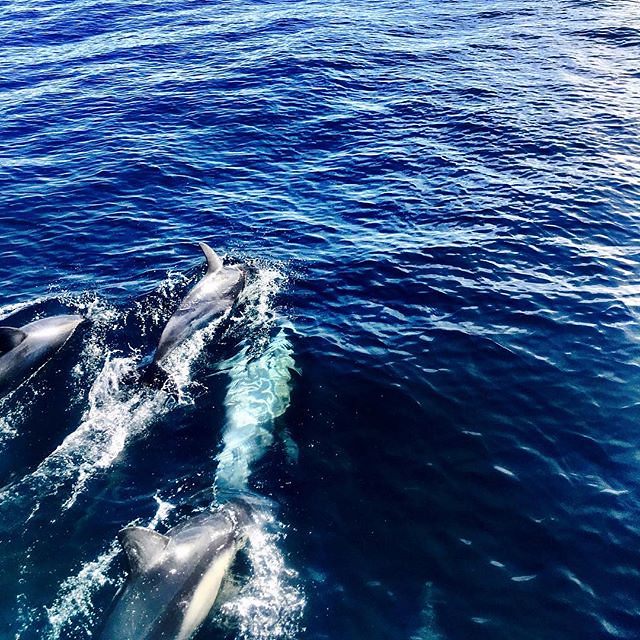 Camden Haven. Somewhere we’ve always been interested in going. We literally surfed over the bar into the Camden River and went and tied up outside the services club in Laurieton. A FIVE DAY AREA!! Unheard of. I was quite gobsmacked by the area – it is so beautiful – the hills, the river, the everything… I literally posted very few (if any) pictures on the ‘gram because I just could not do the place justice.

I always enjoy being tied to a jetty – it makes it so much easier to vacate the boat for a morning walk. Small DB and I are the early risers; we wandered through town and met a happy rabbit. Which made a very happy Small DB.

Our time largely consisted of heading to the surf beach, doing laundry and also ransacking through the excellent op-shop that seemed to go on forever… Here is M in his new t-shirt…

Laurieton/Camden Haven – whatever it was called, was idyllic. I’d go back in a heartbeat, especially to do more exploring and some walks. It was so hot while we were there, that walking up a mountain was not that enticing. Next time.

Coffs Harbour. Arrived 27th of April, and, as always both moorings were taken. It looks amazingly beautiful from the water – once we went ashore we saw that all the infrastructure near the park and the breakwater had been redone – So. Much. Better.

I did laps around the boat the first morning we were there – we all missed swimming a great deal during that time in Tasmania. It’s still a novelty being able to jump in and not get snap-frozen. Unbelievably, the good ship Pandion was in residence at the marina, but her occupants were not. All we could do is leave a note and tell them to look us up in Yamba.

Finally, finally, finally – on 29 April (Happy Birthday to my Nana) we arrived in Yamba. It is so familiar here – and such a lovely feeling to know where the good spots to anchor are – to immediately catch up with Belinda, Roxy and Eddie.

It was a week before I had to leave for the USA and we squeezed in quite a few things. GonYonda arrived, and it felt like Bermagui was such a long time ago! We DID manage to catch up with the crew of Pandion – and helped them move out of their house in Iluka. It was a reunion of the Australian members of the 2018 New Caledonia and Vanuatu kidboat posse – something we celebrated by stuffing all the children on to GonYonda with instructions to play ‘sitting down games’ (instructions they blithely ignored) and drinking mojitos on Bella Luna.