Today has been our final day in New Caledonia – tomorrow morning we leave Anse Majic in Baie de Prony with our sails set for Vanuatu. My morning was spent making peanut butter, bliss balls, steamed spuds and boiled eggs for the passage. Small DB made cherry gummies and also cut up chunks of orange and grapefruit to freeze for icy snacks.

M topped up all the fuel and oil in Foamy and both motors, glued his hiking shoes back together, played Monopoly for a few hours with Small DB, and generally swanned about with no shirt on in the middle of Winter.

Sadly, a few days ago, my MacBook stopped working. Or stopped charging. I was not sure which thing was the issue. I’d bought a new power supply back in Airlie Beach about nine months ago. The computer itself is from mid 2009 – one of the last MacBooks that you can modify the RAM and hard drive – these days, that’s not an option. Having only recently put a new solid state drive into it (basically turning it into an entirely new awesome machine), I was pretty sad that it may have given up the ghost.

Our friends on Paws – an excellent aluminium catamaran – let me come aboard today with my computer and see if it would charge when connected to their power supply. It did!!! Huzzzah! Somehow, trying to get a power supply to or from Port Vila seems a lot less depressing than my computer being terminal. Thank you Gemma and Andy.

The afternoon was spent walking – via a coconut tree… 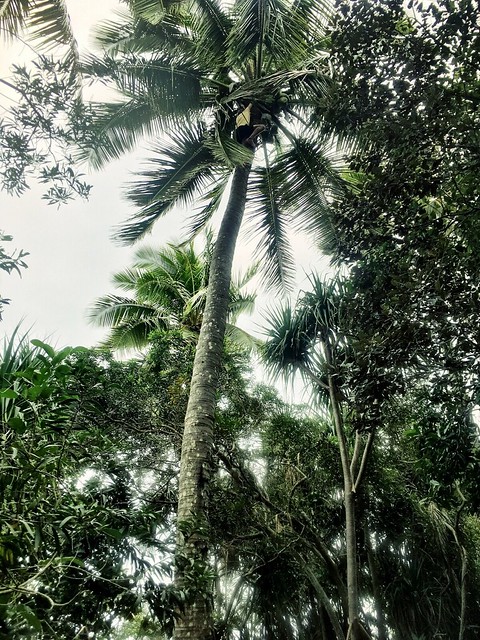 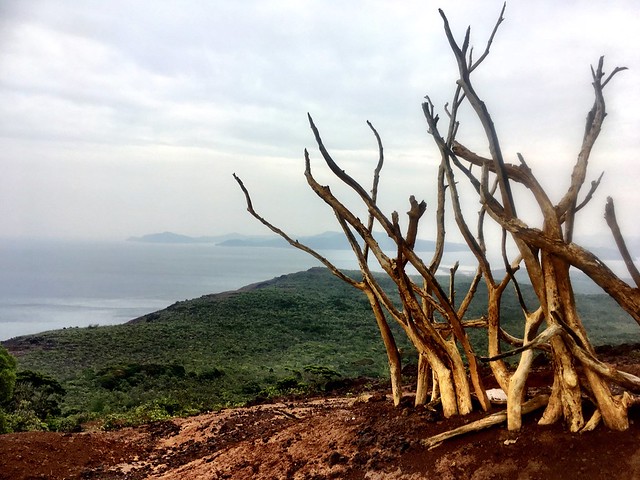 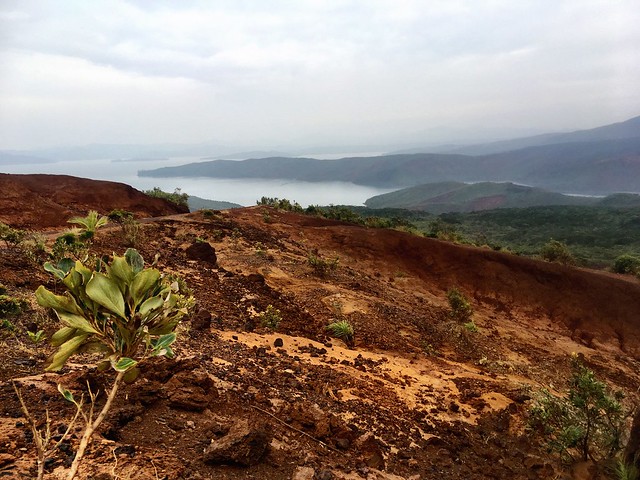 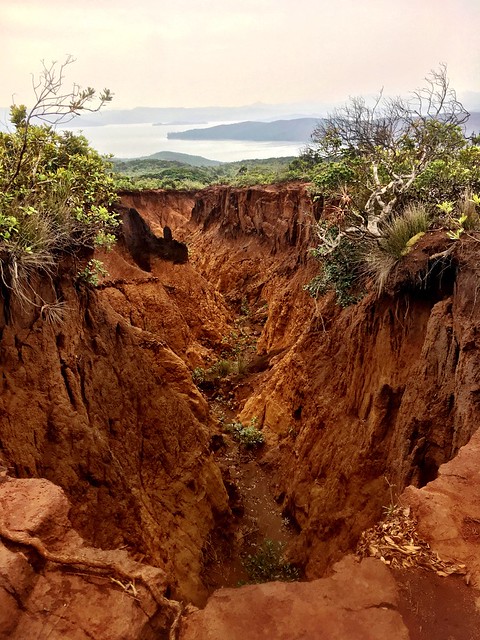 To a lookout at the top of a hill from which, on a clear day without rain, you apparently can get very good views. 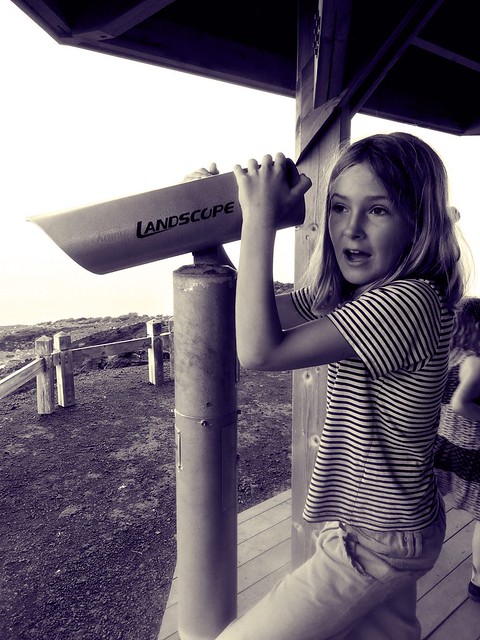 Here is one of those crazy plants that hold water in which bugs drown and are then used by the plant for sustenance. 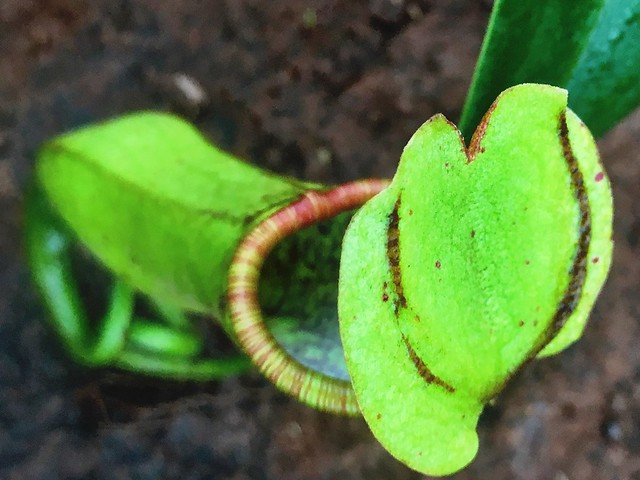 We intend to depart New Caledonia in the morning and hope to make it to Port Resolution on the island of Tanna by Thursday. Then… then we hopefully get to check out the volcano there.