Where it’s at. Two timestables and a floating home.

Can’t even remember last time I updated and am too scared to look. So. Be prepared for some unintentional repetition.

Briefly – Since February we have left Yamba for Pittwater (via Coffs Harbour, Port Macquarie, Crowdy Head, Broughton Island) – picked up our awesome new outboard motor ‘Growler’, sailed from Pittwater to Manly and will never forget it, caught up with Victorian friends and boat friends, sailed back to Pittwater and spent at least a week or so up on the sand at Bayview, where: 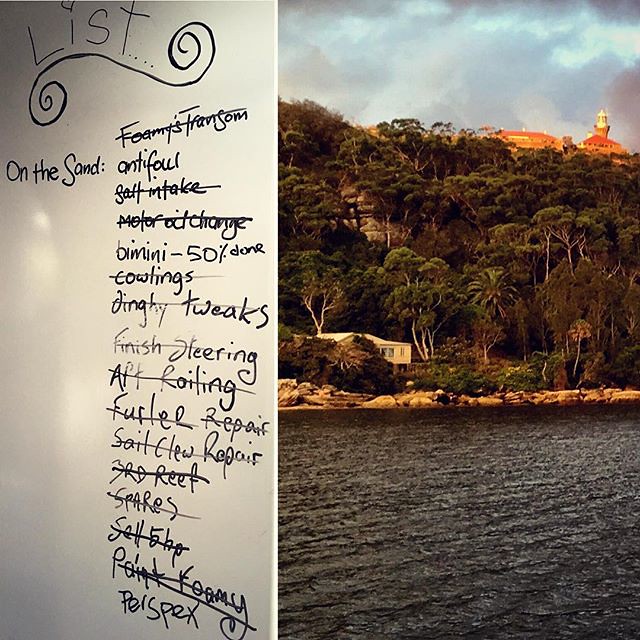 There was SO much to do. In our idyllic imaginings, we hoped that everything that needed to be done to attempt a passage to New Caledonia had almost been done. So idyllic. So wrong.

With a great feeling of relief, we left Bayview and simply headed across the water to a mooring at Barrenjoey Headland (which is the place to the right of The List above) where we had some R&R. It was remarkably soothing not to have to get anywhere or complete any jobs (for the moment). We arrived early because of high tide time where we left from. Small DB did some tiny house designing… 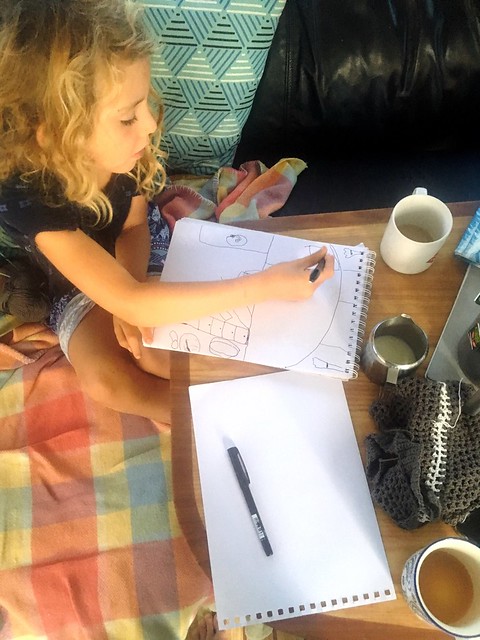 I reworked a beautiful navy linen shirt that I bought in Cygnet into a summer dress for Small DB. We both love it… 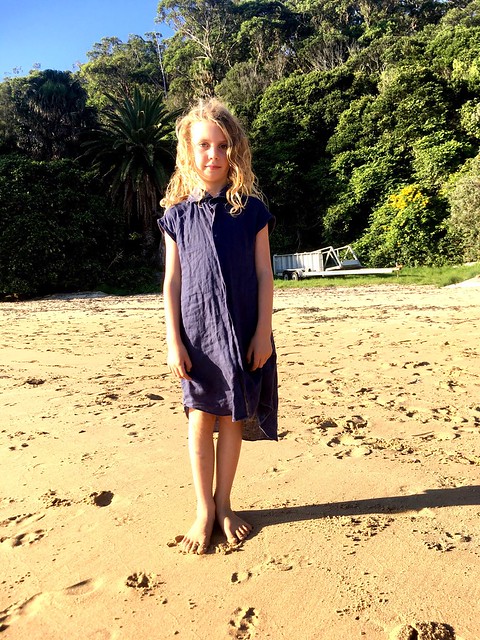 Here’s Foamy looking much improved – the Brisbane River had really manked him up almost irretrievably. 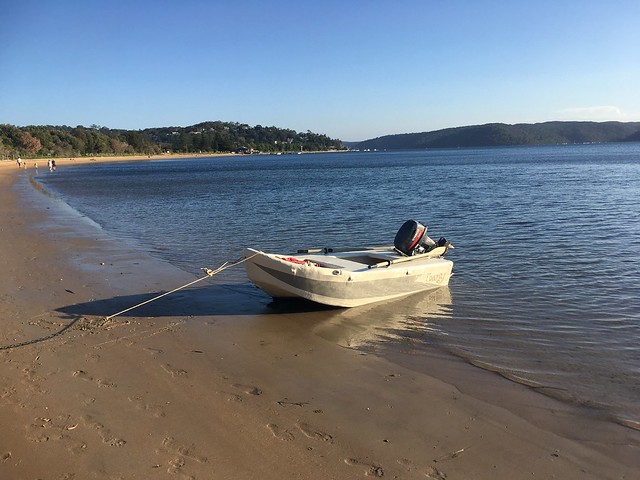 We did some beach frollicking… 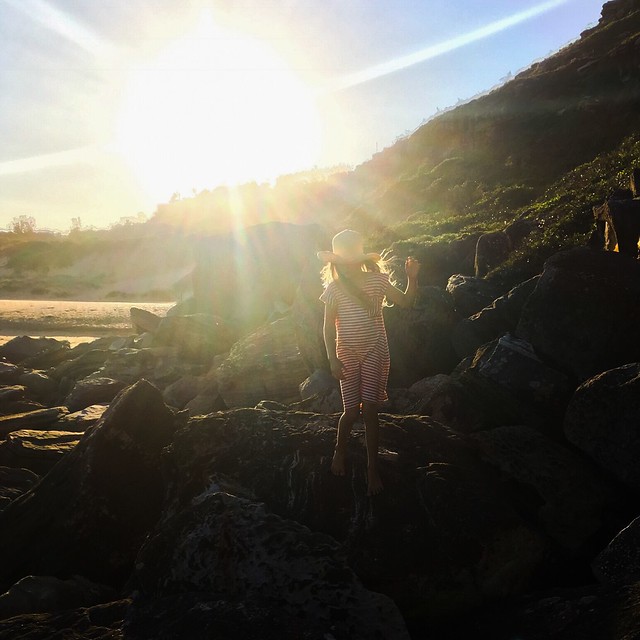 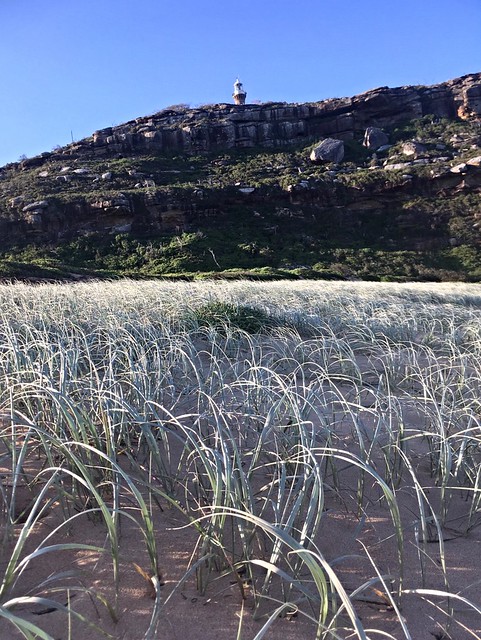 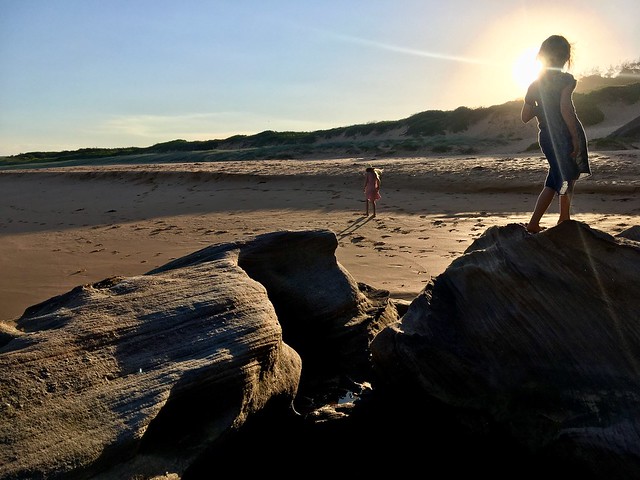 From there, on the 6th of April, we sailed to Newcastle – a destination I was most keen on. 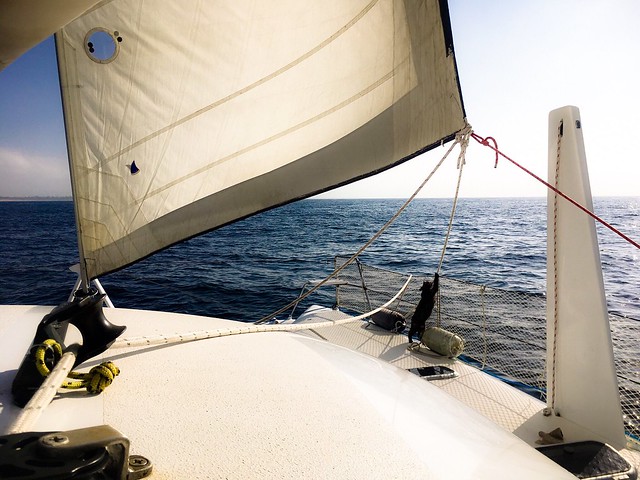 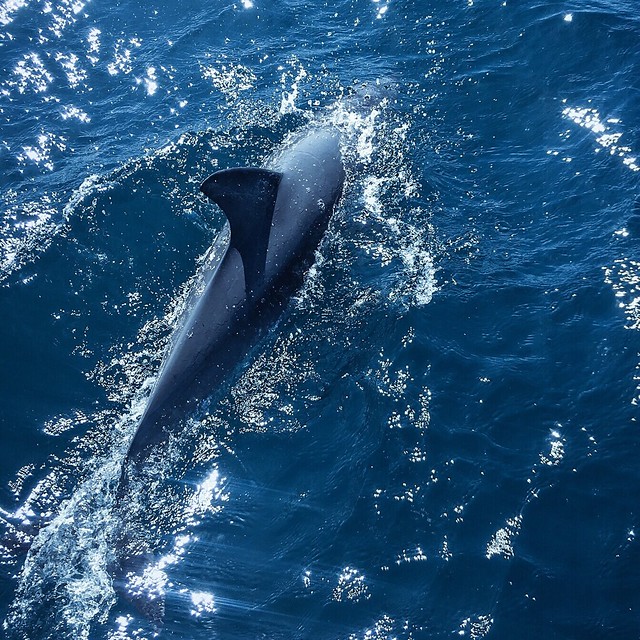 Newcastle didn’t let me down. 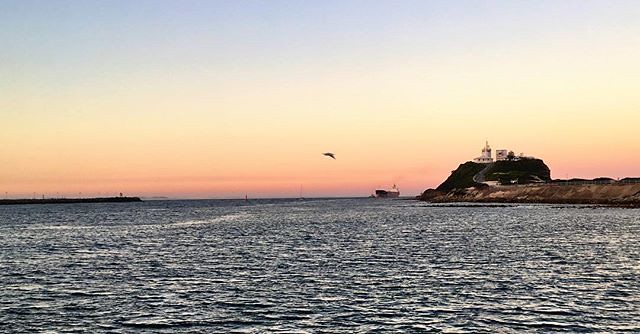 The Writer’s Festival was on – the whole place was abuzz.

Small Z made a book as part of the kids activities…

M’s cousin Margaret came for dinner, wine and stayed the night aboard and it was so great to catch up with her! She brought us some awesome vegies from her son’s farm. 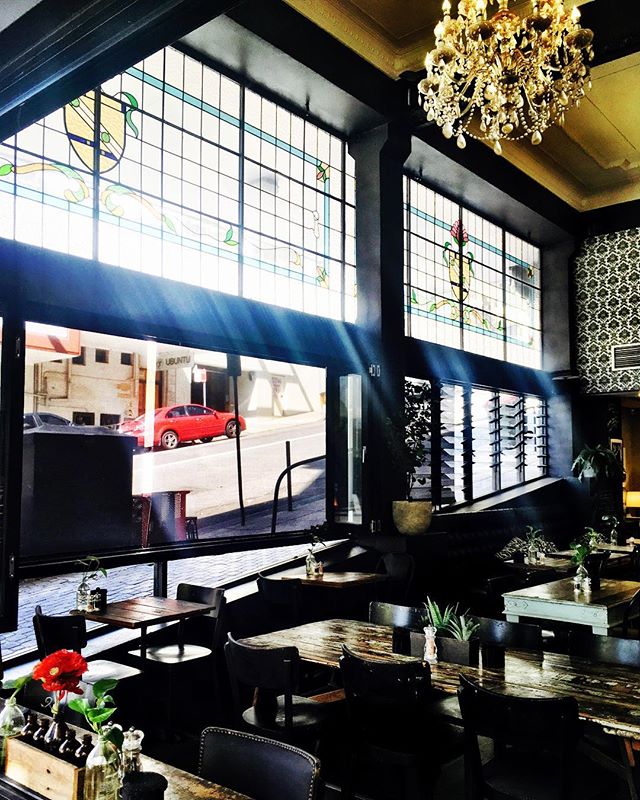 I loved it so much I started doing that looking up real estate thing. Nothing came up. I’d set my search price too low. Hilairy-not. 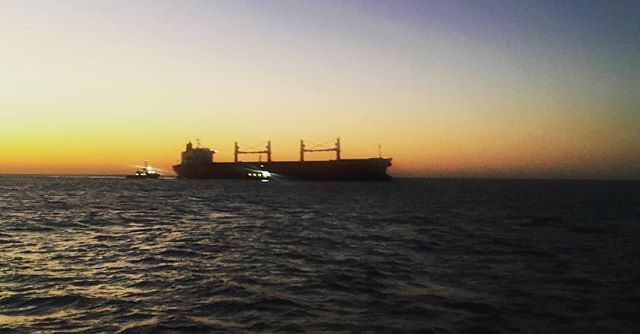 After two short nights we headed back out to sea at about 6am on Monday 9th of April. Before we left, I headed ashore to the dog beach and hooked up with Ruth Tedder – a sailor/writer/allroundawesomer I had been put in touch with by a mutual friend. She was kind enough to let me brain dump on her about our upcoming journey – we had a great chat that was only cut short by the demands of our children and the darkening sky. You can see some of her awesome here.

We’d decided to scuttle back to Yamba in order to organise all the schiz we had yet to deal with. Our mail was with Belinda, and our other friends were there, also organising to do the same journey. We set out gaily, having a delightful, dolphin spangled sail… and then belatedly realised we had no diesel to run the stove. There is a reason we refer to the diesel tank as the ‘magic pudding’ – it’s because it never runs out… until it runs out.

With two nights at sea ahead of us, this was too daunting to contemplate, so we pulled in at Port Stephens, just as the wind dropped out. Picked up the only mooring. Huzzah! It is a very lovely and protected place – but sort of like a titchy version of Airley Beach. We went hunting for diesel via three op-shops, because it was very hot and both M and I had no hats.

I could tell you now, how M was diligent about not leaving the Small’s scooters unattended outside the first two opshops. How he dropped the ball at the third one and left the two scooters, the diesel container and his backpack out the front, while I made Small DB pick up her backpack and bring it inside like a hero. I might then mention how ALL THOSE THINGS were GONE when we exited the opshop… and my swift detective work led to the discovery that an overenthusiastic volunteer had picked up our (admittedly tired looking) possessions, thrown theM in his truck and taken them to the tip.

Some quick work by the ladies in the back room led to the discovery of Overenthusiastic’s mobile number and half an hour later, our stuff had been returned. In the meantime I hung around. One of the ladies said to me; “Well, you know, you’re very lucky to get your things back – this isn’t Byron Bay you know…”

Byron Bay being, presumably, the place where anything goes. Where anything can get left out the front of an unassuming opshop and will remained unmolested by anyone for an undetermined amount of time. Maybe we should start wearing shoes and brushing our hair more often? Anyway, crisis averted. We got some diesel and supplies for the sail in front of us. By the time we got back to the mooring we basically all toppled into the water because it was SO HOT. Then I made some roo bolognese in the thermocooker for later than night…

Took off later that afternoon and there was ZERO wind… 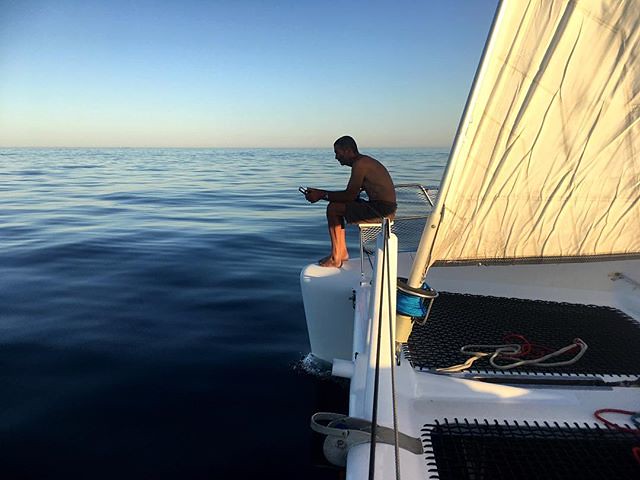 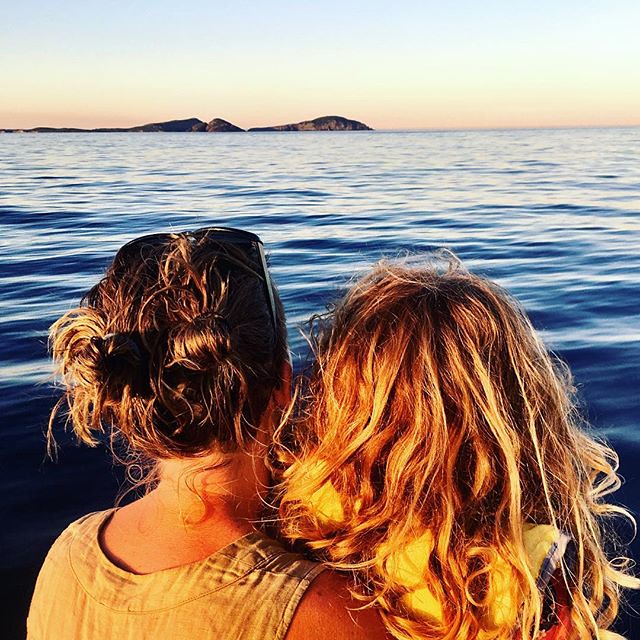 We motored out to Broughton Island through a flat calm sea, and found some breeze. By around 7pm we had 202 nautical miles between us and Yamba. We did three hours on and three hours off – M’s notes indicate that by 6.30am the next day we were off Camden Haven… 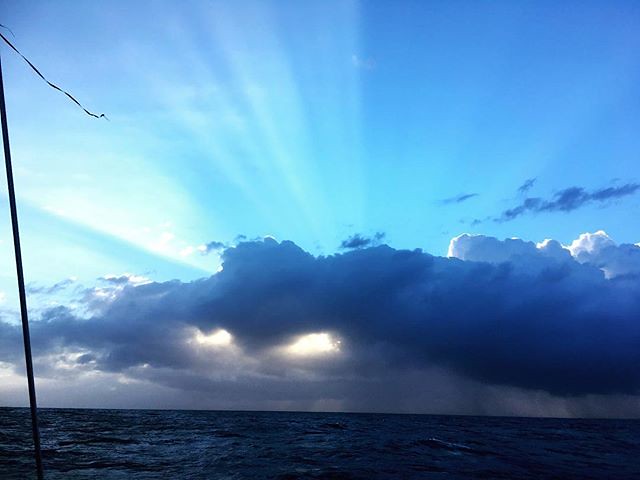 M, clad in his new sailing jacket. Check out the new bimini!! Huzzah!!! 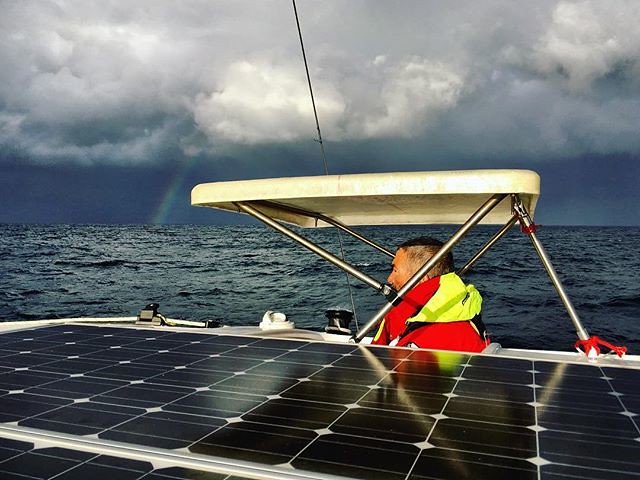 Continued sailing all day and into the night. We made good progress, but be assured, the Smalls and I endured it as a cheap and environmentally sound way to travel. Saw very few other boats – although M sighted one during the night that kept changing course – he had to put on our decklights to illuminate our sails to make sure they saw us…

We averaged about six to seven knots through the night using just the jib and arrived in Yamba at 7.30am on Wednesday 11 April – jumped off Bella Luna and hit the Yamba Farmer’s Market – SO GOOD TO BE BACK!

After coffee and chai, catching up with people, we staggered back home and passed out for the day. Sorry Michelle and Greg – we were SO KNACKERED. 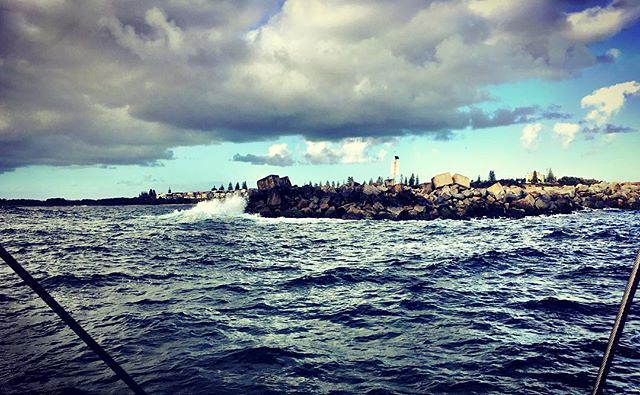