Boom! Belatedly we realised that our steering is busted. It amazes me that it took this long to discover… It must have happened incrementally over time. I was under the foggy impression that when the autopilot belt broke, M had done something to alter the steering – this had resulted in the wheel being super-stiff; I was constantly battling a sense of horror that I might be committing the cardinal sin of trying to steer manually having forgotten to turn off the autopilot.

But how could M not have noticed? Even as we fanged toward Barrenjoey Headland at 15 knots, he still hadn’t twigged. But a little while later, after a day of recovery in The Basin, he realised we had almost no movement in one rudder.

I will prevail upon him to provide the blog with a technical explanation, but until that happens, I can only say that the system he originally built was not the right choice. He was advised at the time by the designer to install a Spectra rope-based steering system, but decided not to. However, that’s what he’s installing now.

After a couple of nights on a paid mooring at the RMYC (land of wondrous front loading $4 Maytags and late afternoon happy hour) we scooted over to Rowland Reserve, kicked up the rudders, pulled up the motors, and settled in for some MAINTENANCE (otherwise known as financial haemhorraging). It’s a great place to do it – we can walk to Mona Vale library and shops, and there is water available in the park.

The other morning we awoke to find ourselves SURROUNDED by a canoe carnival!! 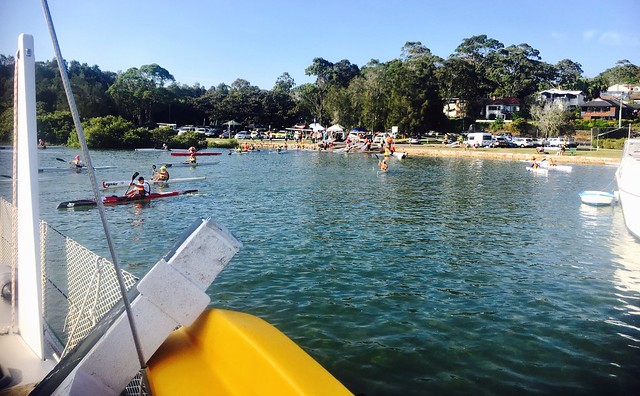 But generally our current reality is more this: 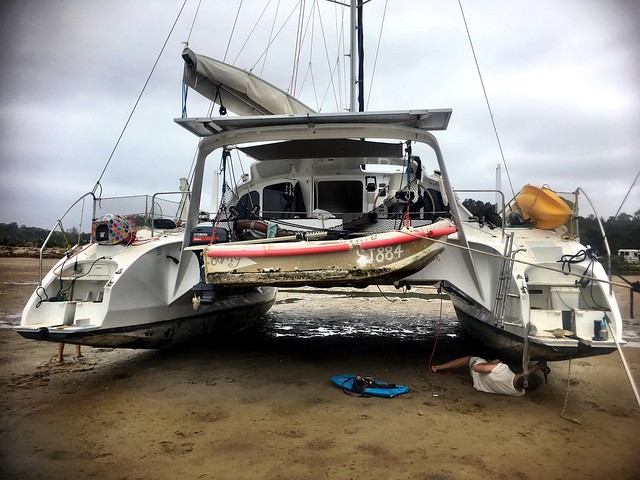 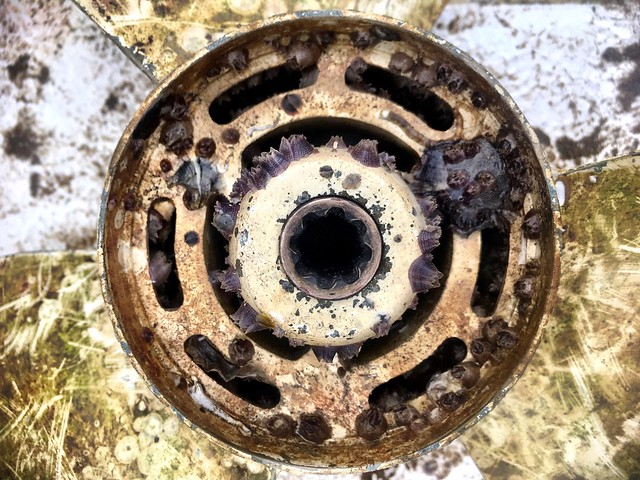 Which I transformed to this; 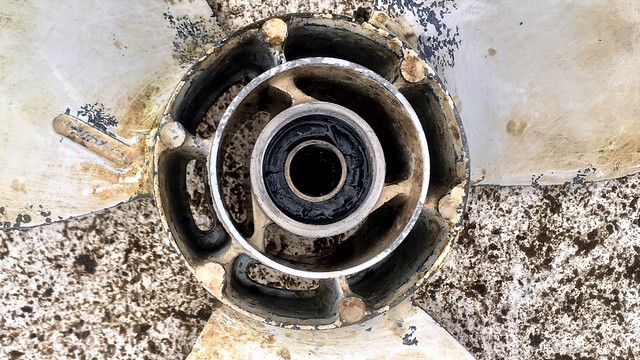 We were somewhat overdue for some general maintenance. You realise this when you find oysters in the propellers and your anodes have disintergrated like this one… 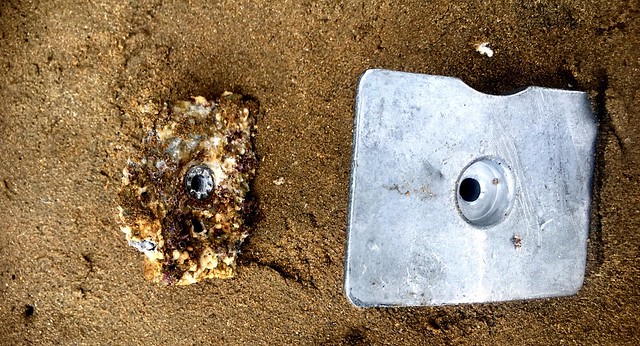 On the left is the old anode, on the right is the new one.

In other news, M and I passed our Long Range Operator Certificate of Proficiency – HUZZAH!! 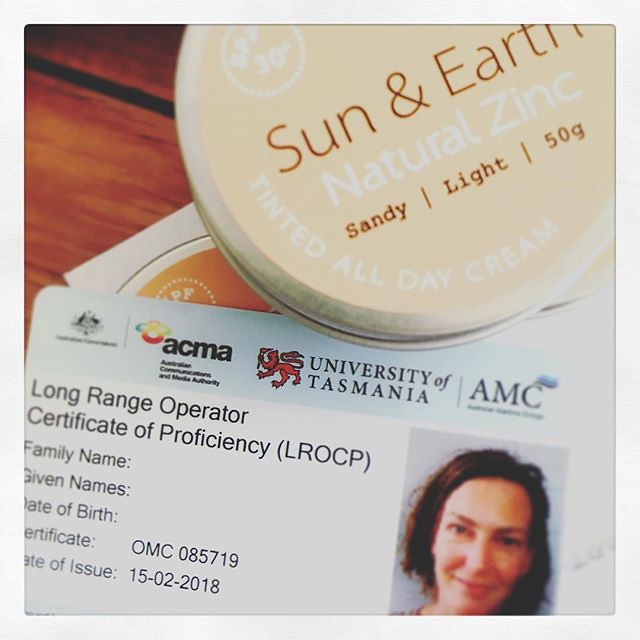