I write this a little belatedly, but I want to document our first bit of time spent in Pittwater (not counting our very brief visit last time. For anyone visiting on a boat, save yourself the trouble of looking for a public/courtesy mooring. There are none.

It is well known that you can borrow moorings at The Basin, Refuge Bay etc. as long as you move on if the owner turns up. A good and equitable system. However – we needed to base ourselves somewhere down the Newport end of Pittwater because we were picking up our NEW TREASURE.

What is this NEW TREASURE of which I speak? A 2-stroke 15HP Mercury outboard that we bought from a guy on Gumtree for a very good price. M was in a lather of excitement to go from 5HP to 15HP – but was equally convinced that such a find would immediately stolen from the boat we were to remove it from. Glass half empty. This is the person who walks past deserted building sites and comments knowingly, “Run out of money…”

Anyway – we scoured the sailing forums, Google Earth, everything to find somewhere we could even just ANCHOR – but found only one thing. A sand bank kind of place where we thought we might pull up – however, when we went to check it out, there was a big ‘No Anchoring’ sign. D’oh. Eventually, after it was all getting a little too stressful, I booked two nights at the Royal Motor Yacht Club – which, despite being $15 more than the Royal Yacht Club of Tasmania, seemed to be good value in view of the locale… 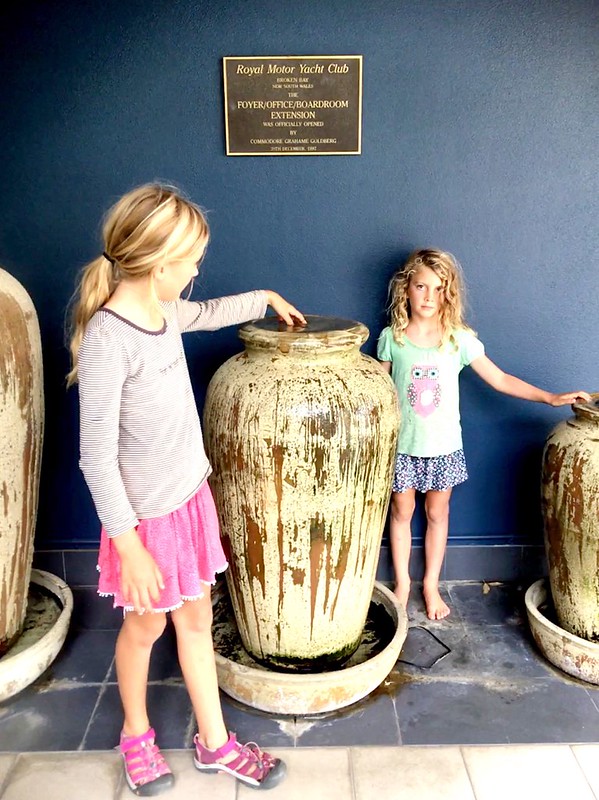 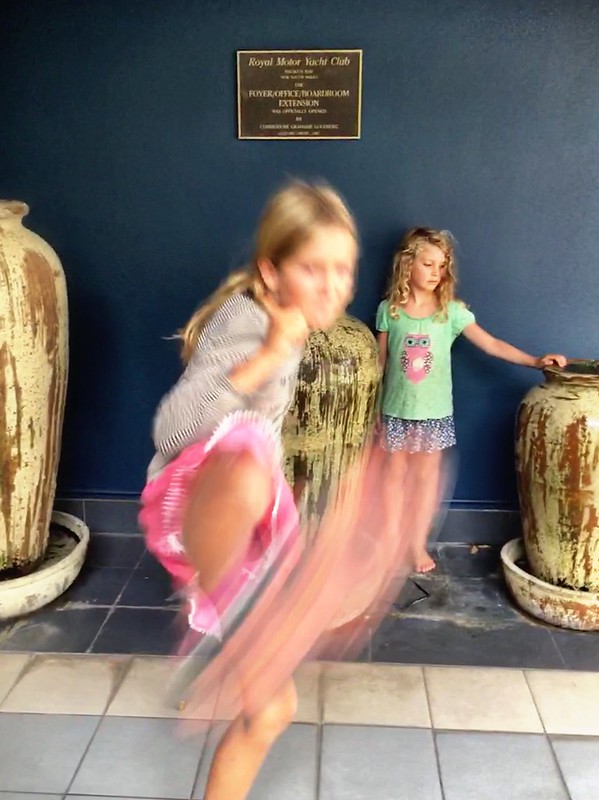 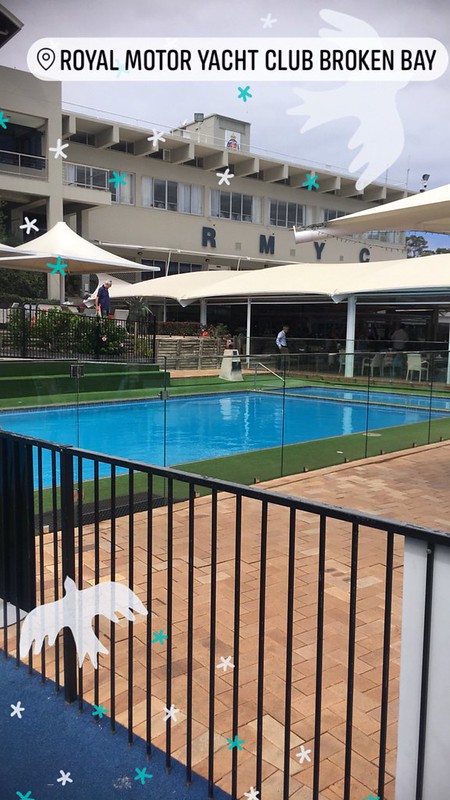 We were able to take Foamy around and tie up around the back of the Newport Ferry Terminal. 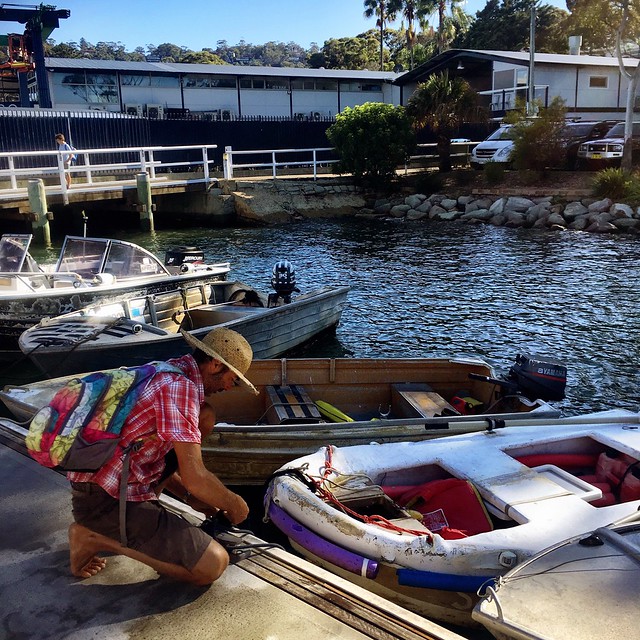 Some kids were being dropped off for school. 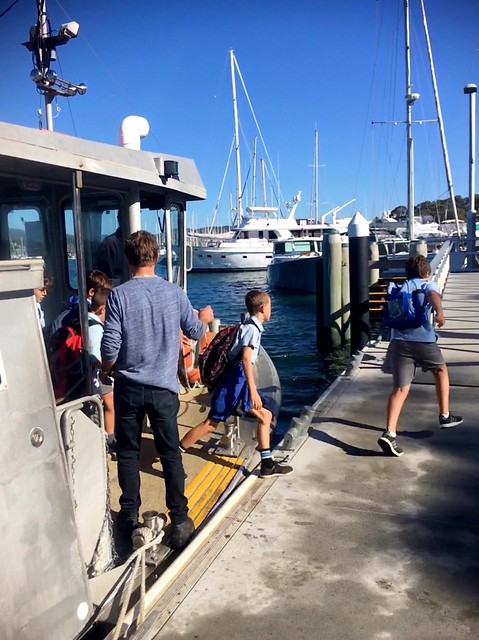 The first cafe we saw once we walked up a short hill? GF Cafe!! Right next door to the little mixed business post office that I had had some mail sent to… They weren’t totally happy about my mail forwarding, but handed it over when I said I wouldn’t do it again…

Finally, M picked up the New Motor. Oh what a happy M. He is now legitimised as a dinghy owner, graduating from putting along to FANGING. As proof, I will cite an occurence that occurred.

//Scene// – M, legitimised, weaves at legal speed through the boats of Newport, waving at Wild Oats and dodging bazillion dollar vessels. Then he gets out into the channel and goes hard. Zooming along. Aaaaaaand is pulled over by the Water Police. They check that Foamy is equipped with all the necessary safety gear – that gets a nod. Then ask him;

“Mate, why were you going slowly through the boats and then speeding down the channel?”

“Because I just got a new motor. And I’m a dickhead.”

In amongst two nights on the mooring and doing ALL THE WASHING, we did some exploring on the land… 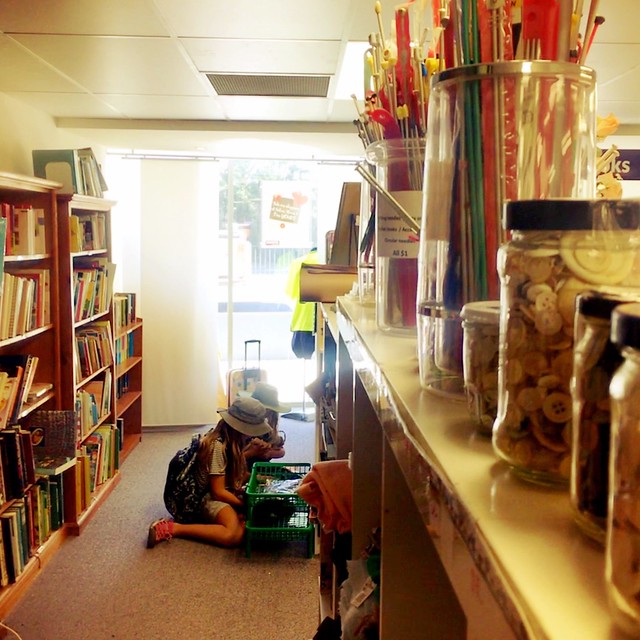 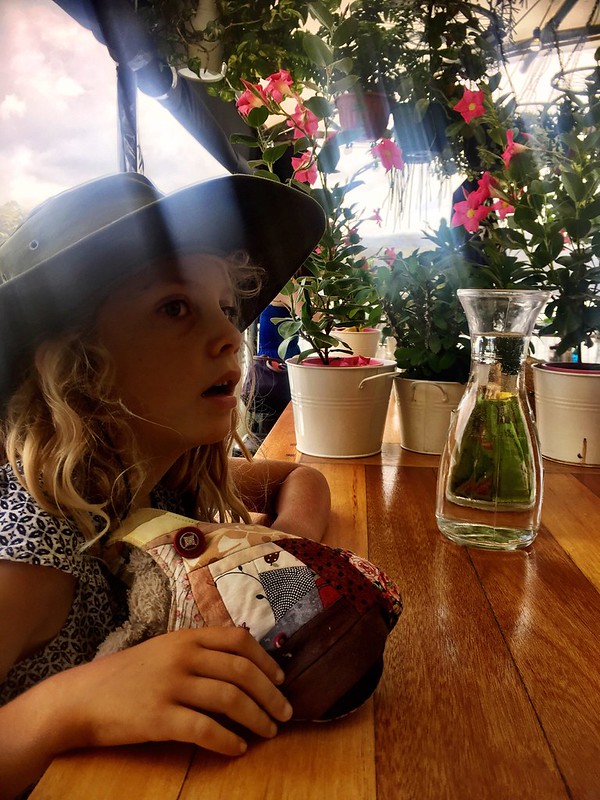 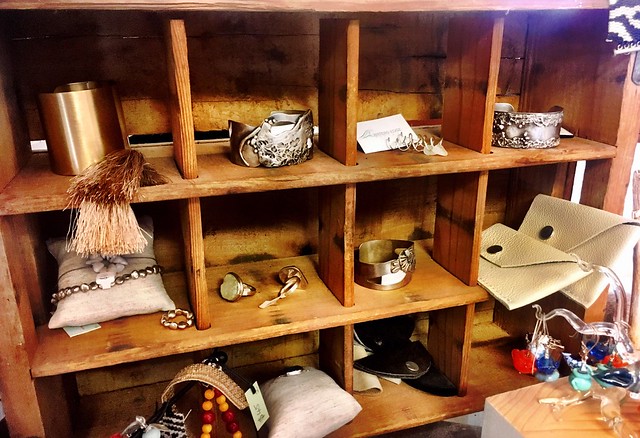 And we spent a good amount of time ogling the waterfront real estate (please excuse this photo, it is hopeful at best)… 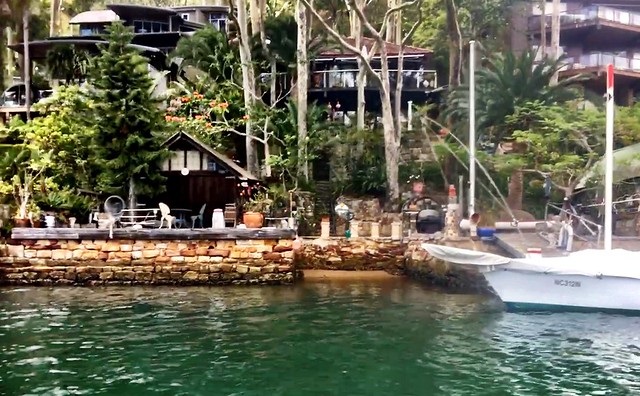 The two nights on the mooring gave us the opportunity to scout about a bit more – we had noticed another catamaran or two near a boatramp over in Bayview – almost opposite the Royal Motor Yacht Club. M went and investigated and decided it was a good option. We needed somewhere to beach Bella Luna at low tide so he could work on reinventing the whole steering system. It was perfect. 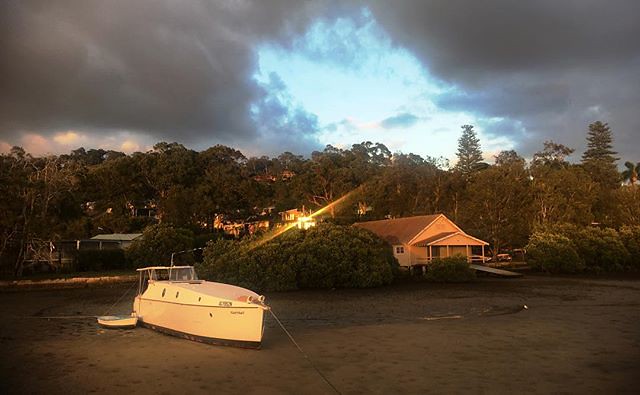 I also did a little bit of sewing and Small DB helped by mending her sister’s red dress I made her a while ago. Here’s a picture of them both in dresses MADE BY ME!! Really!! 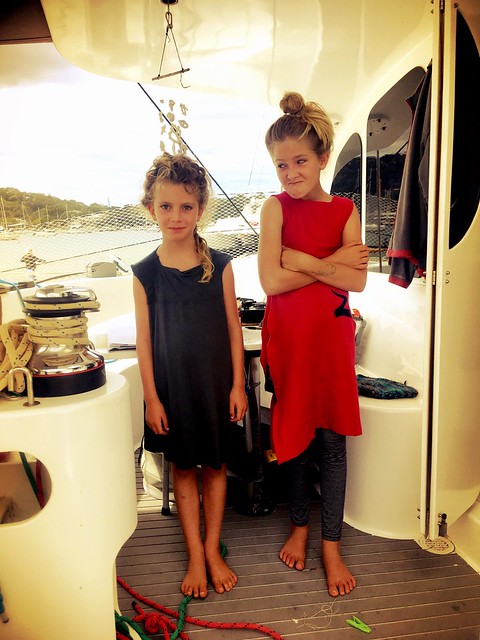 Delicious Small DB (and some of my hand-stitching) – her dress was made from a beautiful skirt given to me by my lovely Honeybone friends. Being a boat-person has just meant I haven’t worn it very often, but I really didn’t want to part with it, so now… it is being put to use! 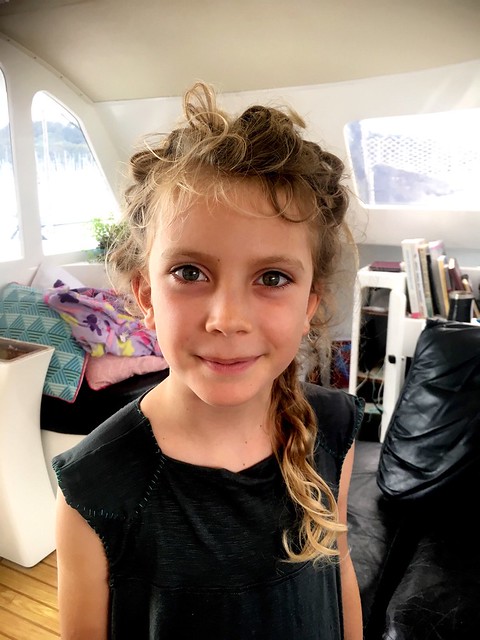 I will finish this post with Honey in the Weet-Bix box. She will get a post of her own soon – all about her many vaccinations, and her first swim! 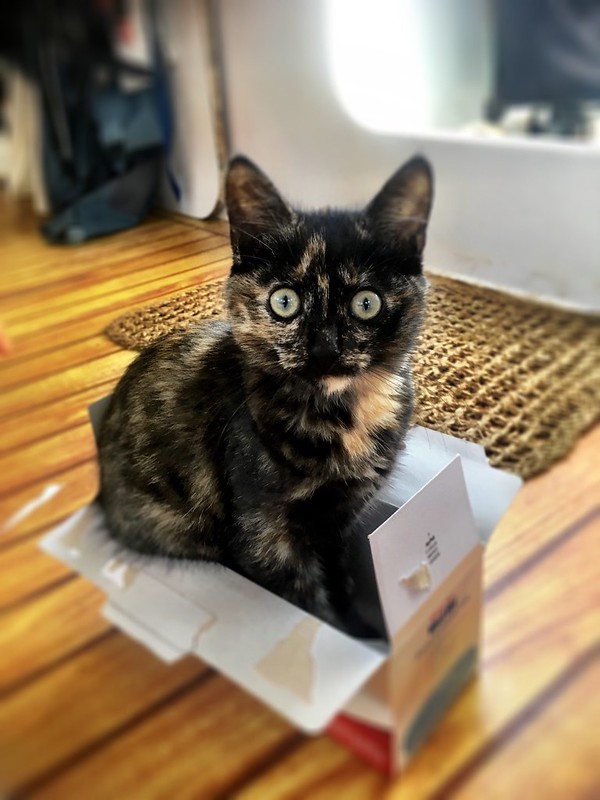