If Yamba hadn’t been getting hotter and more mosquitoey, it would have been harder to leave than it was. We had a final morning of Bush School in Iluka on the 13th of February and said goodbye to our friends – all of whom we hope to see again sometime before May.

That day the Smalls learned about microbats – how big they are and how they use sonar to navigate – a form of echolocation. We all played a game of Microbats and Moths, all the kids in blindfolds on the beach, some being microbats (‘bing!’) and some being moths (‘bong’)…

They also made little foot-sized rectangle fences with string and sticks, and used wet sand to leave a footprint inside it to see what happened to it over the course of the following week. This was to demonstrate how tracks can degrade over time…or not…

Obviously we won’t be around to see for ourselves, but we hope to get a few photos of the footprints after next weeks Bush School to see what they ended up looking like.

Just after noon we headed back over to Whiting Beach – M went ashore to get a boat-thing. 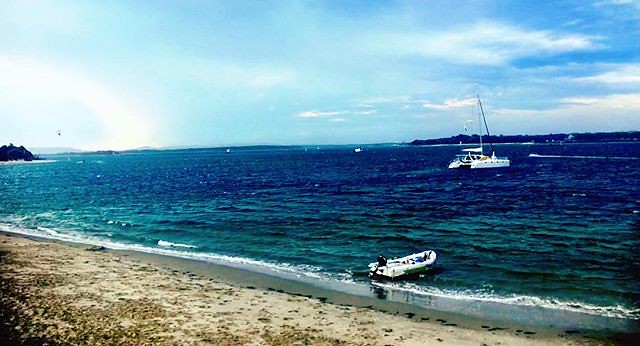 Small DB and I jumped into the water to cool down and then put on our masks and snorkels – I spent an hour trying to chip barnacles off the propellers and she swam around checking out all the fish who came to eat the barnacles that were flying everywhere.

Barnacles. The scourge of our hulls!! They are sharp little bastards, and no matter how careful you intend to be, there’s always a few bits of you that get a bit cut up. Gah. I was happily rescued by a suggestion from Belinda – she was going to the supermarket, did I want to go along?

Yes. YES. YES!!! We had gone to Grafton the day before for a homeschool meetup – I had intended to do a large we-are-sailing-away kind of shopping expedition. But instead forgot my purse. *facepalm*

I begin feeling a bit unsettled if we are lacking in provisions. In fact, I had resolved to buy more packety stuff in the knowledge that going back to sea was going to be difficult, and that a few muesli bars and ginger biscuits might ease the process…

Belinda whipped me up to Coles – we were KIDFREE! I managed to do a killer sailing shop and felt much better about the idea of our imminent departure, although – again – we would have to say goodbyes… The sucky part of a cruising life.

It took forever to defrost the fridge and then put everything away. Even as I was doing it all, I was aware of a tiny little bit of pre-voyage quease. Why!? WHYYYYY

I didn’t feel anxious about the impending journey, or not that I could tell. sigh None of us got a very good sleep that night – we were at the Farmer’s Market by 7am and managed to get the excellent eggs before they sold out! Woot!

My tinge of quease remained.

We bought our bits and pieces and caught up with Belinda, Roxy and Eddie to say our goodbyes. 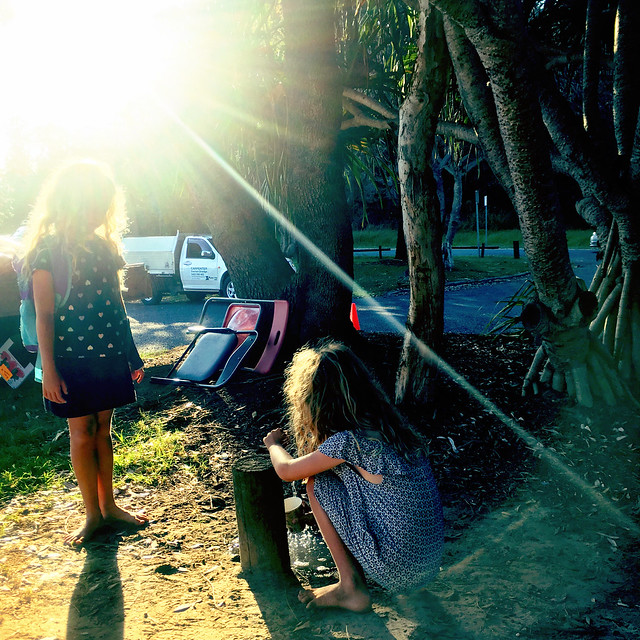 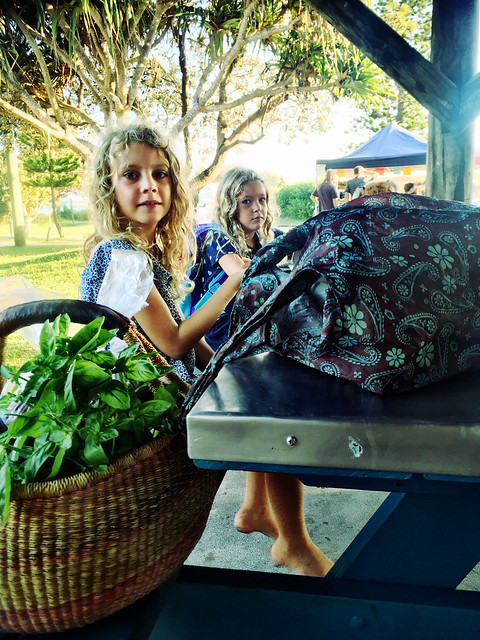 That was the hard bit… although we know we will keep in touch – but it will be odd not to be discussing where we might meet up and what we might do – Belinda helped us soooo much while we were in Yamba – schlepping us around in her van, letting us hang at her house and have time off the boat – even looking after the Smalls a couple of times!!

We miss you Belinda.

At about 10am we waved goodbye to Yamba, where we have been for three months. It was exciting for about the first 40 minutes of sailing, and then… BLERGH. I don’t know why the first day back at sea is hard – it’s an adjustment thing – but we all (except maybe M) had the quease, and the quease was real.

It was a Very Long Sail. I had been hoping we could go into Wooli – but the bar at Wooli Wooli River, while navigable, might put us in the position of not being able to leave after a day or two because of changing weather conditions.

We continued on toward Coffs Harbour…and met a thunderstorm. It was like a huge grey meringue. 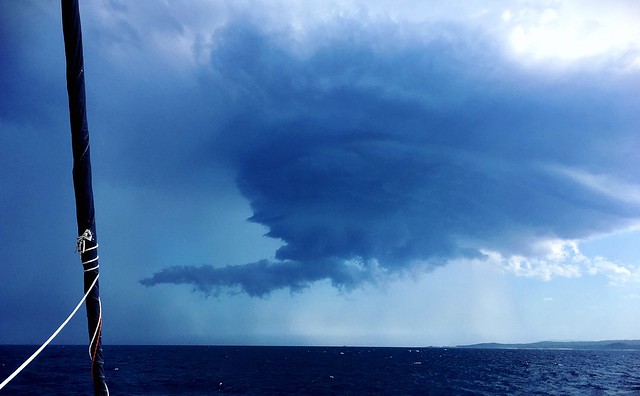 The thunder was loud, and the lightning was crackling. I could smell it. There was no rain. We covered up the solar panels with blankets and turned Bella Luna toward the coast in an effort to avoid the worst of it.

It was a dicey 20 minutes or so – we don’t really have a metal box to put iPads in – apparently you’re supposed to use your pressure cooker, but ours don’t fit in. Anyway… it was odd. If you looked to the left, the sky was heavy with the huge dark cloud – the right was hot sunshine and blue sky… 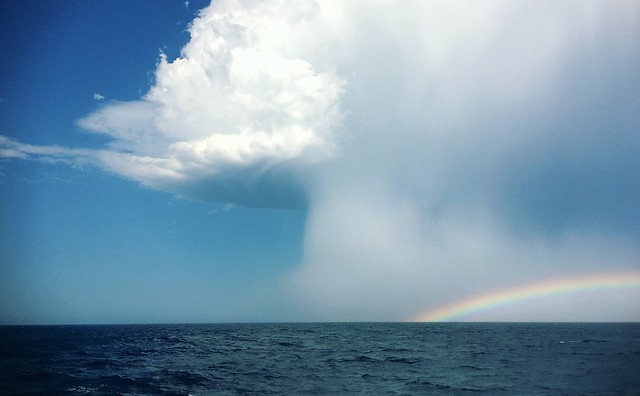 We passed the storm unscathed. All up, it took us 12 hours to reach Coffs Harbour – and that was motor sailing for the final two hours. My favourite. Not. As we came in past the breakwall, M remembered the moorings we had hoped to use last time we were there.

Both of them were free!! It was like we were given a gift at the end of a super long hard day, not having to go through the rigmarole of anchoring. We got an early night. 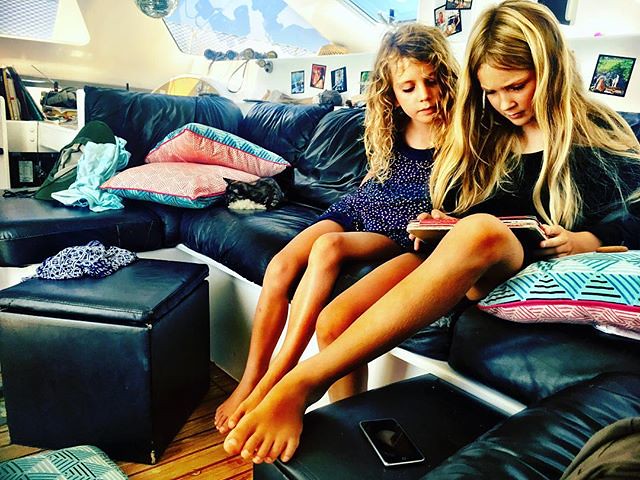