Since the beginning of the year I have been hunting for a fender – one of those squishy things that go in between your boat and the jetty, saving your paintwork. I love a quest. And I love beachcombing – but I had looked and looked for a fender and found NONE… until we neared Hook Island – this is what I saw through the binoculars… 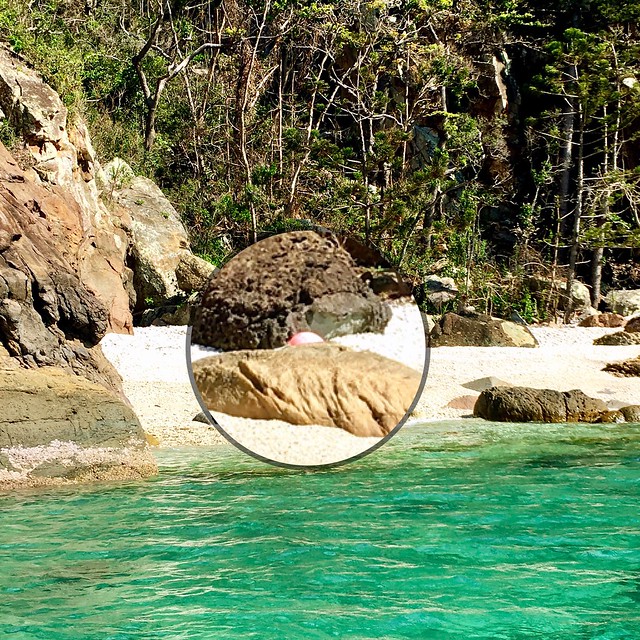 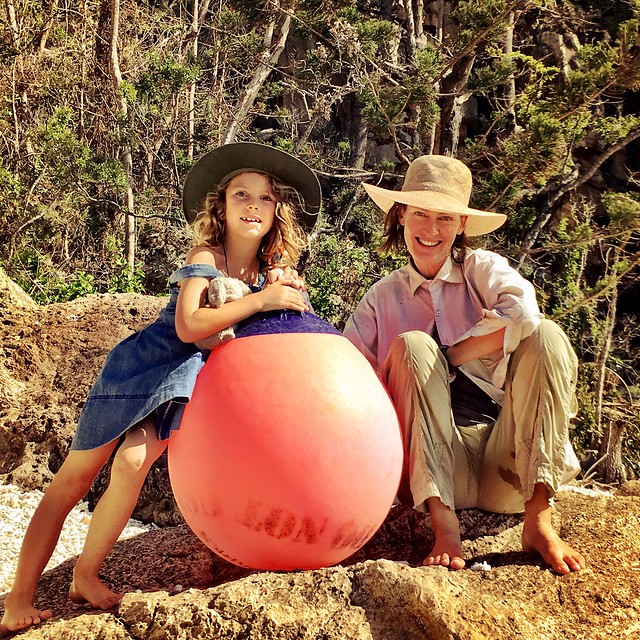 A fender!! Admittedly it is a fender for a boat much larger than ours. Possibly a ferry. But anyway – I was very excited to have my beach treasure manifest itself. And my luck didn’t stop there – on another little coral choked beach I found a 1mm full length wetsuit. Fits me perfectly ?? 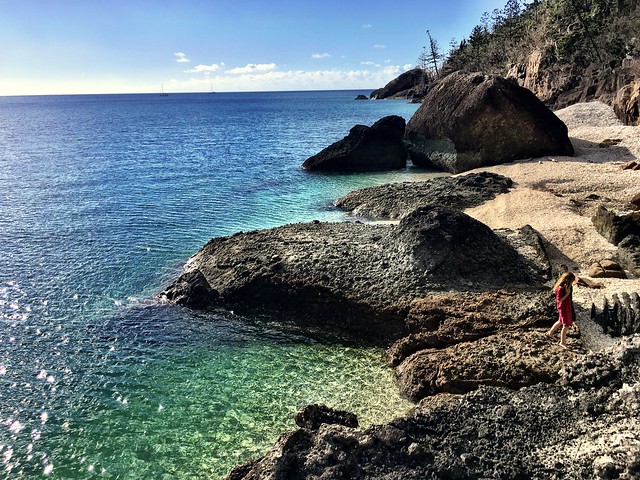 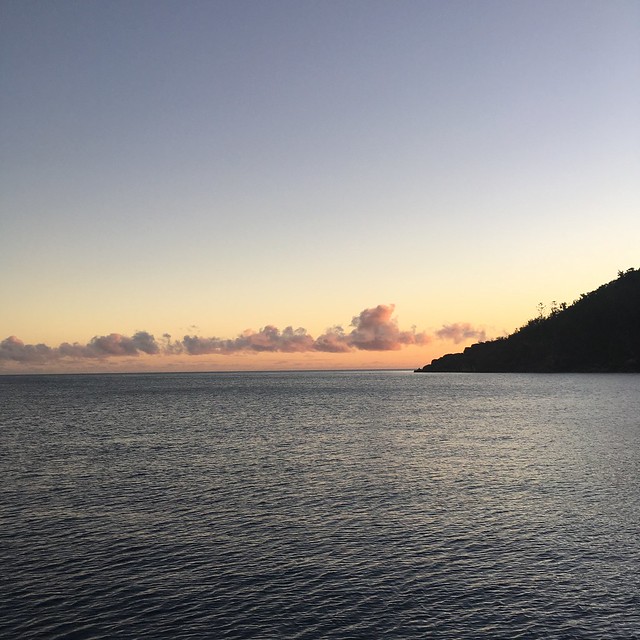 Belatedly, and quite sadly, we realised that we will never see the amazing corals that existed near either of these islands before 28 March 2017. Cyclone Debbie – OMG – I can’t even begin to comprehend the strength of that particular weather system.

The damage was pretty obvious in places with human infrastructure – looking at the horrible buildings on Hamilton Island and the houses nearby, there were many tarpaulins and the sound of chainsaws.

People we met on the yach Wine Dark Sea were in the area at a similar time and have some underwater photos on their site that show the coral degradation – here.

We went to the Pinnacles – where the snorkling is supposed to be amazing. And this time last year it probably was – but now there are just colonies of obliterated coral – largely beige… Also belatedly I realised that probably all the little bays we have stopped at were not always almost entirely covered by three feet of dead white coral.

It tinkles as the water moves it about. On the beach it looks like calcified cauliflower, bits of brain and wildcard vertebrae. 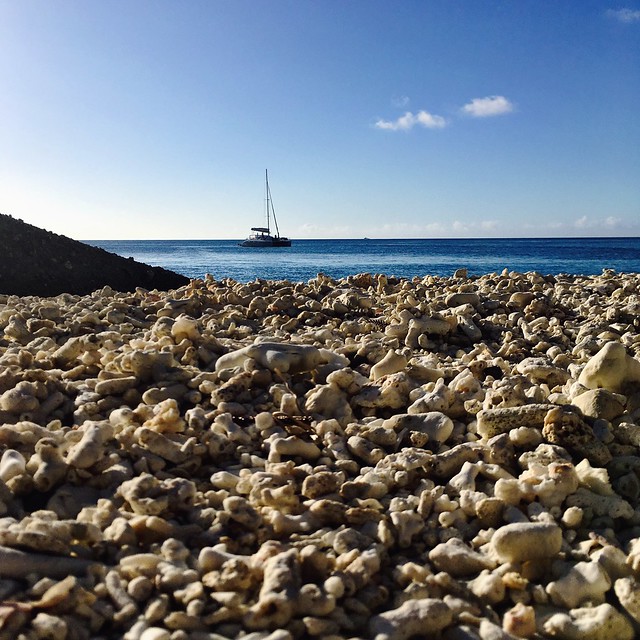 In amongst it all are occasional splots of colour – shells. Mostly cowries, some conch or cone snail. 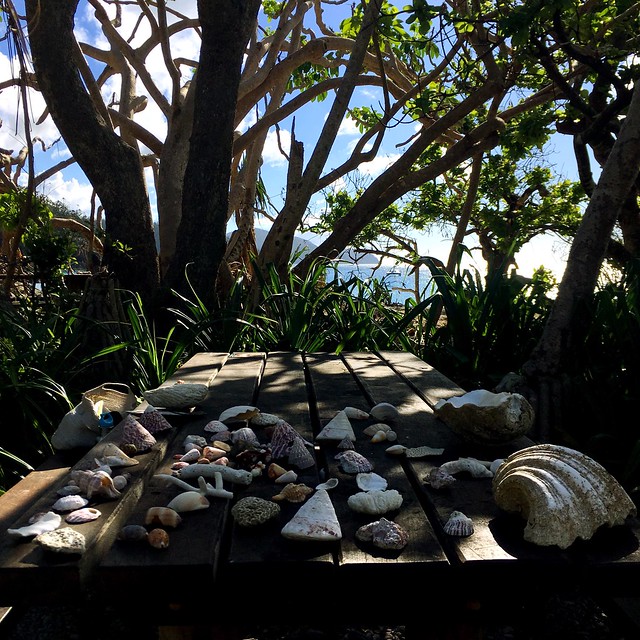 M and the Smalls were elated to discover a spot in the west of Butterfly Bay that had escaped storm damage, with lots of canyons and rock faces. They reported that the coral was amazing and that there were lots of big fish.

The best spot for fish watching was when we stopped at Manta Ray Bay – there were clouds of multicoloured fish and a particular Giant Maori Wrasse (bigger than Small DB) that followed M and the Smalls the whole time.

There are a lot of boats around – but moorings! There are MANY! And if you get on to one at 3pm or later, you can keep it for the night! Moorings are lovely in one respect – they take away that blob of worry that the anchor might drag in the night… However (and I’m sure I’ve complained about this before) having the mooring bashing into the side of the boat during the night is not a whole lot of fun.

M is the least tolerant of intermittent noise, and often get up in the morning to find he has tied our spare lifejackets around the mooring line, or stuffed a jumper in between two conflicting objects.

I had wanted very much to go to Border Island – but obviously everyone had read the same tantalising descriptions in 100 Magic Miles – “isolated” and “beautiful” and “…rewarding for those who venture off the beaten track.” Gah! WRONG!

There were just as many boats there as there had been at Butterfly Bay. We couldn’t get a mooring – there was only two and they were taken. We had a go at anchoring, but didn’t feel confident with the hold… Luckily M went motoring in Foamy around into the next little bay, and HUZZAH! – two moorings no one had spotted! We nabbed one, and were glad we had…

The wind kicked in during the night – the most we had experienced in that area – a steady 20 knot trade wind. It was a bit of a roly poly night. After moving back to Cateran Bay where we had spied a newly vacated mooring, we all went snorkling. 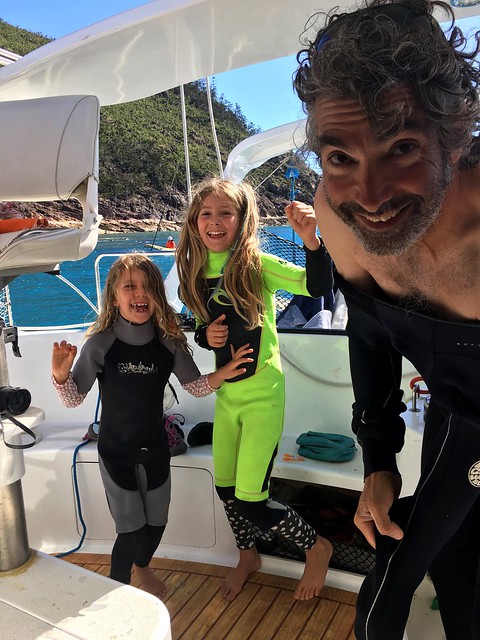 There were very few fish, zero coral – and the water was very milky because the wind had stirred up sediment from the bottom. We had put two wetsuits on each Small in an effort to keep them warm longer, but in the end we didn’t stay in for very long – visibility was not great. 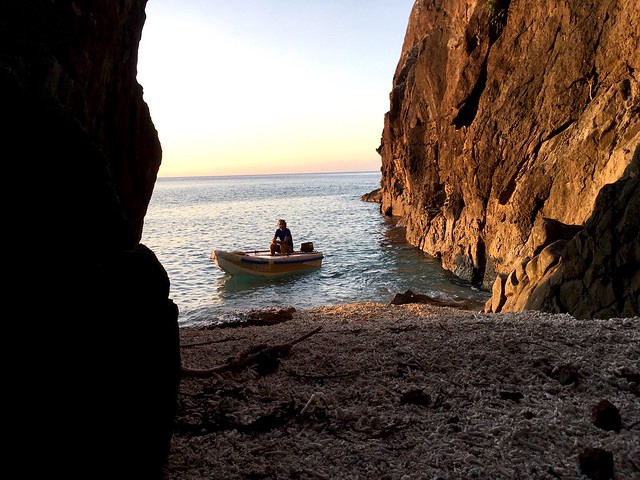 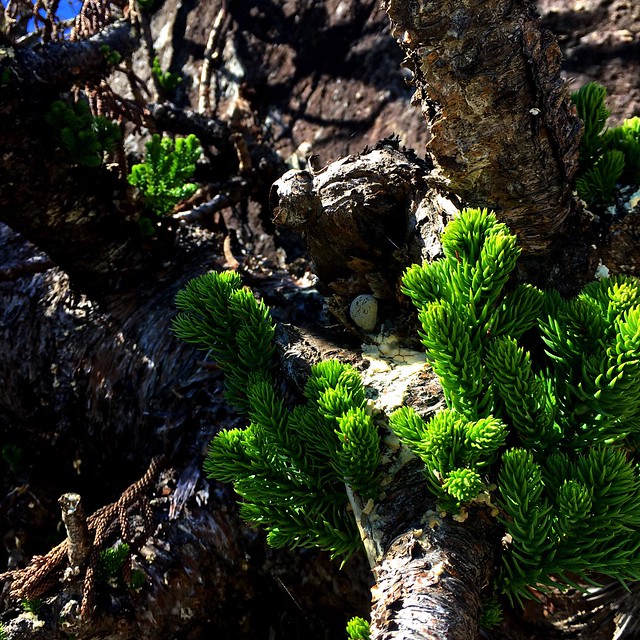 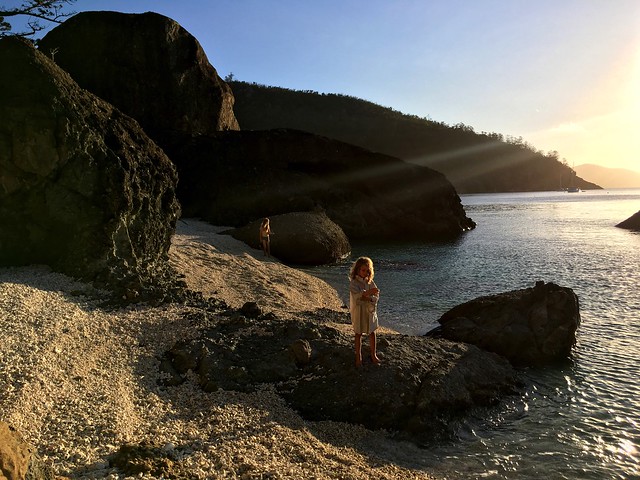