After leaving Bermagui we pulled into Jervis Bay when it all got too hard. Had to motor for a few hours in order to get in before sundown. In the morning, we had new neighbours! 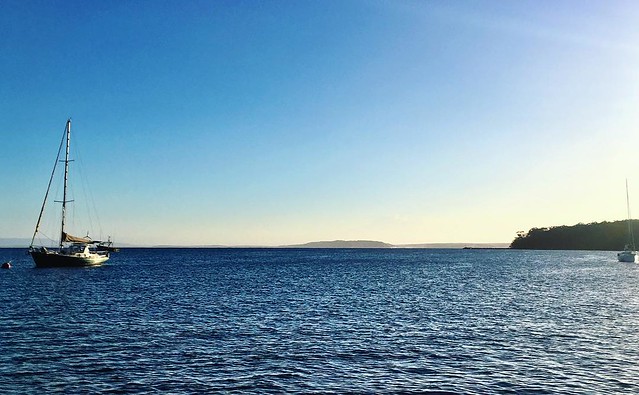 We spent two nights there, and planned to leave at about 9.30am on the morning of 9 May. However, the Australian Navy had other ideas and sent a message over Channel 16 instructing all boats in the area not to go anywhere until 11 AM because they wanted to practice their manouvres. Yike! Those warship things are ENORMOUS. We stayed dutifully quiet in one spot until 11 o’clock – it actually gave me a chance to make some dinner in the thermocooker, which I wouldn’t otherwise have been able to do. It also gave my psychosomatic quease-dread a chance to subside.

We went right out to sea this time – because that’s where the MetEye said most of the wind was. Ha! We had planned for a worst-case-scenario of a hideous windless slog to Sydney that might take up to 30 hours (kill me now). However – we had the opposite issue!

We were making such good progress that our ETA was 11pm that SAME NIGHT! What the?! It was really not our intention to reach Sydney in the dark – I’m sure it’s hard enough to navigate the harbour in the daylight! It was super-frustrating, but we took down the mainsail and reduced the jib to the size of a hanky and averaged about 2.5 knots all night.

It was still a good sail, and I didn’t have the quease, but we were both extremely vigilant on looking out for big ships – both out on deck and over the AIS. I almost had a heart attack at one point, when about six ships appeared on the screen…and belatedly realised that none of them were moving, and we were passing Wollongong, where they were all anchored. Jeeeez. 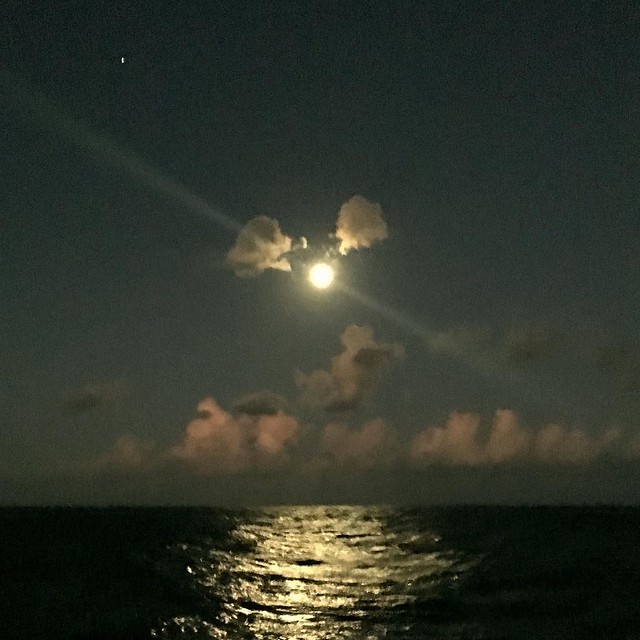 One thing that is on our extensive (and ever increasing) boat wishlist, is an AIS transponder. That would enable the big ships to see us. At the moment, we use the AIS receiver that is built into our radio and with that, we are able to see all other boats that have an AIS transponder – but they can’t see us. They probably can on their radar systems? I’m just guessing.

It felt like a pretty long night – but the excitement about what we were going to see as we turned into Sydney heads gave M and I a buzz – we woke the Smalls at 7am so they could see the Sydney Harbour Bridge and the Opera House.

Since she was about three, Small DB has remarked, every time we drove to the Mothership’s house on Nepean Highway and went under various pedestrian bridges – “Is that the Sydney Harbour Bridge?” She was finally able to see it for realz… it was super exciting! 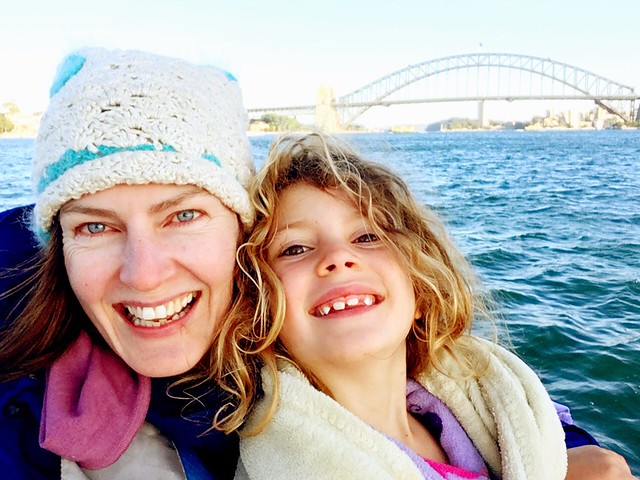 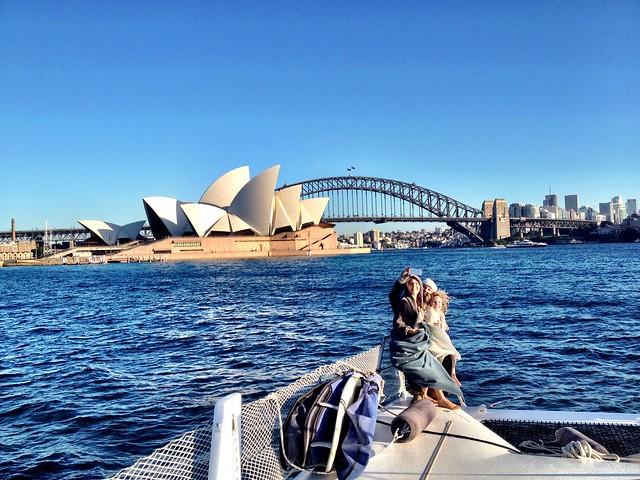 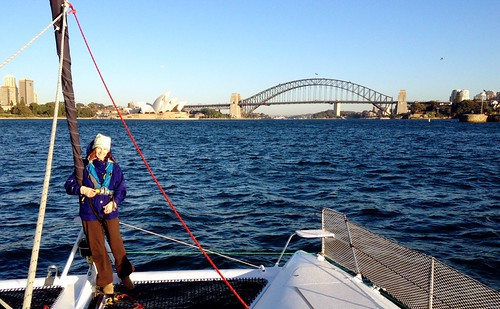 M had helped deliver a boat to Sydney a few years back, and knew he wanted to anchor in Blackwattle Bay. We ended up just past Anzac Bridge in between Glebe (hello Cliff Hardy) and the fish markets. It was a crazy feeling to realise that we had been in Tasmania eight days before (having stopped for two nights in Bermagui and two nights in Jervis Bay).

We were anchored right near the Sydney fish markets. 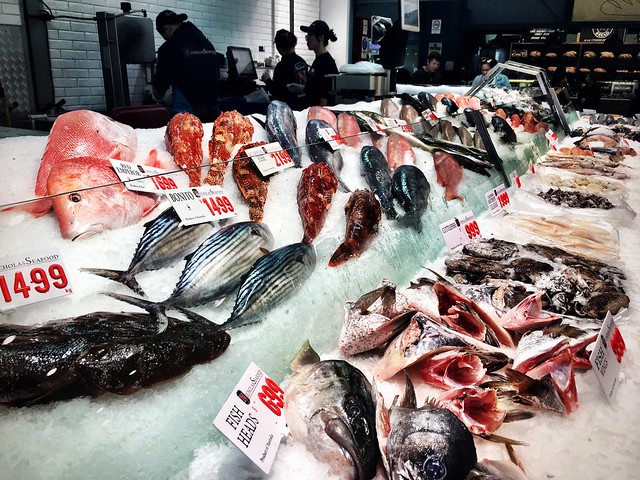 Sydney feels like kind of a big deal. A milestone in our journey…

Although we were dead on our feet, M and I were adrenalised and walked with the Smalls to the Powerhouse Museum – which was great, but as the day wore on, we could hardly keep our eyes open. The Smalls enjoyed themselves… 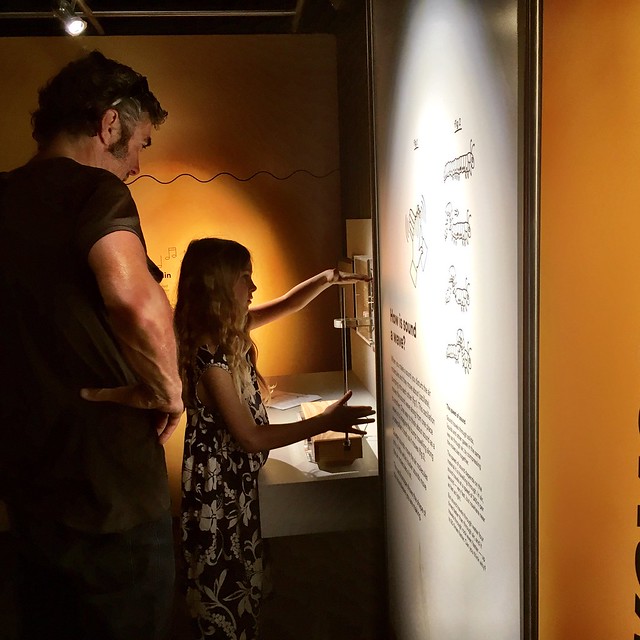 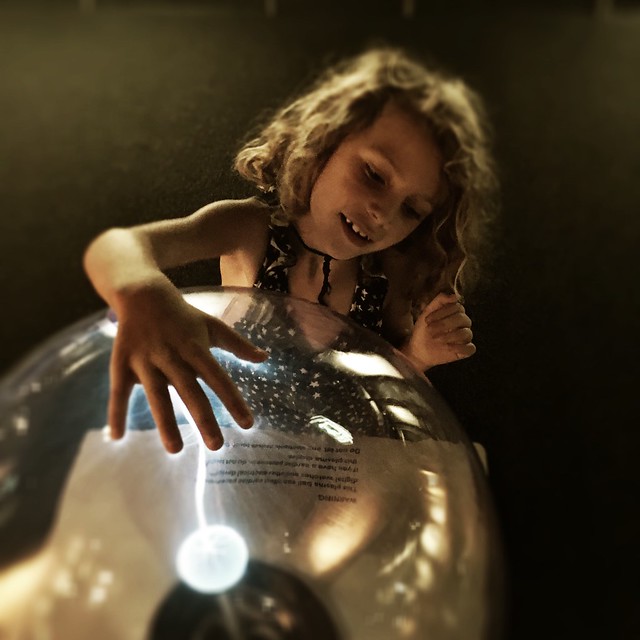 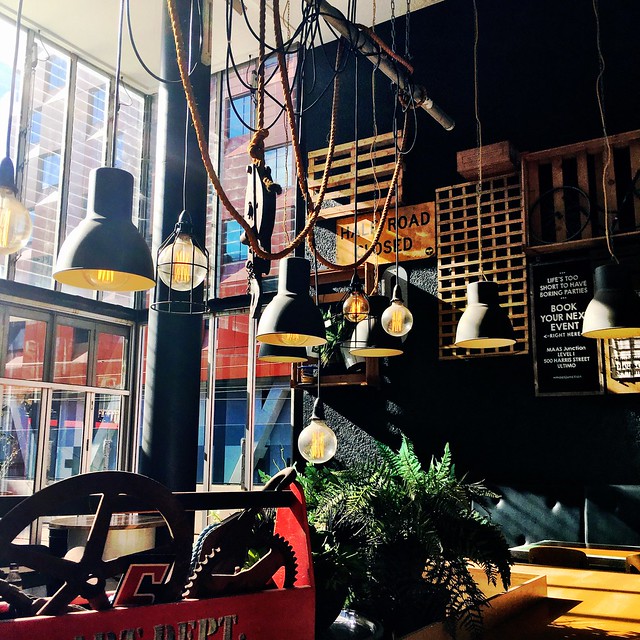 We had left Foamy tied up at the jetty next to the fish markets – one of the workers there told us he would keep an eye on it. We’ve used that spot a few times over the past five days and it has been very useful. (Those are the fish markets – behind M’s head as he steers Foamy.) 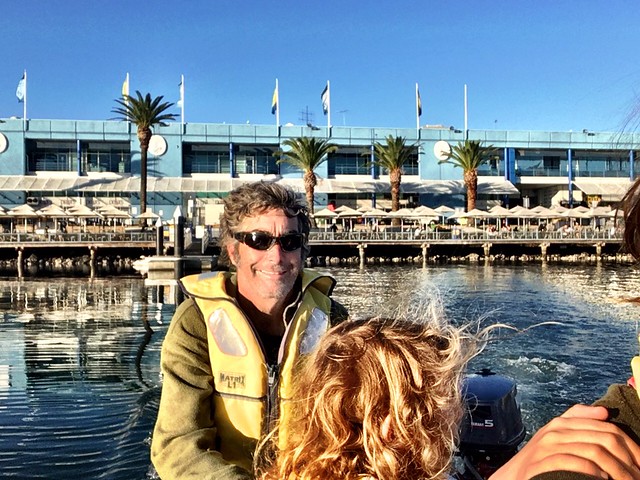 On our second day we (at Small DB’s behest) walked to the Sydney Opera House to investigate it. We walked via the Australian Maritime Museum, where we looked about at the things we didn’t have to pay to see, like the replica of the Endeavour. And this: 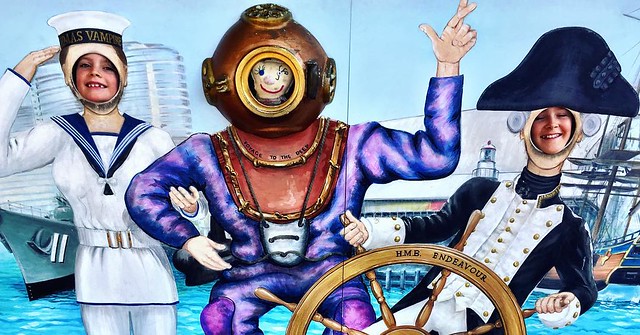 We walked on and found a Coles Express supermarket in the city and for $13 bought enough stuff for lunch, which we ate sitting on the stairs of a building in Martin Place – the only bit with some sunshine. It was interesting people-watching. Especially since we haven’t been in a city for some time.

We had competitions about who could spot the person wearing the highest heels – being lunchtime, people were coming and going. Besuited, be-heeled…all striding along, barely anyone looking up. Martin Place is odd – a tunnel of shade unless (presumably) the sun is right up above – because it is cut off by buildings at any other angle.

We stumbled upon the Tesla showroom… 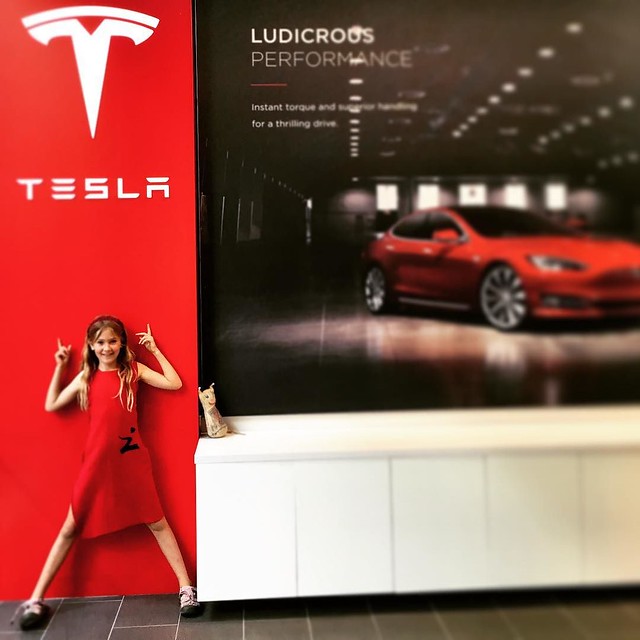 …and into the sunshine of Circular Quay. We were a minuscule part of the floods of tourists and school groups all thronging around the area, but it didn’t feel over-crowded.

The opera house is like an impressionist painting – totally gobsmacking from a distance, but standing right in front of it? It’s impossible to take it all in, and impossible to ignore all the brown brickwork and brown-tinted glass… 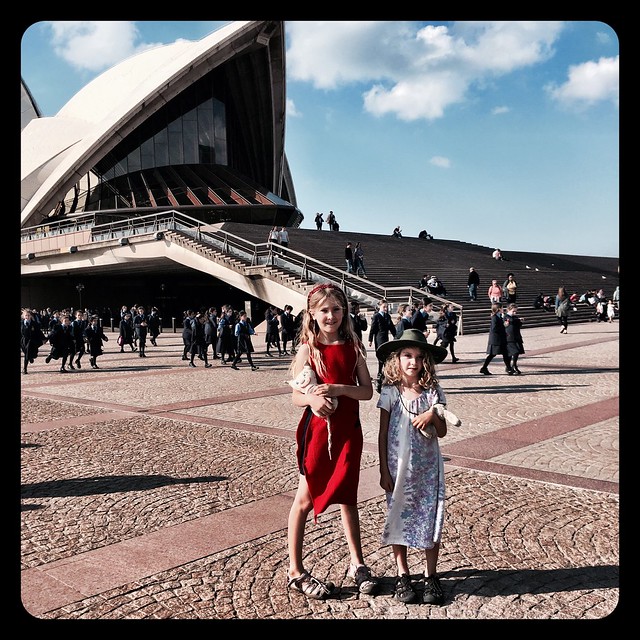 The Smalls were very disappointed not to be able to see into any of the working-parts of the opera house. A ticket for a family tour was $90 – vastly in excess of our budget. We tried to blend in with a school group, but that didn’t quite work out. We retreated, and had our first experience with Sydney’s public transport system – it was love at the first tap of the Opal card. And, I’m sorry Melbourne, your public transport system is largely crap in comparison.

Central Station was a visceral experience for M, having spent so much of his youth there. I had not been there since I was about 20 – I remember having absolutely no money but a train ticket to Melbourne and no idea how I was going to get home once I got there. Right now it reminds me of how Spencer Street Station used to be – it looks like it is under perpetual renovation. The Smalls are thrilled by trains that have an upstairs and a downstairs – something that you don’t see in Melbourne.

M and the Smalls went back to Bella Luna while I happily traipsed the back streets of Glebe, looking for the care package that the Mothership had sent to the post office. Gosh – I’d forgotten how I love all those two story Sydney terrace houses, the dappled shade of all the old trees, the crazy flights of stairs that join laneways together, little parks and playgrounds tucked away in side streets… 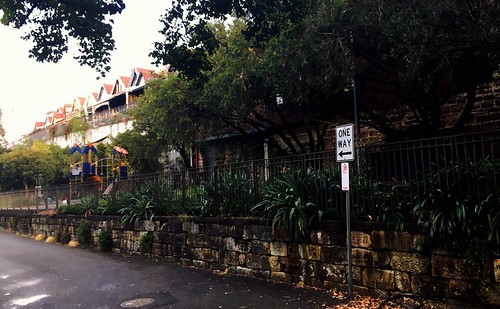 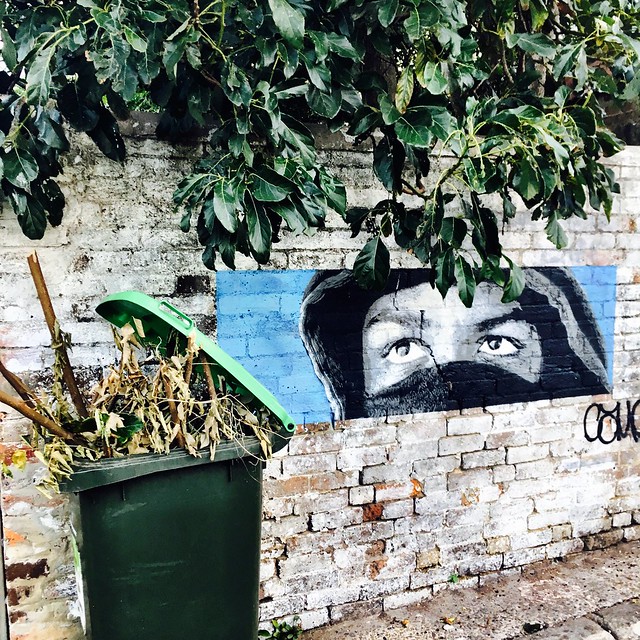 As I wandered, I saw many shops I wanted to duck into, but didn’t have time. Except for this one… 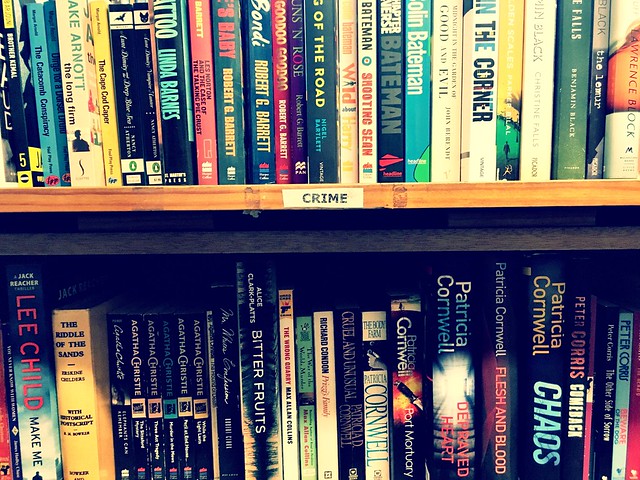 By the time I made it back to Blackwattle Bay, the moon was high… 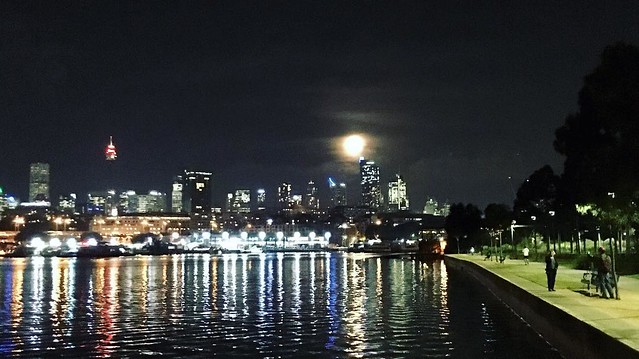 Over the following three days we caught up with friends and family, with two separate lots of people sleeping over aboard Bella Luna – we were taken out to dinner, driven to the supermarket, and given lots of treats 🙂