{There are no pictures for this, and possibly the next few posts, as we have almost zero internet. Text only for now.}

When we tied up to the pier here, I didn’t immediately recognise that it was similar to a small street. But after several days – almost a week – I have learnt more about the other pier dwellers and regular visitors than I could have predicted – lubricated, as always, by Mr Chattypants.

I am going to record a few of them here so as not to forget this lesson: lurking under the countenance of ordinary everyday faces are stories so deep and bizarre that stretches of imagination are not required. You just need to scratch the surface to start extracting them – and this is what Mr Chattypants is for. As well as his navigation skills, which are also helpful.

St Helens falls into my wondrous basket of Tasmanian coastal quirkiness – it’s as friendly as anywhere we have been, and we have given someone 20 dollars (TWENTY) for almost a week at the pier, with power and water included. I am not kidding – being able to use my Thermomix to cook thrills me to bits – as does being able to plug in my laptop. Huzzah! Huzzah! 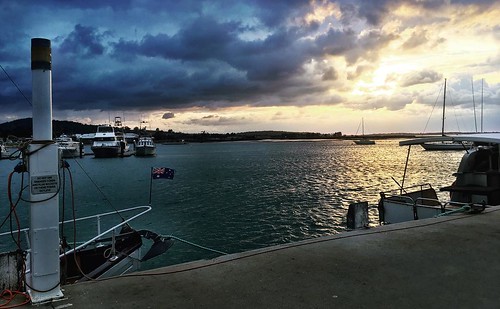 There’s a park at the end of the carpark, adjacent to an impressive skate-ramp. M and the Smalls were there the other day, flying paper planes, and one of M’s acquaintaces approached, said he had to visit some oyster leases, and would they like to come for a ride?

“Yes please,” said M and the Smalls, and ran to put on their lifejackets.

They jumped in this guy’s boat and took off. Literally. Their eyeballs smooshed into the back of their skulls because this boat had a 200HP motor and was fanging flat-out. I am very sorry to have missed it, for speediness is my friend. As they toured all around at top speed with a wind chill factor of about minus-304, M was chatting (!) to the bloke – his history, the years he spent growing up in Tasmania.

His father, of course, was a Norwegian fighter who ran a boxing tent around Tasmania, while his mother (not a Norwegian fighter) was a snake charmer. And that was how they made a buck – thumping and/or charming the punters – he and his brother helped put up the tent and sold the tickets. M’s awe was so profound it almost overcame the numbness in his hands and face.

A few nights before that happened he had been chatting (!) to a couple of guys at the end of the pier, and was gone for many hours. He invited them in for a cup of tea one night, and so we had the cage-fighter renovator and the recently separated biologist foodie both sipping tea in the main cabin. They were very nice. We gifted the former a car-phone charger and the latter entered M’s heart by being a hiking/camping gear geek – they began comparing the weight and girth of their…

Tents. Of their tents. Then our dear friends from Franklin came to visit for a night, bringing with them two pots of aloe vera and a bottle of red wine. I was given crochet tuition and a lovely night was had.

We told them of another guy on the pier (why is it that there are so many MEN messing about on boats – where are the ladies? Oh – at home in front of the woodfire and under a ceiling that isn’t raining condensation down up on them – I forgot) and he had a very fancy motor boat – one big enough to travel easily across Bass Strait in most kinds of weather and look good while doing it.

He had not had the boat for very long. This was because the previous owner had bought it for $350k and three days later had run it up on a sandbank. The repairs were to cost about $265k so the insurance company hauled it off the beach, having siphoned several tonnes of sand out of it, and wrote it off.

Apparently when this kind of things happen, the insurance company (not an industry known for oozing kindness and compassion – hello Allianz!) puts the boat up for tender and the highest offer gets it. No one put in an offer on the boat, except for this guy. We’re guessing he got it for under a grand…

Rafted up to the boat borrowed by the biologist foodie is another boat regularly occupied by someone people refer to as the ‘nocturnal German’. Nocturnal because when he does sleep aboard he walks across the deck of the biologist foodie boat at about 2am. Other nights he sleeps in the back of a shop in the main street. The nocturnal German has butted heads with another regular pier dweller, known for his hard life and nice dog, and has taken out a restraint order against him. This necessitates that Hard Life keeps a particular distance away from Nocturnal German at all times – a task made more difficult by the Nocturnal German appearing on the same bit of the main street, or glowering nearby in the park, in order to communicate his ongoing dissatisfaction.

Everybody wants the Nocturnal German to leave, but nobody wants to tell him. And nobody stays up that late.

Another day, M was being mule-boy, and dragging our mound of washing in a trolley to the (overly expensive) coin laundry, when a car pulled over. (I am inventing this bit, because I am not quite sure of the events.) It was Karyn and Jim – our friends who had lent us their car while we were back at Prince of Wales Bay Marina were driving back from Burnie. The Smalls and I found M ensconced with them at the laundry (which is also a café – so that’s why he wanted to do the washing…).

It was lovely to catch up – although the Smalls wouldn’t tolerate more than 15 minutes of boring adult-speak. Thank you for your lovely bottle of wine and the cherry tomatoes, Karyn and Jim – we are SO grateful (the wine didn’t last the night). 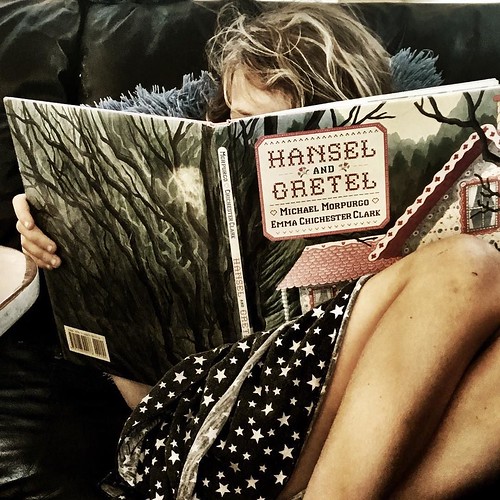