Two Nights In West Arm And A Visit To Beauty Point

After the night of the super-moon we left West Arm to investigate Beauty Point – not that it was astonishingly beautiful, but we needed some chlorine for our Saniloo and some spare spark plugs – as it turned out, Beauty Point had neither.

Going into the harbour was a little intimidating – it adjoins the Royal Australian Maritime College, and you have to steer through quite a narrow gap to gain access to the pontoon, which is helpfully overlooked by the yacht club and other balconies. However, despite our qualms, we did well. 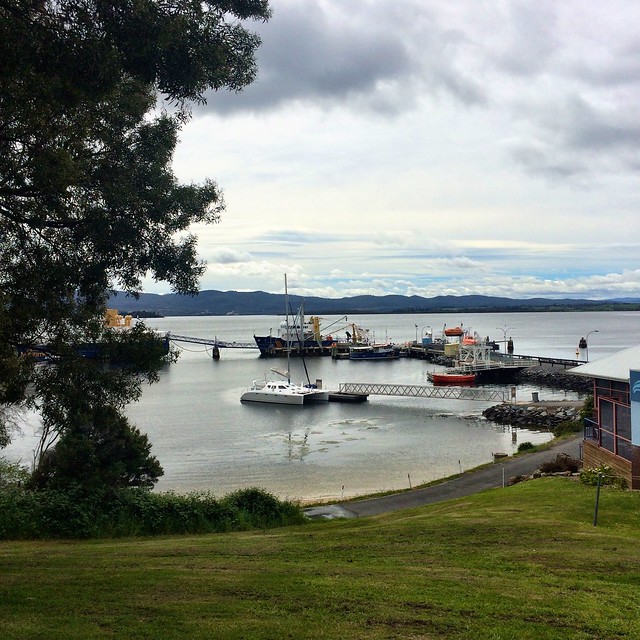 Up on the road we asked where the shops were;
“They’re about a half hour walk away – there’s not many shops – just the general store, a variety shop and a Vinnies*.”

I stopped absently nodding and focused. “An op-shop?”

I disappeared in a cloud of dust. Half an hours walk for one person is very different for another, but taking into account her age – her guesstimate was pretty spot on for two adults and two somewhat reluctant Smalls. Along the road the previously mentioned Smalls found a tiny overgrown set of steps hidden in a hedge that led, we think, to the yacht club… 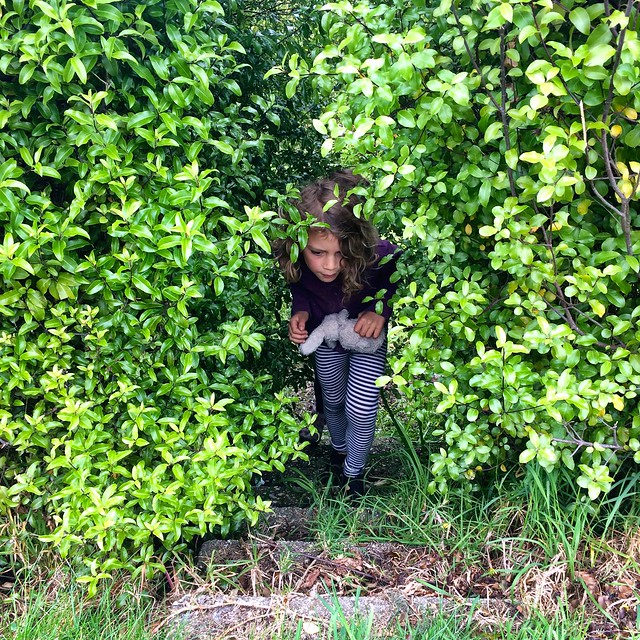 I was DETERMINED that this little out-of-the-way op-shop was going to have some kind of thing that had been, until then, missing from my life. And so it was! Two sporks! Or as my Instagram friend calls them – ‘splorks’ – which is equally applicable. 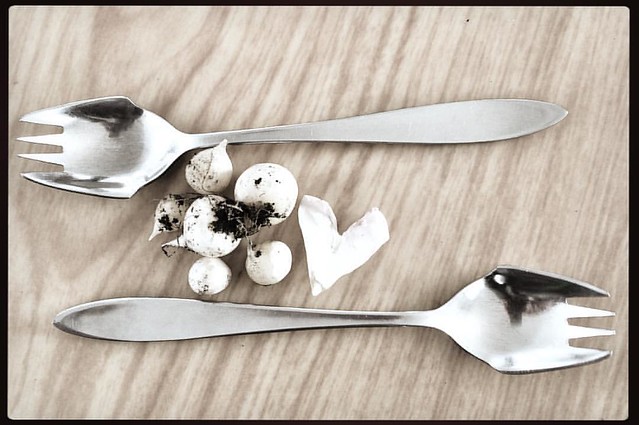 Ever since we housesat at our favourite farm (where there were sporks aplenty) I have been meaning to acquire some. No longer do I have to give the Smalls a fork and a spoon with their meals – and anything that reduces the amount of dishes that need washing deserves a hallelujah chorus and a big tick.

We bought some milk and made our way back along a far more picturesque path via a small playground. We found what we thought was some wild garlic (pictured above with sporks). I dissuaded M from seeking out a coffee,

“You’ve got coffee on the boat! Have one when we get back.”
“But, but I like….I like the ambience of going to have a coffee…”
“Have One On The Boat When We Get Back. We have better things to spend four dollars on.” 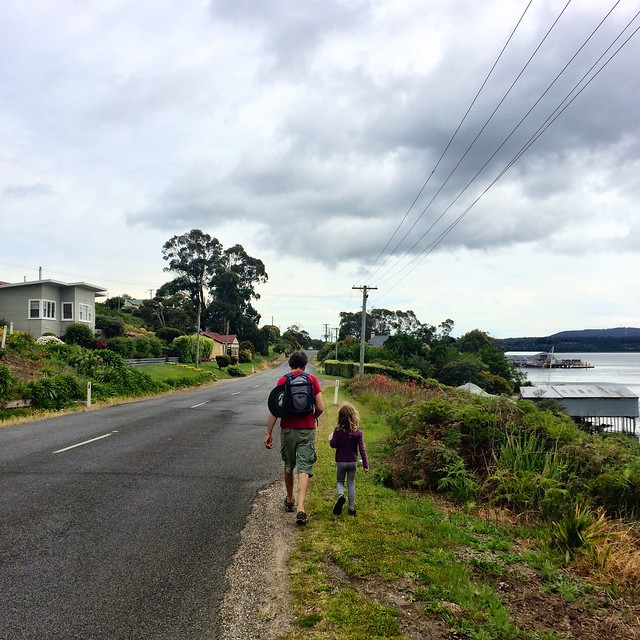 Back at the pontoon a fishing boat had pulled up, and this time it was ME who got chatting to the two guys aboard it. They were fishos and the exhaust pipe had carked it somewhere off the coast – they pulled into Beauty Point where they knew a guy who would weld it up for them.

It’s easy to make judgements on people based on what they’re doing, how they look – on first glance these guys looked like monosyllabic bogans – but once they started chatting to me they had none of the macho posturing crap and spoke to me like just another person. They knew what I was talking about when I told them about being out in Bass Strait at 1am and not being able to tell stars from anchor lights…

They helped us leave the pontoon.

“I’d be pretty happy to be out at sea in this,” said one of them, pushing the boat toward the sea. “This is luxury.”

I felt that thing you feel – the need to explain what looks like wealthy good fortune. I didn’t want them to think we had simply gone out one day and bought a boat. Quick! He might think we were the idle rich!

“It wasn’t very luxurious waiting for nine years while he built it,” I said, and felt that I had at least offered an explanation for our seeming good fortune. Why it matters what anyone thinks, I don’t know. Maybe it is a particularly Australian thing to feel the need to explain your circumstances so people don’t think you’ve got it too easy…

We headed back to West Arm for another night of picturesque solitude.

—-
* ‘Vinnies’ being the abbreviated Australian version of ‘St Vincent de Paul’ – a charity that has turned it’s opportunity shops into a chain-store-like venture….