After the world’s windiest night we went back ashore to investigate and see if we could convince the Smalls to walk the 2.5km to the caretaker’s cottage. Although the lighthouse was decommissioned about 25 years ago, people volunteer to stay in the lighthouse accommodation for three month stints, during which time they keep an eye on things, liaise with visitors…

There is an old airstrip on the island that is now home to many many wallabies, who share it with Cape Barren geese. Small DB was a reluctant walker. Eventually we reached a wooden bench with a little desk bit attached – it MUST have been placed there for people like us – seekers of mobile phone signal. There we sat, snacking on nuts, catching up on the weather forecast, and in my case, instagram. The Smalls flopped on the ground. 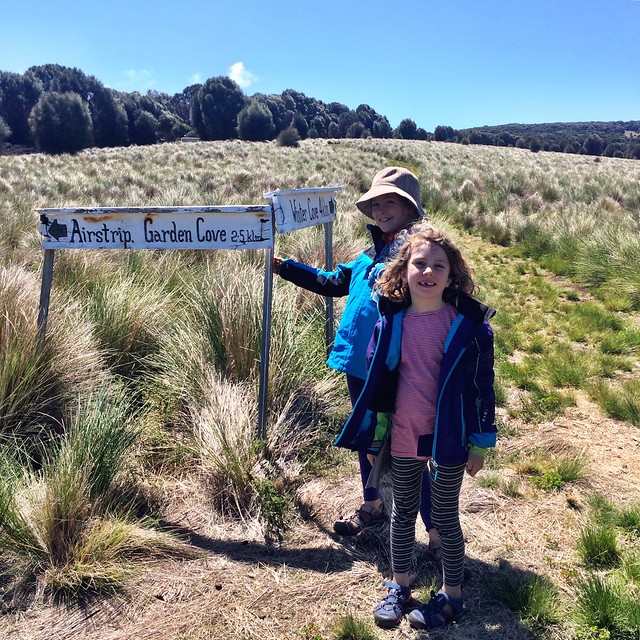 It was only a little further on that, serendipitously, we saw the caretaker’s cottage – this rejuvenated the Smalls, who ran toward it. We were greeted by a person in a baseball cap – who turned out to be be the very affable Roger. Half an hour later we were sitting at his kitchen table as his wife, Skye, pulled freshly baked bread (BREAD! Gluten filled BREAD! M was in heaven…) from the oven and the Smalls played with their twin daughters in the other room.

This is the view from the kitchen window…. 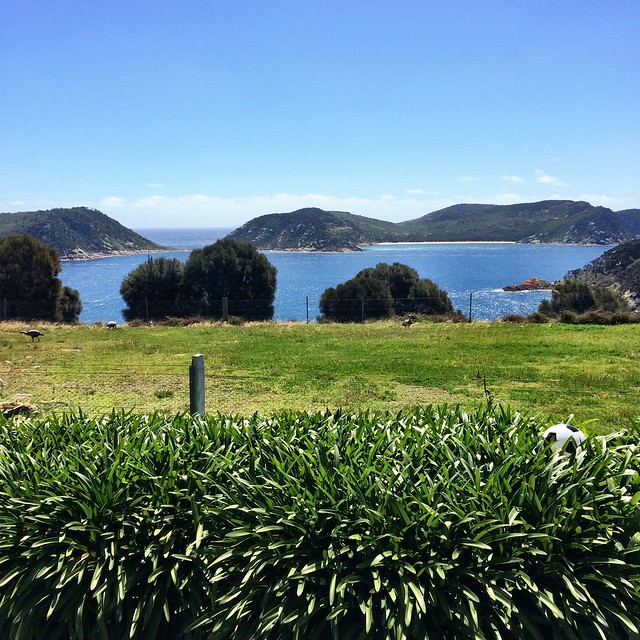 We drank tea and coffee, ate marshmallows and found our common links. Skye was gobsmacked to find that in his former life, M had been in Hurdy Gurdy – that seminal Melbourne guitar pop band. “You’ll have to give me a minute,” she gasped. “I’m having a moment.” I was hysterical. “I need to take a selfie with him to send to my friend,” she said. “We used to see Hurdy Gurdy play at Tas Uni.”

M, boatbuilder and embattled dadda, looked gratified. That pretty much cemented the friendship – as did the fact that Roger is a double of our friend Ian. The caretaker’s cottage is old-school – with a bakelite telephone on the wall and a rack of keys on wooden tags. The view from the kitchen is enough to make you weep – if it was mine, I would rip out the bench, put in a window seat, and cook on the floor.

The very continuing existence of caretakers in the cottage is a beautiful anomaly in a world that often seems largely devoted to money and productivity. Check out ‘Friends of Deal Island‘ – it’s worth a read. The caretakers are funded by Tasmanian Parks and Wildlife – who deserve a HUZZAH!

We all walked down to Little Squally Cove. A trickle of creek ran down the hillside and into the cove, which is covered in large rocks and lots of driftwood. All the Smalls began making hidey holes in different nooks and crannies, while Skye and I immersed ourselves in conversation. 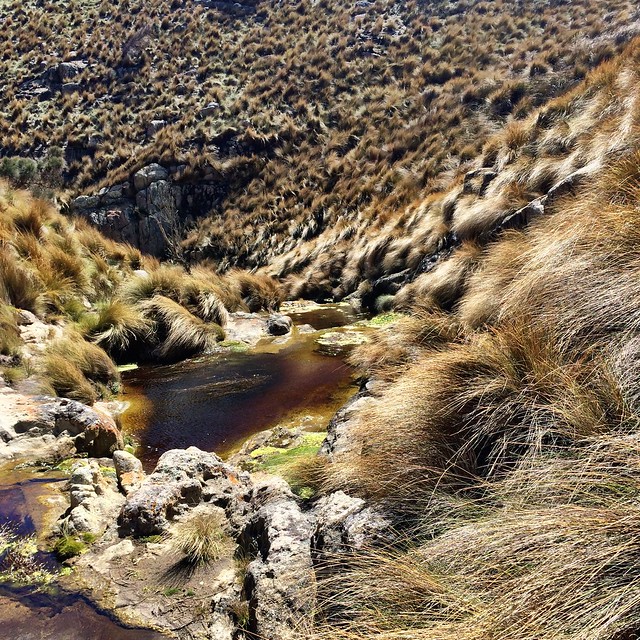 [on the walk to Little Squally Cove…]

Back up at the cottage we looked through the museum that is on the same site – formerly accommodation for workers. The walls are thick. The attic upstairs is being restored by volunteers and there are layers of wallpaper – some of which are pages from magazines dated 1907. There was more information about lighthouse keepers, Stephen Murray-Smith and the Erith Mob. A photograph of the shack on Erith Island showed it as it had been around 20 or 30 years ago – a little more kempt and the bush that surrounds it less wild.

M was getting anxious about checking on Bella Luna – I was mentally preparing myself for the 2.5km walk back with a tired Small DB – when Roger offered to give us a lift in their little 4WD ute. All the Smalls and I climbed into the tray on the back, the blokes were in the cabin, we said farewell to the lovely Skye and took off to see the lighthouse and then return to Garden Cove. 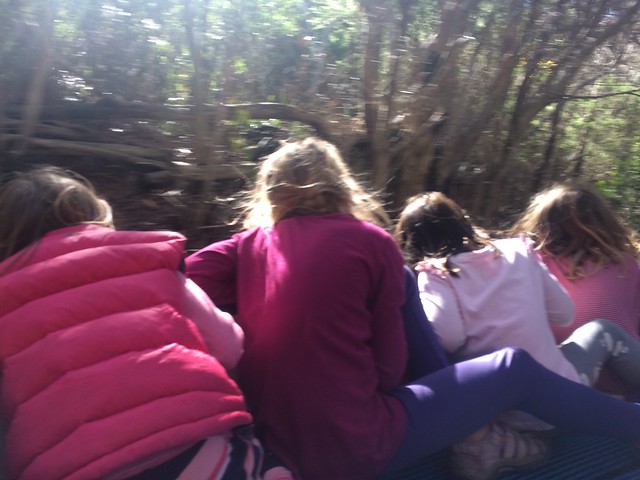 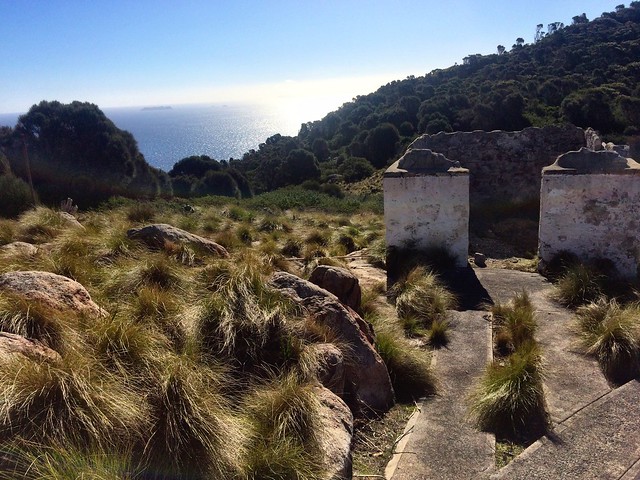 It’s a strange feeling when something that has been so carefully tended over so many years ceases to function. There were big chunks of glass from the light over the ground – the result of a bushfire a long while back. Visitors are not allowed to go into the lighthouse anymore, but Roger opened the door and we were able to see how thick the walls are – at least a foot. More information about the lighthouse here. 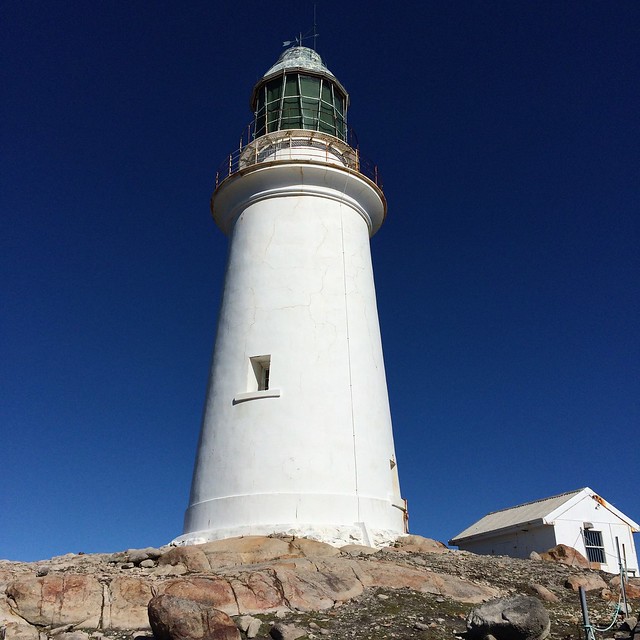 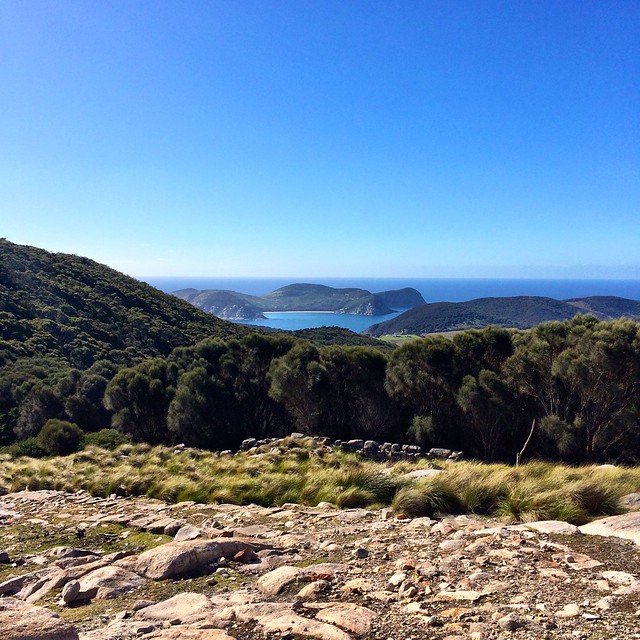 Being driven back to Garden Cove was a dream… All the Smalls played on the sand until we said our goodbyes and motored back to Bella Luna in Foamy. M and I examined the weather information we had obtained from the Telstra Seat of Mobile Coverage…and decided to set sail at 2am, destination; George Town.

It was sad leaving the Kent Group of islands – we could have stayed and explored for at least a month or two, but our supplies are low. We were lucky to be given some silverbeet and parsley from the caretaker’s garden – green things!! Huzzah! But we are about to run out of milk – most importantly, M has run out of coffee…