The Smalls and I spent the day (Tuesday 22 October 2019) pretending Jean’s house was ours. Washing clothes, baking a lemon and yoghurt cake and making chocolate chip biscuits. (Oh it is excellent to have an oven!) I diligently fried the many zucchini I’d bought on sale into fritters. Tidied our bedroom, had a bath, oversaw sibling savageries… and thoroughly neglected my intention to ravish the lemon tree and the garden greens. I fear there may be some kind of mutiny in the Kent Group when our ‘fresh food’ is found to be largely carrots and frozen peas…

Down at the boat ramp, Jean and I saw M, ever the labrador, sitting in the backseat of someone’s dual cab ute. Everyday he seems to be getting on better with the locals, but this raised it more than a notch or two. Then the driver turned his head – it was a different version of M – his older brother Graeme. What the?! Such a surprise to see him, but also not so much. A (now retired) legendary abalone diver, he knows the underwater terrain of this section of coast better than almost anyone. We caught up with him for a couple of hours – it was lovely to see him and his wife. We took them up to Jean’s house and had a cup of tea.

Later we dined on burgers on the back deck and followed dinner with a weather meeting. It was decided to leave at daybreak and head to Erith Island – with Plan B being Lakes Entrance. We left at 6am. Ermahgerd – there was SO. LITTLE. WIND. Never have we motored for so far for so long. Inside my secret head I had wanted to stay at Kianinny until Thursday morning when there was a definite northerly, but unfortunately, a massive low from the west was predicted to move through and munch us up if we dared to try it.

We motor-sailed and motor-sailed. Then sailed. Then motored. Ford St Clair was somewhat disappointed in the benign conditions throughout. He felt cheated of the experience of ‘real sailing’ – completely oblivious to how lucky we were. We arrived at West Cove on Erith Island at about 3am on Friday 25 October – it took about two days for me to recover from the night-watches and sleep debt, which was fine – because the weather was BALLISTIC.

Williwaw: in meteorology, a williwaw is a sudden blast of wind descending from a mountainous coast to the sea. The word is of unknown origin, but was earliest used by British seamen in the 19th century. The usage appears for winds found in the Strait of Magellan, the Aleutian Islands and the coastal fjords of the Alaskan Panhandle, where the terms outflow wind and squamish wind are also used for the same phenomenon. On Greenland the word piteraq is used.
The williwaw results from the descent of cold, dense air from the snow and ice fields of coastal mountains in high latitudes, accelerated by the force of gravity. Thus the williwaw is considered a type of katabatic wind.

Ford St Clair was the most adventurous of our crew – though M wasn’t far behind him. For the first couple of days, other than visiting the hut, the Smalls and I ventured out for one Big Walk and Climb each day. The wind stole our breath. This is what a williwaw looks like:

Imagine an arctic slashing slice of wind periodically scything through whatever happens to be in it’s path. Kind of like being run down by an angry ghost. Obviously we dug out our ‘Tasmania clothes’ – which have lain long-neglected in the back of the wet-weather cupboard.

The hut remains intact and I was so happy to see it – just as we all got inside for the first time, it began to rain, and we had shelter – as well as the potential for a fire in the woodstove and a few tunes on the resident guitar. 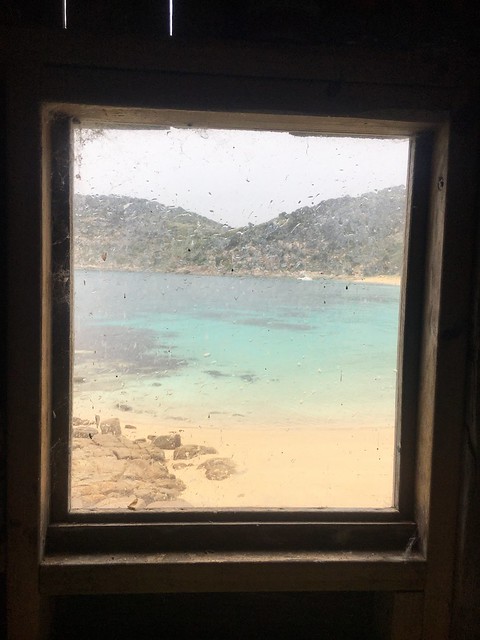 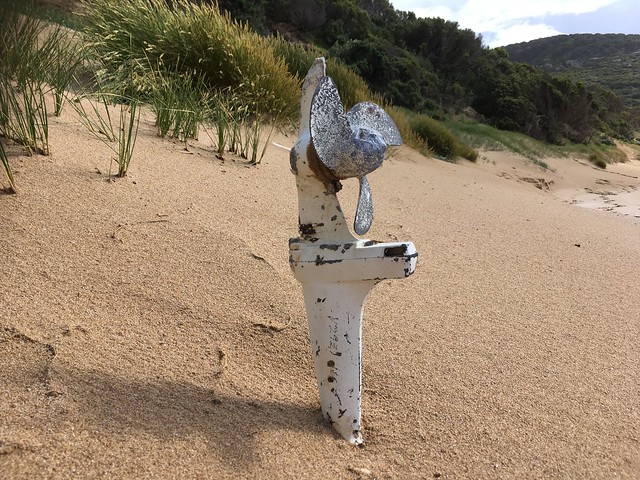 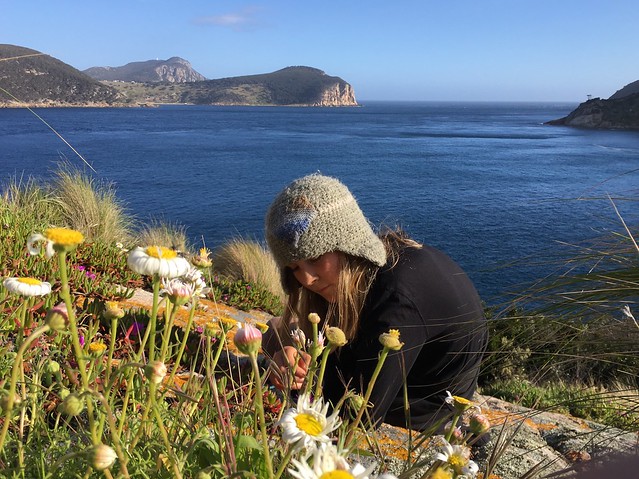 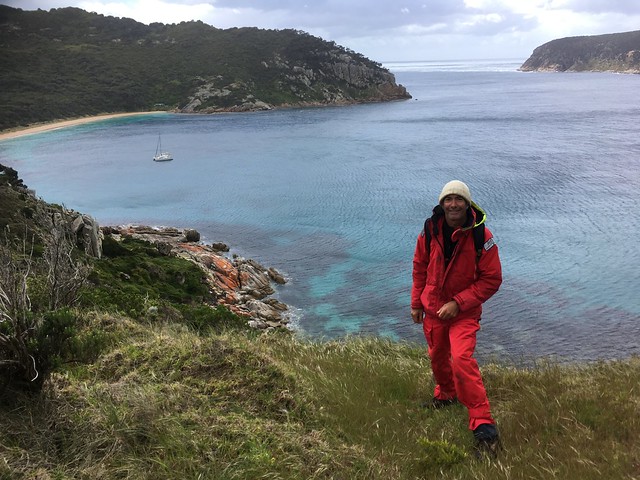 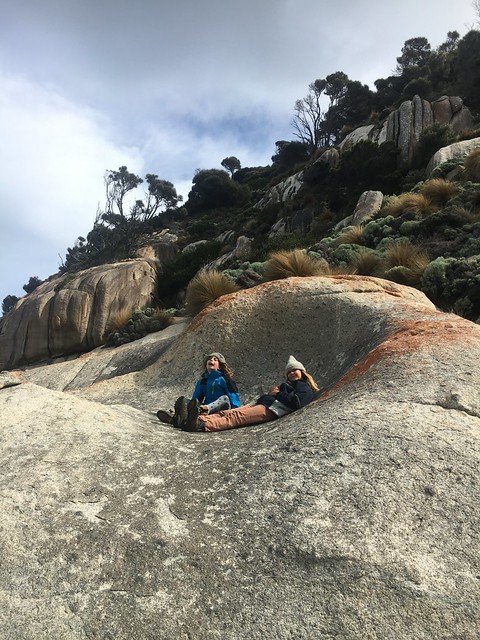 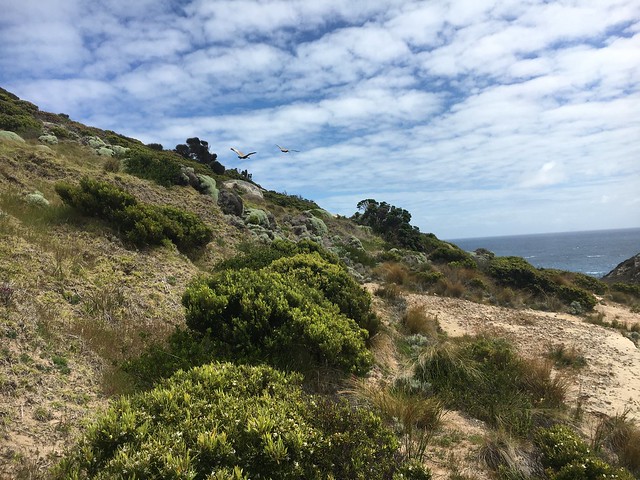 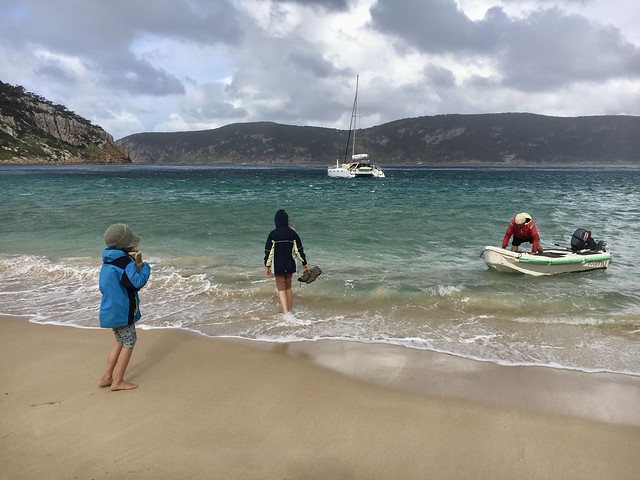 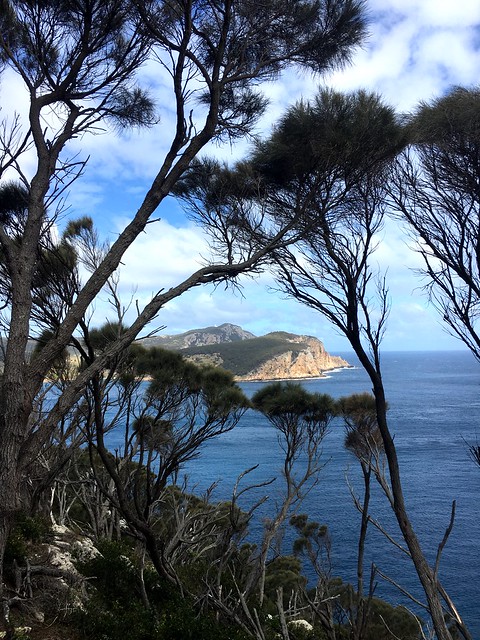 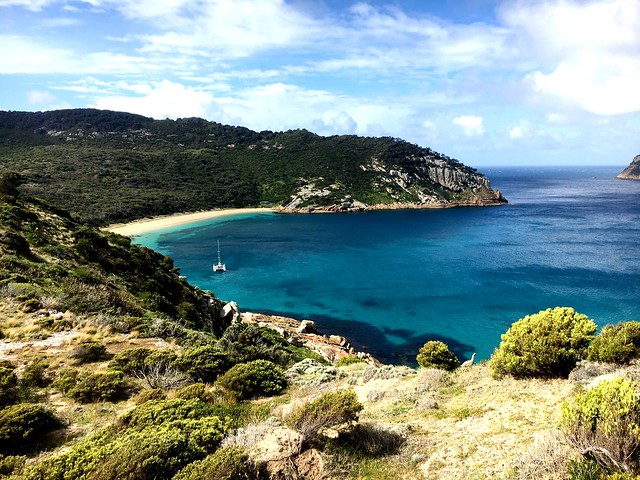 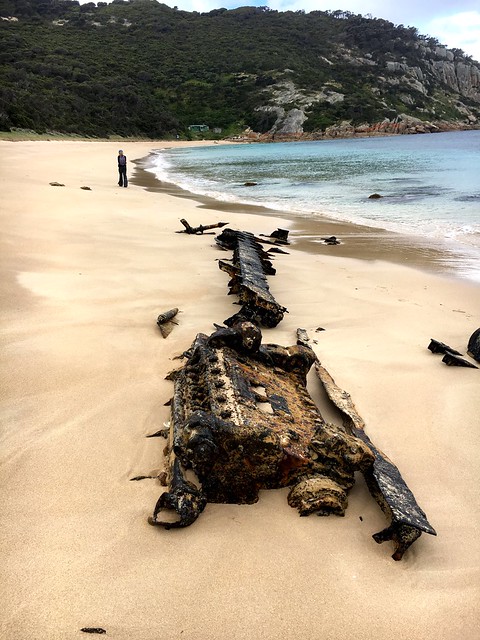