Travel makes me fickle. On arrival in Tanna I was fairly certain I could dump everything and live there for a year in my own hut, tending my own garden, beachcombing and cadging an occasional ride into Lenakel. However, after being knocked out by food poisoning for three days, and then having seriously contemplating leaving the Smalls to live by their wits in Sulphur Bay, I had developed some Tanna fatigue.

One final day was spent wandering about, playing with kittens, chatting to people, inviting Stanley aboard for hot chocolate and finding a few vegetables to take with us. By then, Tanna and I were ready to part. Pandion had left the day before and we were keen to catch up with them to hang out for a day before they had to adhere to a schedule requiring them to be in Port Vila.

We left at around 5am, accompanied by Paws – we stuck together pretty much the whole journey. Both boats had lines out, neither of us caught a fish. We had to motor about a third of the way – the breeze dropped out in the middle part – and of course, the best wind of the day kicked in fifteen minutes before our arrival at Dillons Bay on the island of Erromango.

It is obviously a popular stopover point between Tanna and Port Vila – there were about four boats already anchored and we had seen them all in Port Resolution. It was quite a social time – as Pandion were short of gas, we had dinner on the beach the first night – GF damper, and my first attempt at cooking with green plantains – a potato and plantain massaman curry. Have I mentioned I love my thermocooker?

In addition, M got out his kava root, bought for a pittance on Tanna, in honour of our Erromango arrival. It’s customary to chew up the root, then spit it in a bowl and mix through a bit of water – but we let the Thermomix do the chewing… A little previous nerding had led me to discover that kava is a better anti-anxiety treatment than placebo, and very safe, so I was happy to try some. We ended up with about two litres, and took it ashore to share. It tastes like non-objectionable dirt and water, and turns your lips numb.

I am not wholly convinced by my kava experience – I felt hungover in the morning, and M (although of course he admitted nothing of the sort) seemed cranky.

The benefit of Pandion arriving a day or two before us, was that they knew their way around. Having been talked into taking a local guy and his 300kg or so of sandalwood branches and stumps (their boat smelt like a divine dream), they had been shown the waterhole in the river for swimming, and had been fed crayfish. 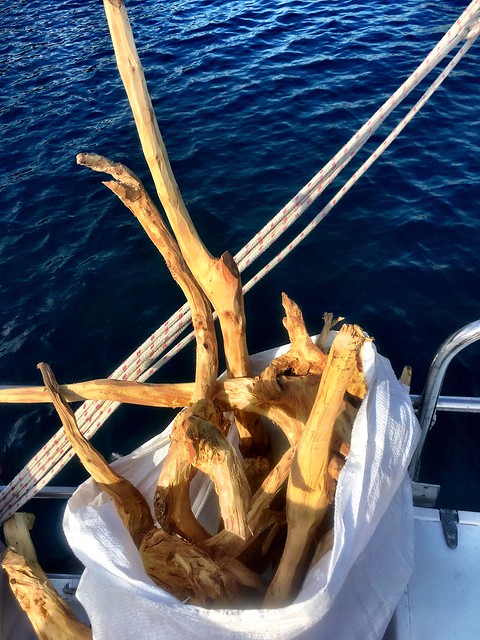 We didn’t get any sandalwood to transport, nor did we get any crayfish – but we did get taken to the waterhole on the Williams River, and it was a good one! 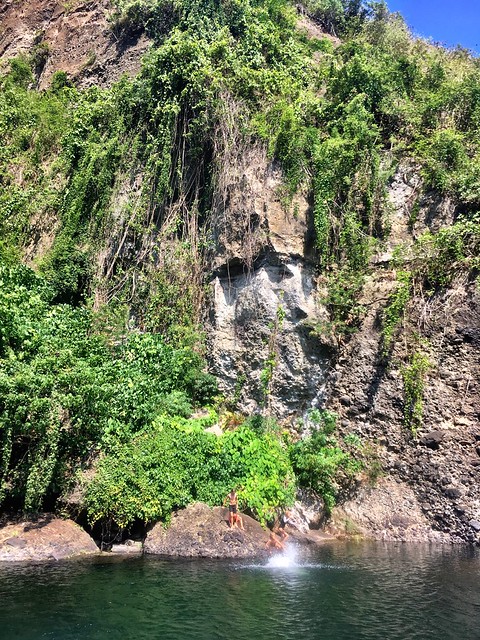 We spent a lovely few hours – all the Smalls made dams in the river, and I took the opportunity to rinse my trousers in the fresh water. 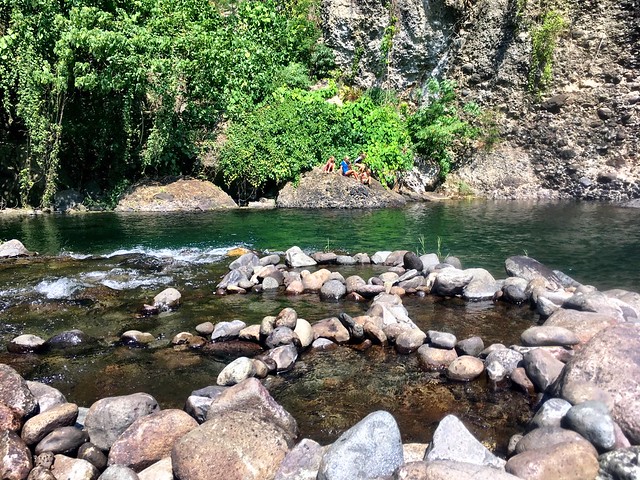 Over the next day or two, the anchorage became a bit hard to put up with. It’s hard to write that being on a catamaran, which doesn’t roll around too much, but the masts of the nearby monohulls were swinging like upended pendulums. We invited the crew of Florence aboard (Matt and Amy) and shared some blue cheese with them. I mined them for information about sailing in New Zealand.

A great many people I have spoken to have either left their boats somewhere like Fiji and have flown to NZ for the summer, where they’ve bought a van and spent a few months camping and exploring. Others (like Matt and Amy) have sailed there and then too, have bought a van to go exploring in. I get it. Taking a campervan around NZ is something I would ADORE – but, if I’m going to bust my arse sailing there (it is not an easy passage), it’s because I want to explore by sea.

I can get on a plane any time and whoosh around the country in a campervan, but I won’t be able to explore under sail in Bella Luna at any old crack of the whip. M is not enamoured of my hopes for a New Zealand summer (“Water’s too cold, we’ll never go swimming.”), his suggestions are a return to Australia or heading up toward Micronesia.

(For the uninitiated, we can’t continue to explore the bamillion islands of Vanuatu later than mid-October, because that’s when cyclone season arrives – and our insurance will not cover us unless we are in safe waters – Australia or NZ – by the first of November. Also, I really, really hate any weather hotter than a maximum of 30 degrees. Humidity slays me.) I have digressed… back to Erromango.

M and the Smalls went on an exploration with some locals and some boaties to see some caves, one of which you had to enter via a vine and a rocky cliff – in there were skulls and bones… Small Z tells me that some of the bones were so old they were crystallising and falling apart. They looked, she says, like fibreglass. 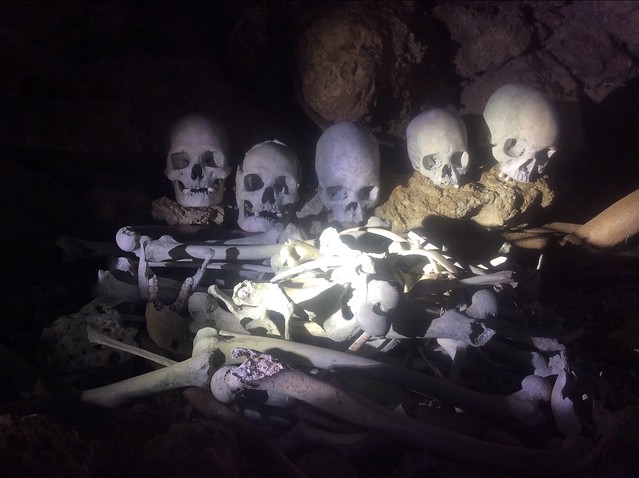 Small DB, M, Florence and Paws went for a snorkel over near the edge of the bay – the water was like looking through a piece of glass from a bottle of Bombay Sapphire. Small DB and I have a similar tolerance for snorkelling and were back sitting in Foamy after half an hour or so. M had a great time with the other guys, as Small DB and I passed the time by listing what our top five breakfasts, lunches, dinners and desserts would comprise of. 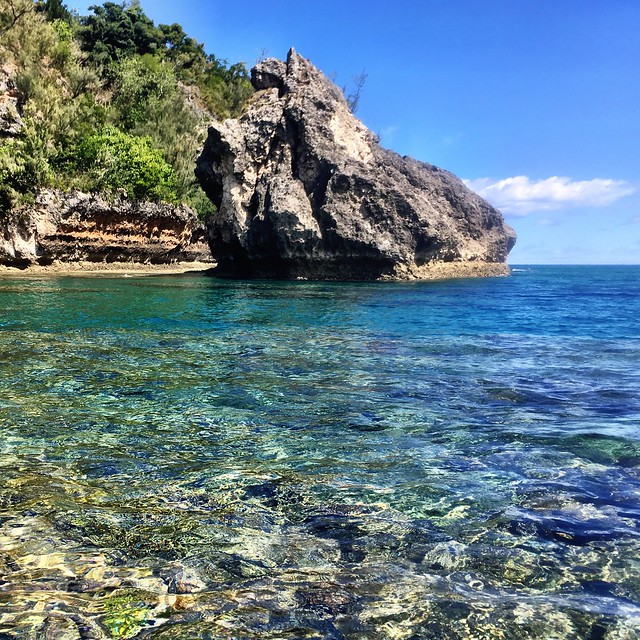 Later that day we took Amy ashore with us to go exploring and generally just get off the rolling vessel. Gemma, whom we had gifted three eggs, met us ashore and gave us each a sublime banana muffin each, made with teff flour – a new ingredient for me, but GF and full of awesomeness. It has a nutty sort of fruitcake flavour – I’m going to be hunting for some in Port Vila (in addition to all the other quests – buckwheat, rice flakes, UHT milk, rice crackers, toilet paper, seaweed paper, etc. etc.)…. 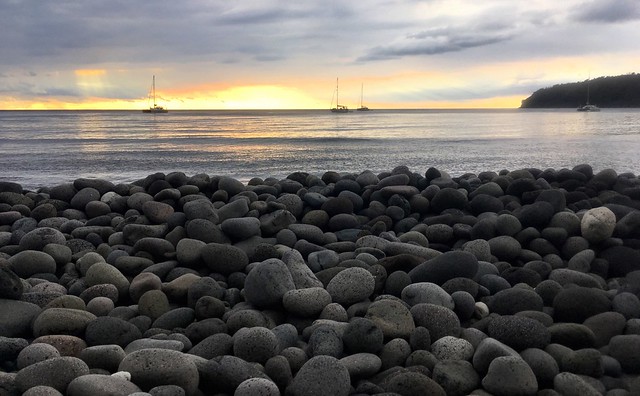