Much time was spent on BoatCat research before I allowed an invasion of the fur that has trashed our cockpit floor, vomited in various locations and bitten all of us multiple times. In case anyone else is still thinking they will also obtain a boatcat after that sentence, I will now write about the LITTER TRAY. And the grand question; HOW IS THE LITTER TRAY POSSIBLE WHILE YOU ARE AWAY FROM ALL SHOPS?

That last question is also best answered by another question; HOW DO YOU HAVE A KITTY LITTER TRAY THAT DOESN’T USE KITTY LITTER? I’m glad you asked.

[Tangent: anyone who has ever looked up a recipe online and found one on a blog – not a recipe site, but a cookery blog – knows the trauma of trawling through all the preliminary text that seems to be de riguer for that genre. What inspired them to cook it, who they cooked it for, how they felt cooking it, how they felt after they cooked it, what their toddler did when offered some of it etc. etc. etc. I’m trying to avoid all that shit – although, having written this tangent, I think I just bought into the whole disaster. I digress… wilfully.] 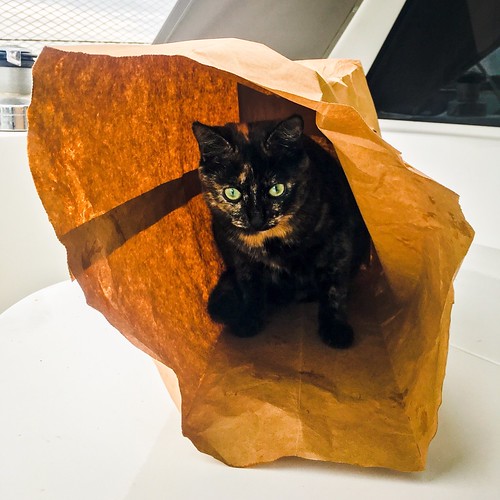 Kitty litter tray with a sifter insert: $15 from KMart.
Yes, you will see a multiplicity of similar ones online for $60 and up. Ignore them.

Four 1kg bags of ‘decorative stones’: $6 each from Bunnings
Yes, you can choose the colour of the stones on which your cat will borry/excrete.

A whole lot of bicarbonate of soda. For smell absorbance. Do not decant it into a big container in which it may be mistaken for cornflour (family) or cocaine (customs officials).

The hack within a hack

The issue with buying the cheaparse version of the litter tray is that the sifting insert sits directly on the base of the tray (obv because the designers assume it’s just for sifting out cat borry – WRONG!). I superglued four of my decorative stones to the base of the sifter to create a gap between it and the base of the tray.

How does it work? Sprinkle bicarb over the base of the kitty litter tray. Put the sifting insert on top. Add two of your four bags of decorative stones (that you have ascertained are too big to fall through the sifting holes). Done. 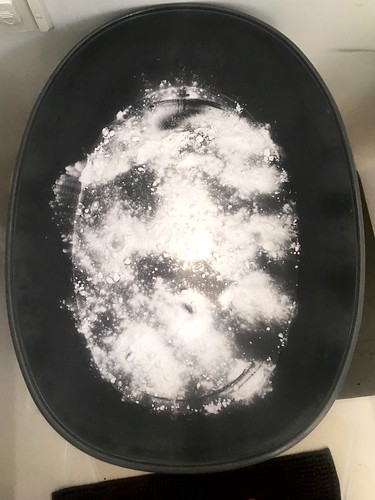 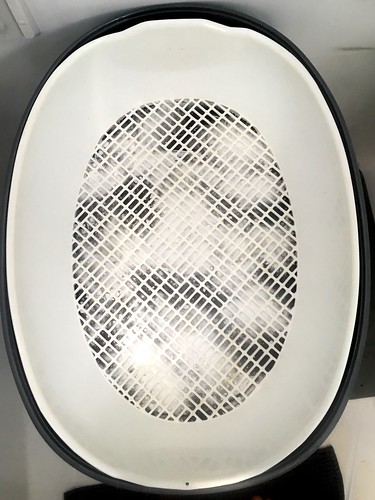 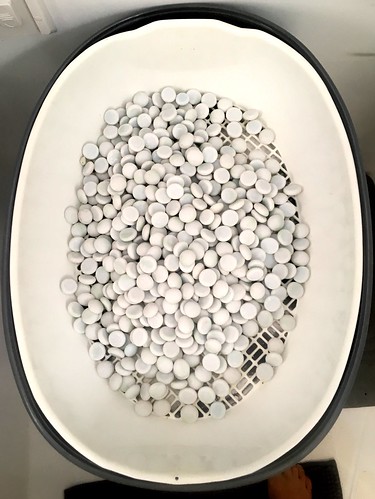 You can stop right here if you don’t want to know the mechanics of disposal.

MOST IMPORTANT POINT: don’t feed your cat cheap crappy food – for two reasons – one; it’s not good for their health in the long run, and two; their poo will probably stink like a mofo and not be – ahem – well formed.

Further to the second point. It’s hard enough having a cat on a boat in international waters, you don’t want to be passing out every time you have to deal with their borry. Also, the idea is that their poo is well formed – meaning you can either use poo-tongs or a ball of toilet paper to pick it up and flush it.

At this point, some people with a niche interest in boatcat borry will say that it is BADLY BAD to throw cat poo overboard because it kills off sea otters. Probably untrue, and currently unproven. Consider also, that the majority of boats pump out their human excrement straight into the water, allegedly once they are a polite distance offshore. Does anyone on Bella Luna swim in crowded anchorages? They do not.

Anyway, all of the above paragraph is by the by, as we try and live as responsibly as we can, and thus have – at great expense to the management – a thing called a SaniLoo; this processes our toilet offerings, making them palatable for the planet. It does not differentiate between human poo and cat poo.

The cat wee drains between the stones/pebbles on to the bicarb. This is what I do after that happens. I have two bits of old towel that I cut in half (two is good, because one can be rinsed in the sea while the other is being used). I lay the bit of towel on the floor. I put the sifting insert on it. The tray base with the bicarb in it I either swish over the side of the boat, or I use our handheld shower head (switched to sea water) to rinse the tray clean into the toilet.

Pat the clean tray dry with a rag or some toilet paper. Sprinkle in some bicarb. Put the sifting try of pebbles back in. Done. I do that twice a day. Takes less than five minutes. 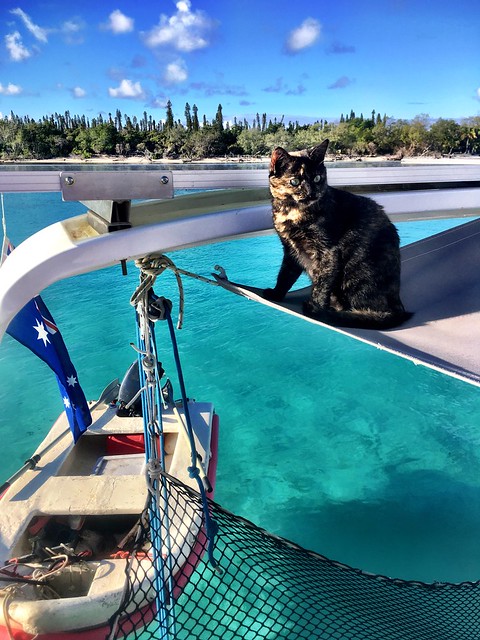