We said a bit of a sad goodbye to Belinda, Roxy and Eddie – our Yamba posse – they have helped us SO MUCH while we have been hanging around. It’s been a joy to get to know them, they are the good people – we shared some wonderful times with them… 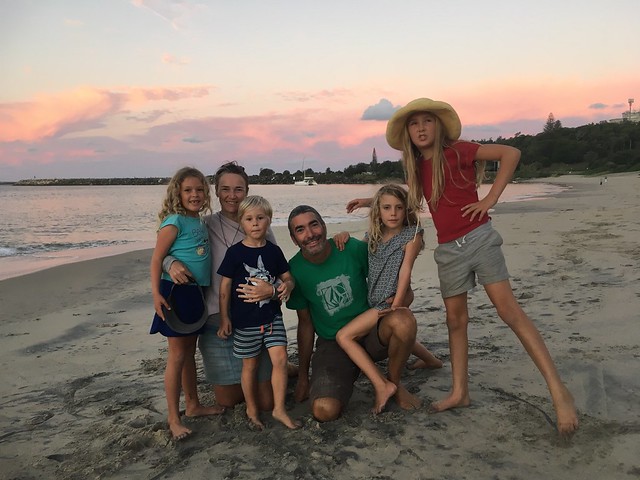 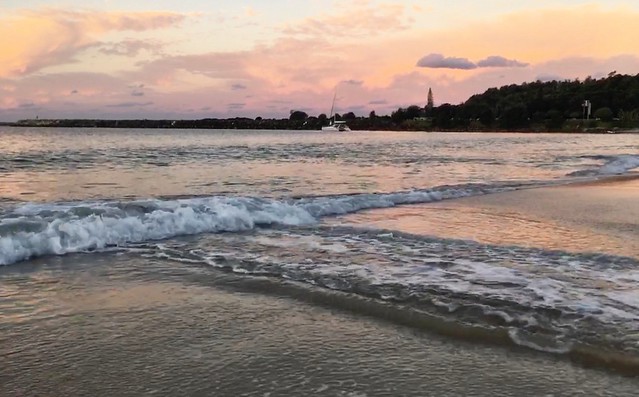 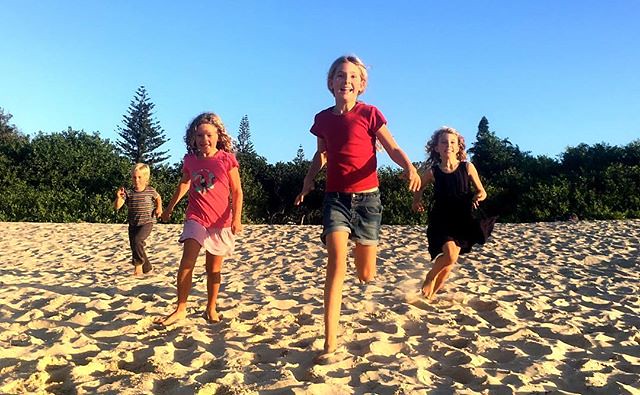 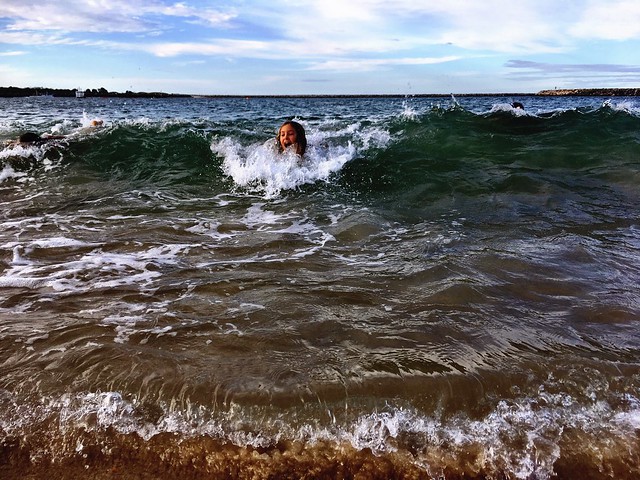 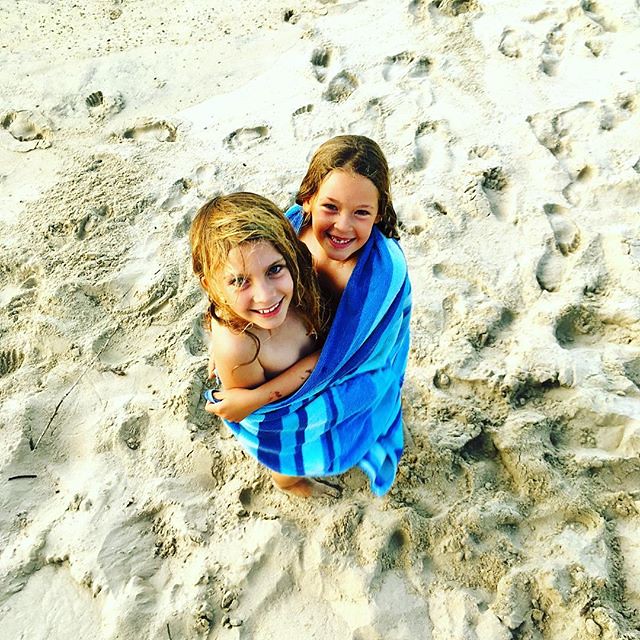 May 5, 2018. It was Saturday night, and it suddenly felt dumb to be hanging about after goodbyes had been endured. We realised it would also suit us better to arrive at the Gold Coast Seaway bar around lunchtime because the tide would be at its most friendly.

Dinner was ate. Dishes were washed. I cast my birthday roses on to the water of Whiting Beach. The Smalls and I went to bed. M took the first shift. Ugh – I have much less tolerance for passages at certain times of the month – mostly the second half of my cycle. 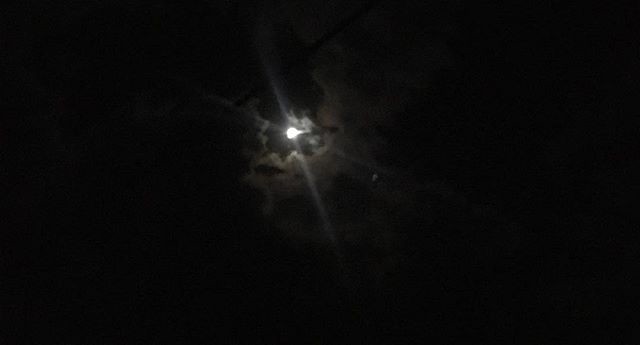 I spent most of the time during my shift talking myself off the edge of vomit. Bella Luna was making good progress – but this was unfortunately negated by the current running against us. I had planned to convene with Honey the Boatcat out under the moon, but a visitor meant I had to abandon that plan.

We had what appeared to be quite a young black shearwater (I’m sure my aunty will be able to confirm whether this is correct) resting in the cockpit under the table. It seemed quite content. Honey the Boatcat was duly locked up inside and Bird and I continued sailing onward up the coast.

I woke M about 15 minutes early for his shift – there was a Large Ship just over one nautical mile behind us travelling on the same bearing. I was so glad to have got through my three hours with my stomach contents intact that I simply pointed, said ‘ship’ and made my exit to blessed horizontal-land.

When I went to take over at about 6.30am or so, he waved me away. I later learned that he was deep inside the movie version of The Life of Pi – watching movies while sailing! Why haven’t I thought of that!? He took some great photos of Bird, before Bird flew away. 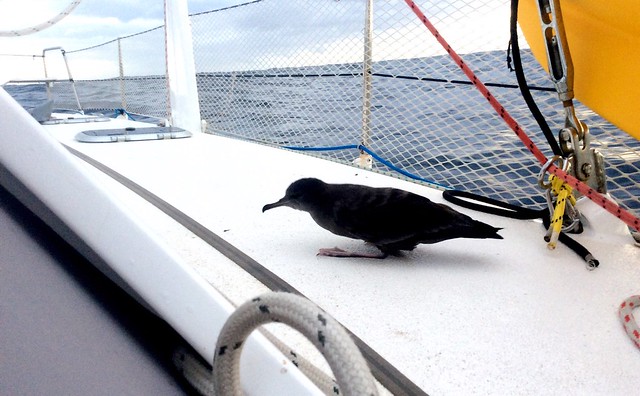 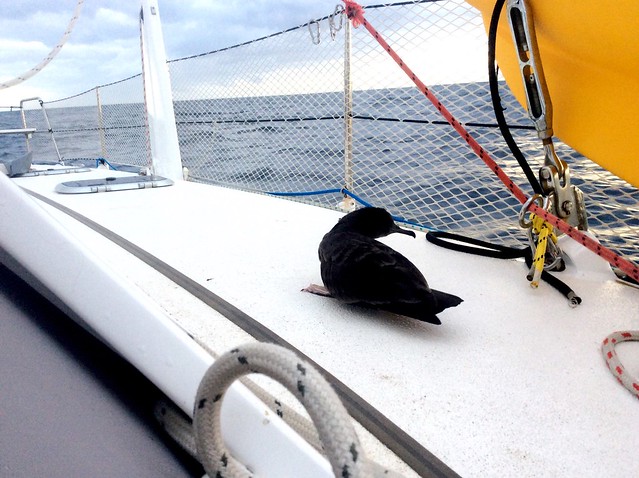 He got some great dolphin photos too… 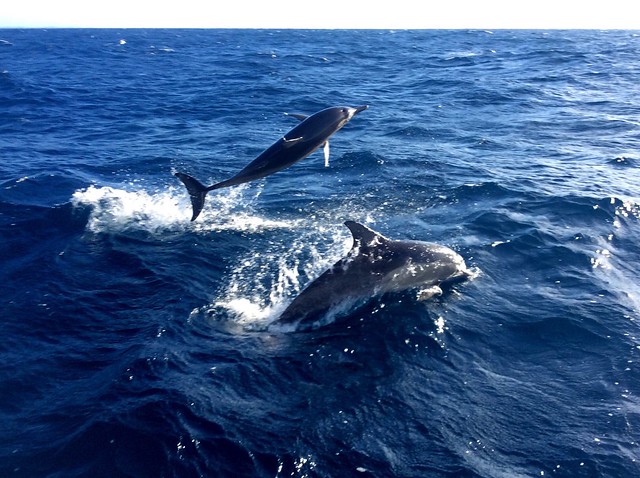 I relieved him at about 8.30am and he reappeared about four hours later to take us over the bar. All went well – as we came around toward Bum’s Bay we recognised a boat that was passing us – it was Silver Lady who we had last seen in Tasmania!

We were greatly relieved that we had made the effort to do an overnighter; arriving in time for late lunch felt very civilised, as did timing our arrival with the tide. The other cool thing was… we have been to Bum’s Bay before – so we shuttled through the anchorage (which was quite crowded) and headed for the spot we had been in before, up around the sandbank at the back. We were right near the same houseboat on which M almost got licked to death by small cute sausage dogs. We rested.