Immediately after our boat no longer held nine people. NINE! Small DB and I got sick. She had a fever and felt like a sludgy slug. I felt the same, minus the fever. Glerg. I literally did nothing for at least four days.

On the positive side – we caught up with our friends on Gonyonda who arrived in Pittwater fresh out of Yamba via Port Stephens. They too had the queasy reintroduction to sailing that comes after several months on a nice flat river.

Small DB recovered quicker than I did. We’d headed back to Refuge Bay – the difference being that there had been 100mm of rain the night before. The waterfall had grown by 300%! 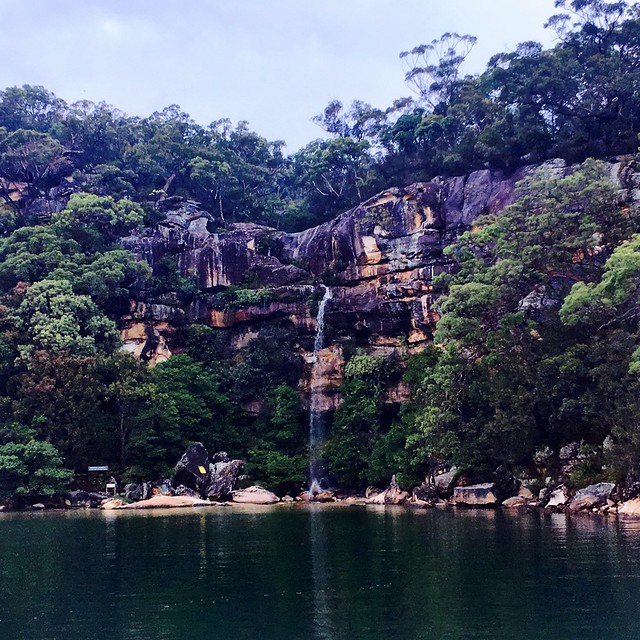 On a couple of occasions it was too hot on the boat and I paddled my blah-feeling self ashore (literally, because our kayak lost its paddle), took a few paracetamols and stood under the waterfall. It made me feel more functional for an hour or two afterward. 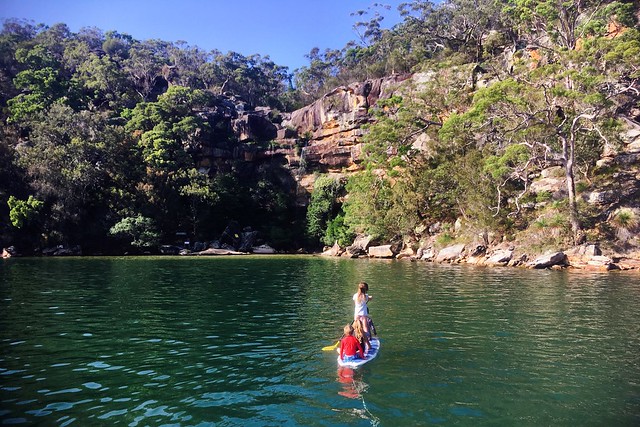 The Smalls rejoiced in having their boatkid friends to hang out with so soon after their old friends had visited. There were lots of dams built around the base of the waterfall – they all went and explored America Bay and found swimming holes and more falling water…

After a couple of days, we decided to head off and explore Bobbin Head – a place M had not been since he was eight. We nabbed a courtesy mooring and headed into the Empire Marina – it was lucky we chose the path we did. An older man had fallen from his yacht and was floating in the water at the back of his boat, unable to get back aboard.

We helped to get him out – he was not in very good shape, although he was obviously an experienced sailor. We made sure to let marina management know what had happened, and when I took him a cup of tea I found the manager with him. A big vote for Empire Marina – the cafe owner there was very concerned as well.

A picnic lunch near the Bobbin Inn – “Muuuuuuum, why can’t we have good lunches? Why do we always have to have carrot, and celery and cheeeeeeese?” whined the Smalls, as they tried to eat all of the seaweed crackers and none of the good stuff.

Instead of pounding their heads together, we went on a 2km walk which seemed to take in quite a few different microclimates! Dry scrub, moist rainforest and mangrove swamps…