We sailed out of the protection of the Crowdy Bay harbour at around 7am. Some big bloody waves whacked us before we got clear of the coast – one came down the hatch over my bed. Fun and games. GAAAAAAHHHHHHH.

Here is a pre-cup of tea picture of me, steering; 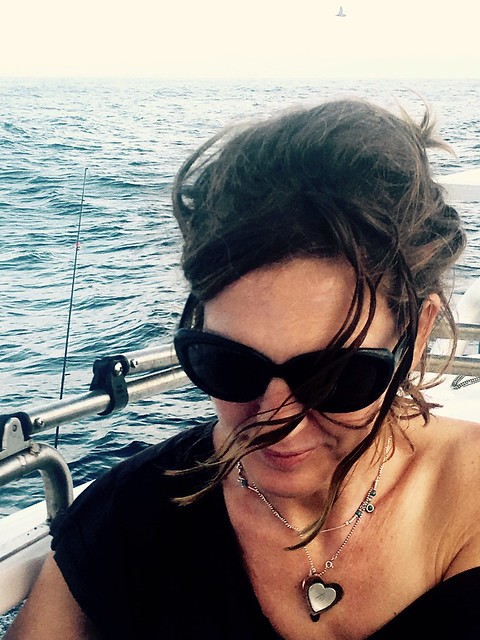 Pancakes for breakfast. The wind we were hoping for all day did not arrive until very late in the afternoon. It felt like a long day – even though the weather conditions weren’t bad, by the end of the day I feel completely knackered… which is why we’re going down the NSW coast one long day at a time…and stopping somewhere for the night. 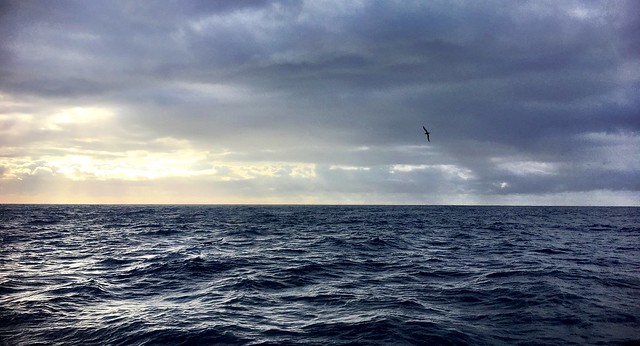 M and I both had a nap when it wasn’t our turn to steer. We have handsteered all the way from Yamba – although Hoo-Ray the Autopie is fixed, depending on him to steer downwind is optimistic at best.

We’ve switched away from our three-hours-on/three-hours-off approach and are currently doing one-hour-off/one-hour-on – it seems to work better during the day. The sailing, so far, hasn’t been too thrilling – the Smalls and I are just enduring the process as a means by which to travel. M would probably differ with this opinion. [Cuts to a lonely seagoing sailing photograph with soothing properties…]

At around 6pm we arrived at the beautiful and wild looking Broughton Island – off the NSW coast near Port Stephens. If we weren’t in a hurry to pick up our outboard motor I would have demanded we stay and explore for at least a few days – it reminded me of the much-loved Kent Group. 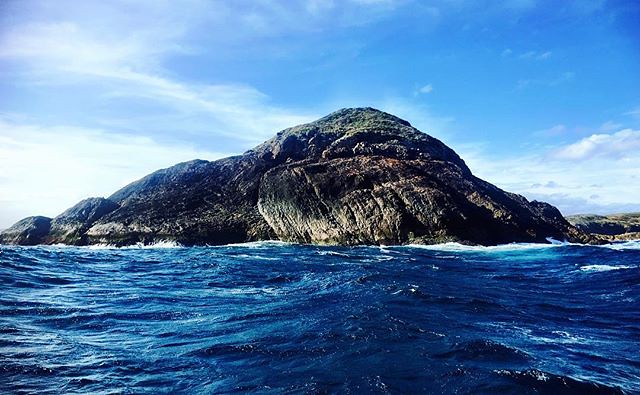 M took the Smalls ashore for a run while I got some sorely needed me-time involving the creation of pumpkin* and lentil soup, a beer and the first episode of ‘The Crown’. I felt much improved after all that.

Unfortunately the captain did not get much sleep that night. There was a banging noise that he had get up five times to try and locate – eventually realising that it was seabirds divebombing the anchor-light on top of the mast. Switched it off and all was quiet… 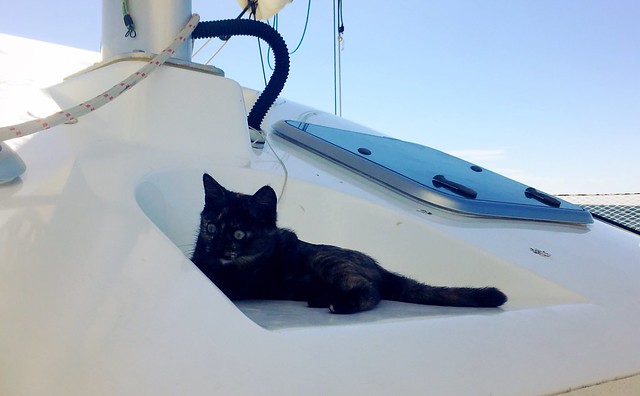 We sailed from Broughton Island to Pittwater in one long, long day. One of the batons that connect to a slider car on the mast broke, which the Captain – using alternative phrasing – said Was Not A Good Thing.

Once we had been underway an hour or two, I had the realisation that since leaving Yamba we had not had any champagne sailing conditions… and now we did!! The wind was behind us, the ocean was fairly flat – it was possible to read and cook without wanting to die, and some dolphins came by for a frolic and dazzle. It was quite lovely…

I had finished Life on Air by David Attenborough, and began a new book, Truly, Madly, Guilty that I knew would lure me in and not made great demands upon my brain.

Along the way M gave the shout; “WHALE!” – I was steering and didn’t see it, only the big oval slick of flat water where it had dived down… He and the Smalls watched for a quite a while, but they never saw it emerge again. 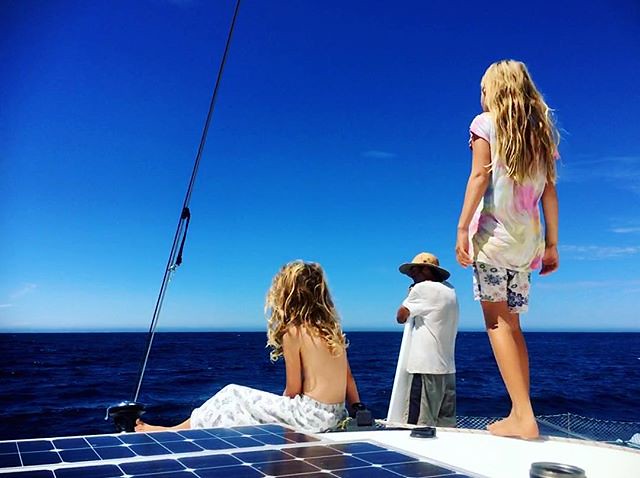 Toward mid to late afternoon the wind kicked in and the champagne sailing became a sunshiney memory. I had cooked some pasta for dinner, but found I was unable to do anything with it… To stay down in the kitchen was a recipe for spew.

Small DB and I lay on the couch. I told all onboard that they would have to cope with no food until we had stopped moving for the day. M actually tried to convince me that we should sail into Pittwater and keep going all the way to Newport. I swiftly undeceived him of that idea. 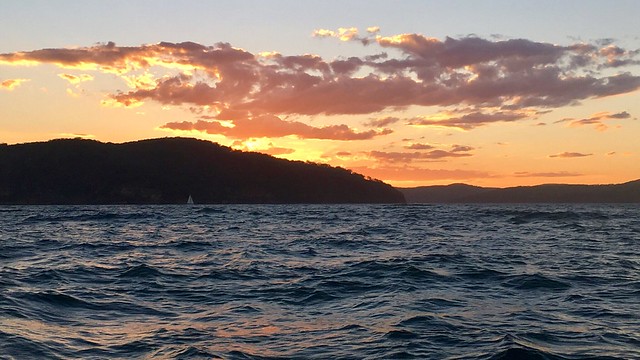 We rounded Barrenjoey Headland doing about 15 knots – OH MY GOD I was glad to get out of the open sea. 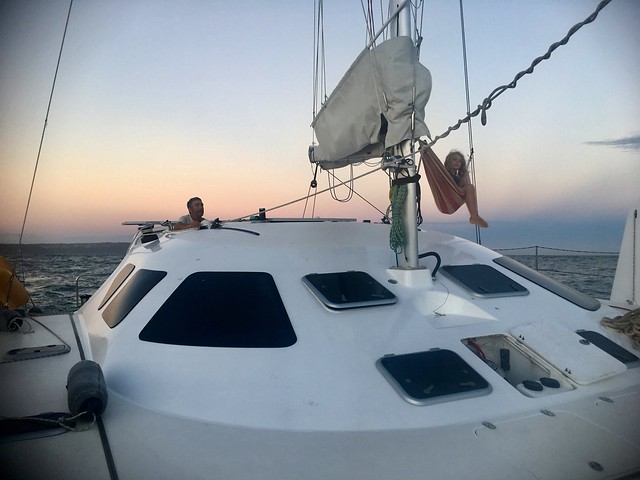 We hitched ourselves on to a handy mooring and dinner was inhaled at 8pm. We’d been sailing for about 13 hours – it felt like days. So weary – but very happy to be back so close to Sydney!! M had been right on top of the weather forecasts and we sailed down the coast in the timeframe he predicted.

Hello Pittwater – it’s good to be back.

________________
* Pumpkin is in the top three cruising foods – if you have a whole one, it stays fresh for AGES (in this case, over a month) until you run out of everything else and then use it for pumpkin and fetta risotto, roo and pumpkin massaman curry and something else tasty I can no longer remember…