We left Brisbane at daybreak, found a 24 hour fulel dock at City Gate Marina, dropped $120 on diesel/petrol and filled our totally empty water tanks. It felt good to be on the move. 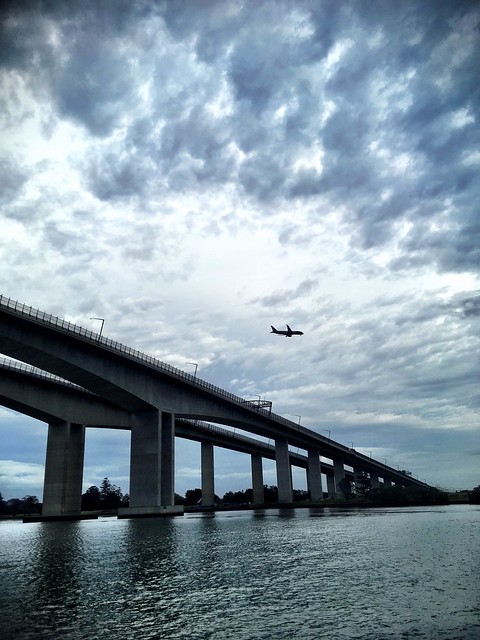 The longer I was in Brisbane, the more I liked it, but I because simultaneously less and less enaboured of the of the river. It’s filthy. The bottom of Bella Luna is mank encrusted – so is Foamy despite not being in the water all the time. Both boats are going to have to be beached and scrubbed. 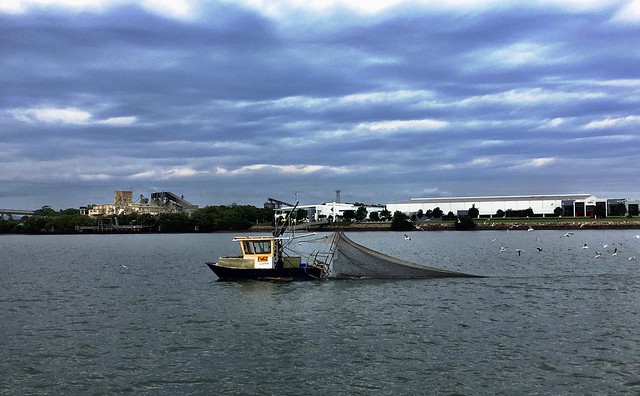 Noooooo – who fishes in the Brisbane River?! 👆🏻 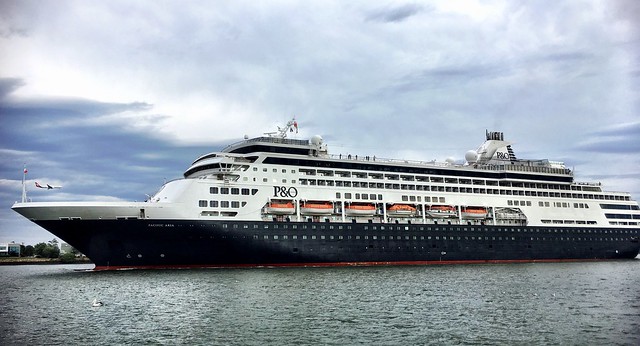 It rained for a few hours as we made our way down toward the Gold Coast Seaway – M had a good go at scrubbing all the dirt that has accumulated over every part of the decks just from general dust and pollution.

A lot of motor-sailing; we finally arrived at The Spit in the late afternoon, anchoring in Bum’s Bay. The ocean was over the sand spit in one direction – birds, boats and buildings in the other.

It’s like being back in Airlie Beach – we are (again) in the equivalent of a floating caravan park – which leads me to think immediately of all those toilets that must be flushing into this small area *shudder* – I think we’ll save our swimming for the ocean. 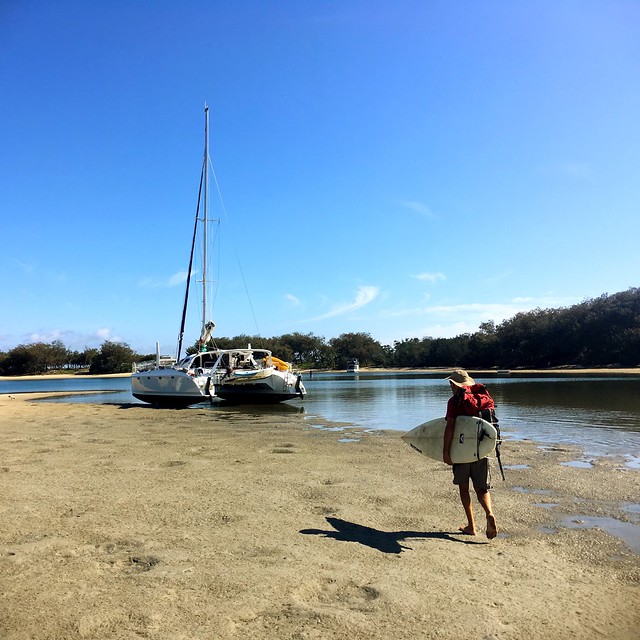 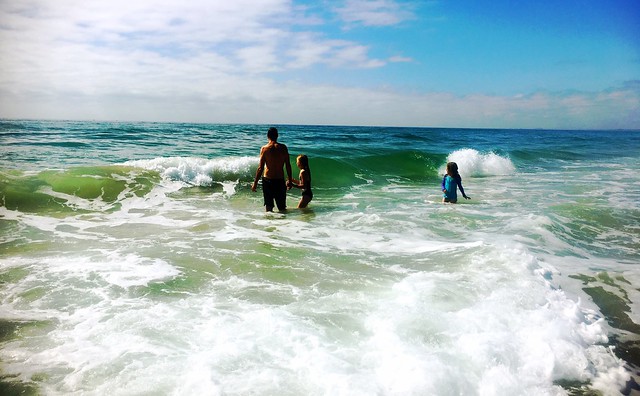 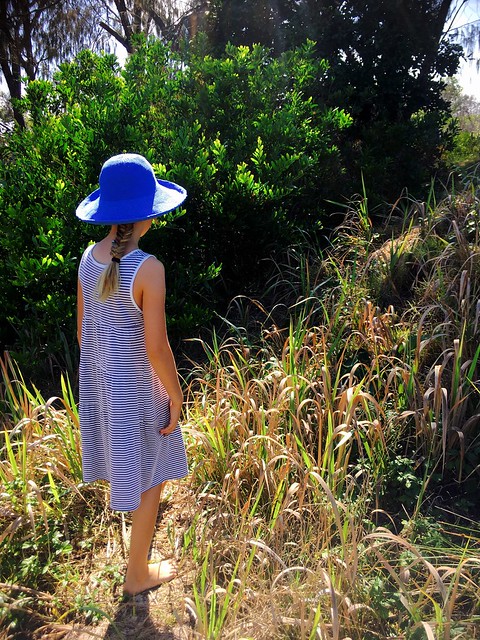 The Gold Coast! The money! The jetskis! The stupidly large motorboats! The amazing infrastructure along the foreshore!! The Smalls were agog.
“I love this place!” shrieked Small Z, as she and Small DB kicked off their shoes and ran toward something they’d never been on before – a bouncy pillow – staple babysitter in Big4 campgrounds throughout Australia!

This was close to a little toddler water paddle-park with waterfall, and another playground. Off the beach appears to be a floating playground of inflatable equipment with nets and climbing frames. What the?! Google tells me the latter is called Aquasplash

We took Foamy from The Spit and tied up at a jetty (immediately bringing down the tone). We were able to walk from there, via the bouncy pillow, with our two shopping carts and rucksack over to Australia Fair – your bog-standard ediface to rampant consumerism.

After buying provisions from the supermarket, we camped out in the food court where M had a reviving coffee and I smooshed half an avocado per person between two bits of bread, and called it lunch.

We looked like oddities – sailing scruffies surrounding by our shopping carts eating avocado sandwiches, while the hordes around us grazed on Macca’s, KFC and Curry in a Hurry. I spend most of my time assuming we are super-normal, but in the food court, we were freaks.

The wind, as M had warned us, strengthened – we arrived back food laden and damp. The man on the nearby large blocky looking houseboat was out on his deck – accompanied by his SEVEN longhaired dachshunds.

He looked worried – not about how many dogs he had, but about the fact that his anchor had dragged when the wind came up. After heaving the shopping aoard, M went over to give him a hand, and ended up diving down to reset his anchor for him.

That’s not the funny bit. The funny bit is when he was pulling himself out of the water up on to the deck. All seven of the little dogs came and licked his face as he levered himself back up. With both his hands occupied, he was defenceless. 😂