Our intention had been to go exploring around the islands for the rest of the week before heading back to Airlie Beach, however, the toilet started being recalcitrant and then stopped working altogether. After bidding Horseshoe Bay goodbye we had stopped again at the Eco Resort on the Gloucester Passage so the Smalls could frolic in the pool and M could get a coffee….

I had some me-time on Bella Luna while they were ashore. Wandered about inventing dinner and doing a few little videos. I had taken one out of Small DB’s window and returned there an hour or so later to take another one – and saw a Very Large and Luxurious Speedboat.

I could see it very well, as it had anchored itself almost dangerously close to Bella Luna. Sometimes that happens when people have more money than sense. I don’t think the Very Large and Luxurious Speedboat had anchored too close to us maliciously, I think they just assumed that all boats were like their boat – hanging off a skerrick of chain with out a lot of room to swing.

However. We use a lot of scope. There are various arguments about whether you should multiply the depth of the water by five and use that much chain (known as five to one) or be even more cautious and go for an eight to one ratio. Obviously the weather conditions also influence the decision.

Regardless – if the wind had come up in the night, we could easily have swung around an whacked them on their $500k bow. Gah. When I got up during the night they were still sitting there – motor running gently to keep their power topped up and their dinky blue LED lights flaring out over the water at the stern. Wankers.

We pulled up the anchor in the morning, which brought us within about five feet of the Very Large and Luxurious Speedboat. M manfully restrained himself from honking a cheery farewell with our air horn and we left the Eco Resort and Shag Islet behind us. 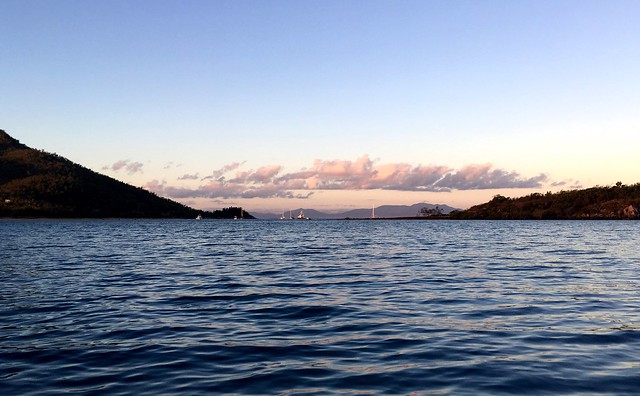 We stopped at Double Cone Island to work in with the tide – the anchorage was not ideal, so M stayed aboard while the Smalls and I went to explore. There was no one else there – again the beach area was covered with coral. Looking up to the tops of the cliffs they seemed to be covered in prickly pear. A bad thing. 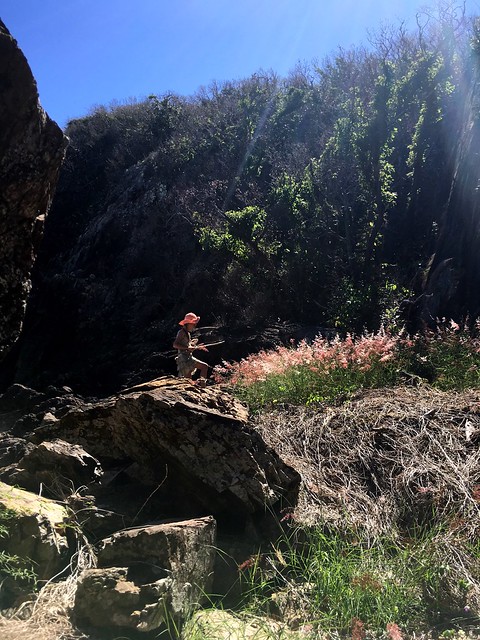 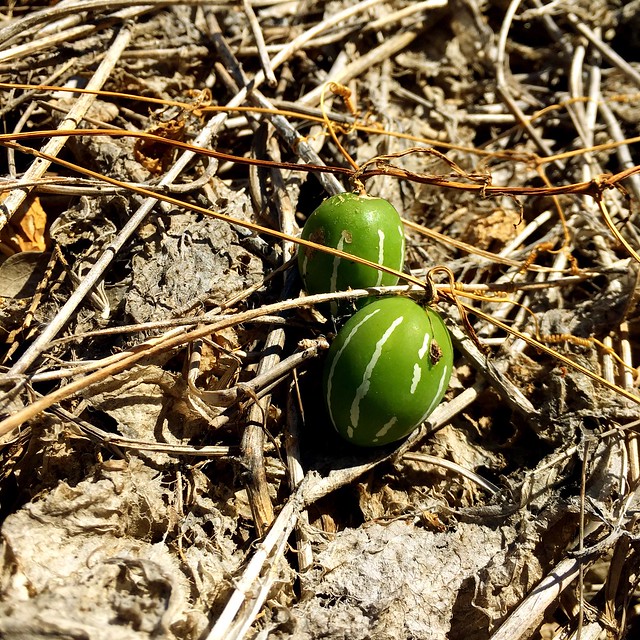 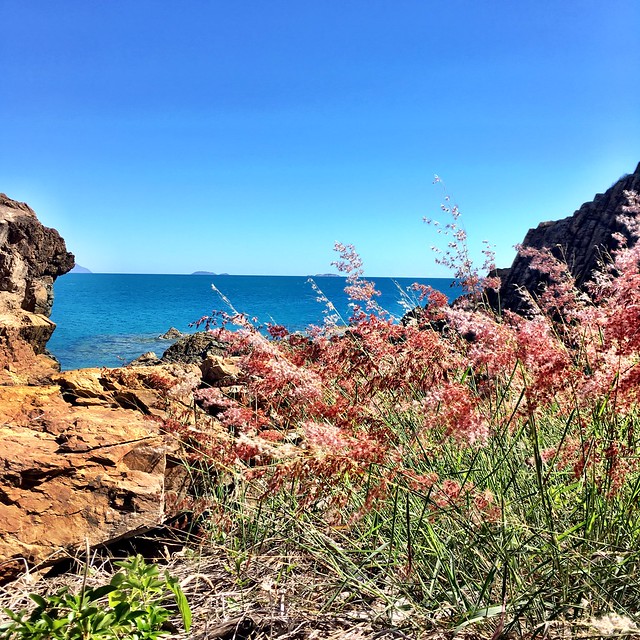 We found some flowers sheltering behind a large rock – the first ‘treasure’ I found was a pirate’s flick knife, rusted open and looking suitably treasure-islandy. I had thought there was very little rubbish, but as we walked around the other side of the island, it was easy to see that it was the angle that received all the weather. 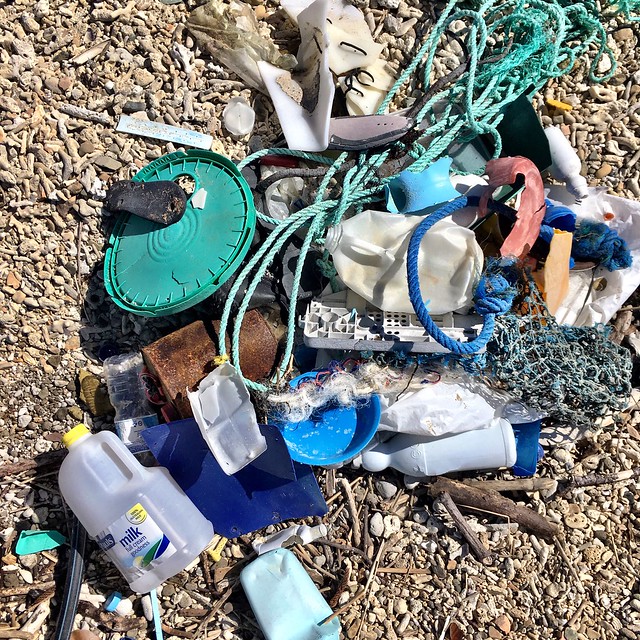 There was So. Much. Rubbish. There was also lots of driftwood and stuff, but BLERG – I had one of our white big garden waste bags with us and we filled it, and then filled another bag we found on the shore. We didn’t get it all, but figured it was better to do some rather than none – though I wasn’t feeling too happy about getting rid of it all at Airlie Beach – where there is zero recycling…

To end on a happier note – here is Small Z and a cowrie shell. 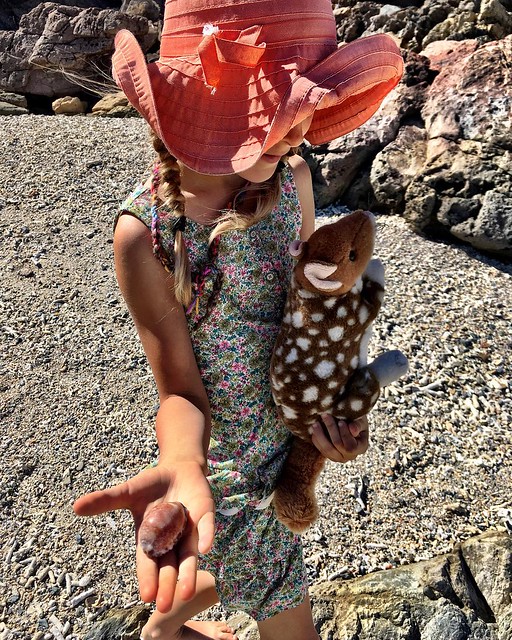