When Cyclone Debbie did her thing back on 28 March 2017 we were tucked away in Port Davey, on Tasmania’s west coast, with no phone reception. We had zero connection to the outside world. Thus, the flattening of many areas of the Whitsundays pretty much passed us by – but upon walking around Airlie Beach the day after we arrived, it was apparent that Debbie had done her worst.

Most of the trees had their branches ripped off, or were largely stripped – but the intervening months have left them with epicormic growth (‘epicormic’ being a word that I learnt from our friend David M – it’s that growth of green leaves sprouting out from trunks and branches, looking hopeful and verdant). Many businesses (including, to our horror, the LIBRARY) are closed down – there’s a general feeling that almost every resident is entangled in insurance company dealings.

Quite frankly, Airlie Beach is not really my kind of town, but I did feel bad for it. It operates as the ‘Gateway to the Whitsundays’ and is entirely geared around the tourist dollar – this meant that it’s very boat friendly. We saw quite a few people we had met on Middle Percy IslandX – some of whom go to Airlie Beach every year – it’s a good spot to do all your provisioning before wafting your way around the islands for a month or two.

Most of our five or six days there were taken up with replenishing our non-existent food supply, finding bits and bobs that Bella Luna required, fixing stuff that had broken, washing and drying a seemingly neverending swathe of clothes, sheets and towels. It was wonderful to use a fuel dock instead of M having to mule containers of petrol/diesel – and equally awesome to fill up the water with a hose, rather than schlep containers to and from the beach. Ah – the luxuries of the boating-centric tourist town.

I had been hoping to do a mega-blog update of everything, but it took quite a while to realise that Telstra no longer lets users access the free ‘Telstra Air’ service – unless you have money in credit on your Telstra account. I never have credit on my account – only data, as I buy data-only SIM cards. Sigh. Of course they couldn’t add such information to the ‘Telstra Air’ login page and save me considerable time – I had to hunt around the interwebs until I found a forum where someone else was explaining it to a numpty just like myself.

I would add some credit – but the minimum is THIRTY DOLLARS and it expires in 28 DAYS. FFS. Le sigh. I am still trying to find a way around it. I really hate putting up words without pictures, but I’m beginning to wonder if words aren’t better than nothing at all…

[Update: a kind post office lady printed me out a $5 credit voucher – wahoo!!] 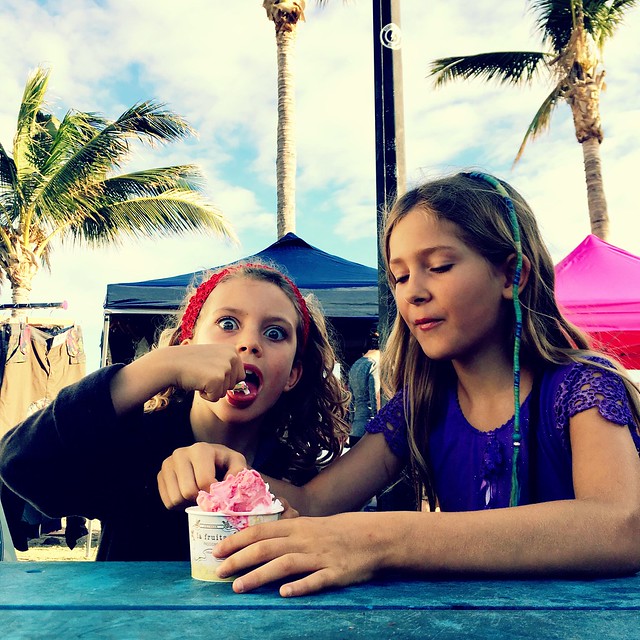 The day before we left Airlie Beach was the Farmer’s Market. We’d been told that it kicked off at 6am and that there was generally a rush on all the vegetables, particularly by boat dwellers, who wanted to stock up on fresh goods. I primed the Smalls – we were all up and at that market a few minutes after 6am. Of course, most people were still setting up, and I thought that our early rising had been for nought…until I saw the man with the BASIL. Huge bunches of basil for $2 each – I bought four – and as soon as I got back to the boat, wished I’d got double. 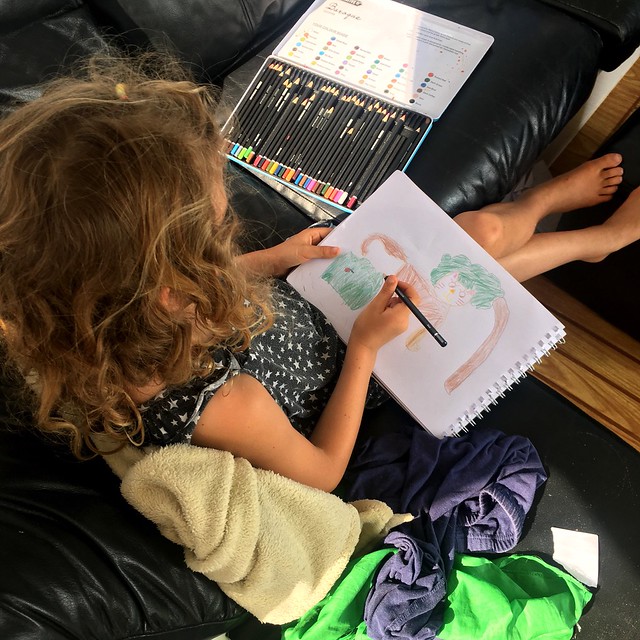