It was *hard* leaving Middle Percy Island. One of the downsides of finding people with whom you connect, is having to leave and continue on the journey, not knowing when you might meet up again. Our Treehouse friends were difficult to leave behind – if it wasn’t for the battalions of sandflies eating every exposed piece of our skin, it would have been even harder.

We left the lagoon (in zero-breeze known as the sandfly-pit) on the morning of Saturday 8 July 2017 and anchored briefly amongst the many other boats in West Bay while we went ashore to say goodbye. Baitfish were shooting out from underwater and skimming across the surface, chased by the resident Large Fish, as dinghies and SUP riders coasted by.

M collected a few more coconuts, while the Smalls and I bade fond farewells to our friends – Lindsay, Kate, Bob and Marla. We intend to drop by for a night or two on our way south, but Bob and Marla will be gone by then – hopefully we will see them in Tasmania in the summertime. Kate very kindly gifted the Smalls some air-drying clay and clay handtools, and I swapped some butter for two rolls of toilet paper, three onions and two limes. (Dairy was excellent currency.)

With promises to return, we returned to the beach, where M was labradoring some new people who had just pulled up their dinghy near Foamy. They introduced themselves as Meredith and Alan from Free Spirit – they really just should have levitated and thrown glitter everywhere – as they became our ANGELS OF MERCY.

While chatting about the wonders of the island, I no doubt mentioned how it was all wonderful…except for the sandfiles and our broken stove. Yes, my much-loved Wallas Nordic DT had thrown a tantrum that M has been unable to remedy, and we had been cooking on a campfire for several nights – as well as having two goat-curry dinners.

I had merely been whining about no-stove, however… Alan is obviously a man of action. “No trouble!” he said. “We’ve got one of those cheap gas cookers just in case we have any stove problems – we’ve never even used it.”

This awesomeness helped temper the sad-goodbye feelings, and we sailed away from West Bay, around the island to Whites Bay, where we went exploring on the beach. 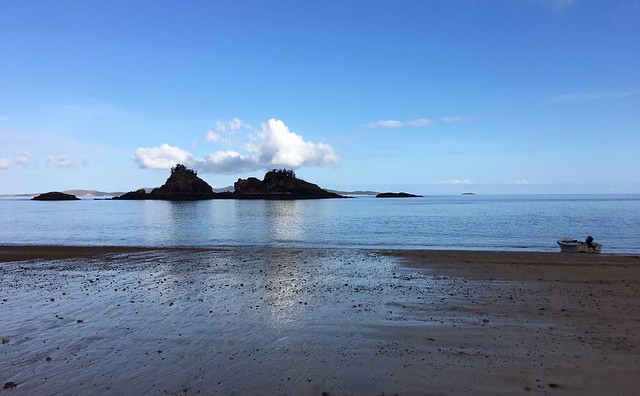 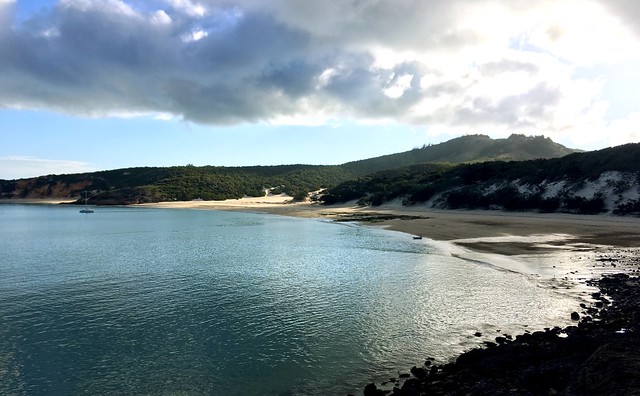 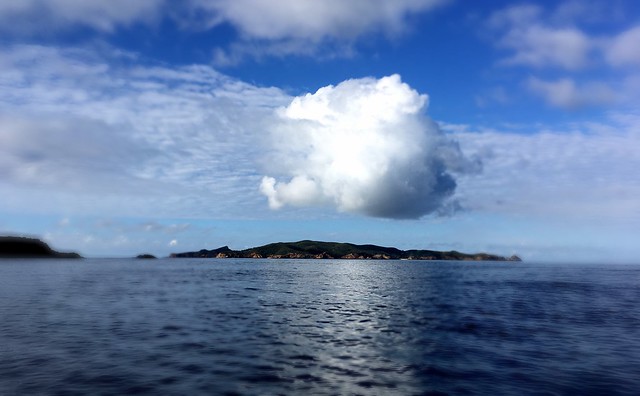 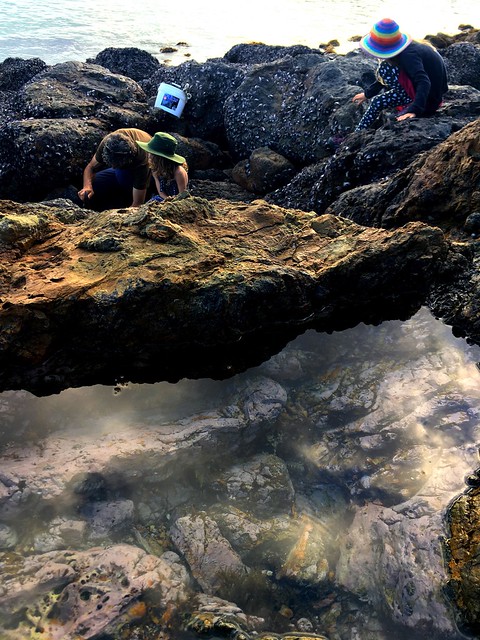 M found some oysters that appeared to have been put on earth to try me – not only were they the most sublime I have ever tasted, they were T-I-N-Y and almost impossible to remove from the rocks. While M gave it his best shot, there was a HUGE splash from the water just nearby.

We were the only ones about, so it was a little disconcerting. About ten minutes later it happened again – we saw a MASSIVE fish jump out of the water, chasing a whole school of baitfish that were swimming for their lives… 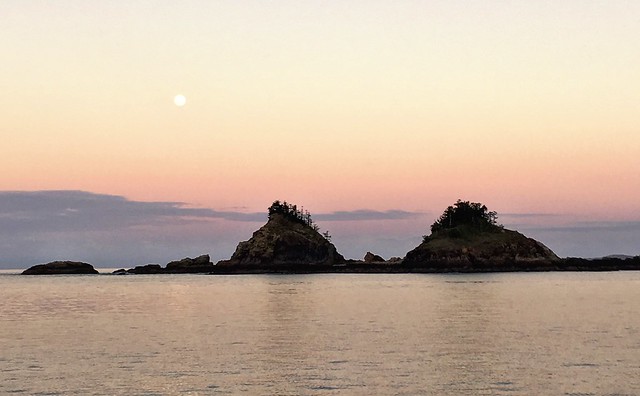 In the morning we continued navigating around Middle Percy Island, radioed in another farewell and began sailing toward Airlie Beach. Our journey was made immeasurably better by the little stove and by the full moon that lit our way through the coming night. 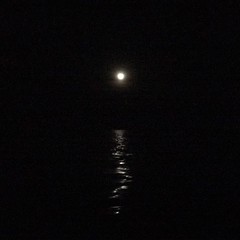 Dawn eventually did her thing… 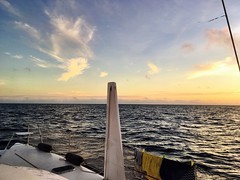 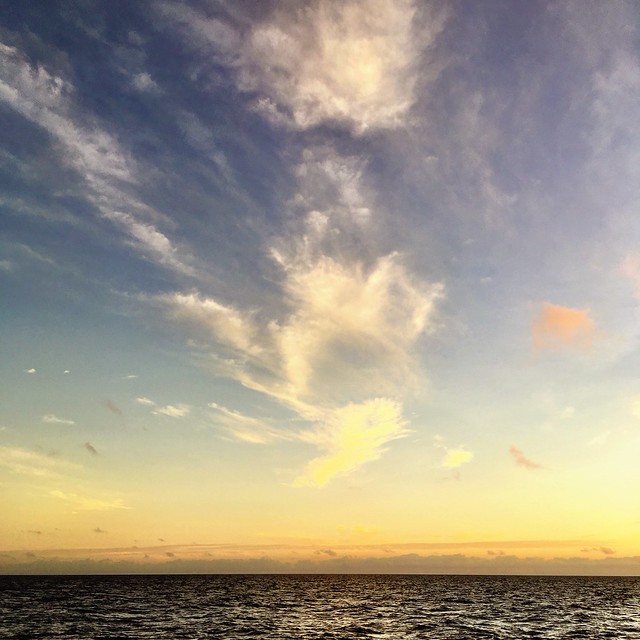 By mid-morning on 10 July it was looking iffy whether we would make it to Airlie Beach before dark – but a combination of wind and tide working together saw us fanging through Fitzalan Passage and making very good time – we were anchoring at Airlie Beach before 4pm. 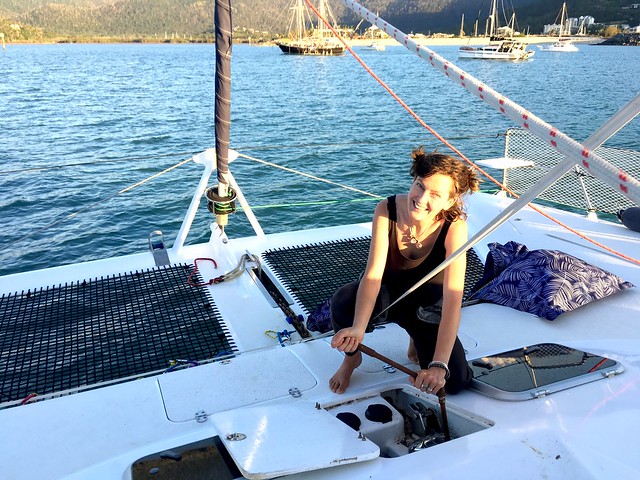 On our way we had seen Hamilton Island – it was quite grotesque. A beautiful island that looked like some gormless developer’s wet dream – a gulag of council flats plonked down in lush tropical surrounds. The height of unsympathetic architecture, although I’m not even sure if the word ‘architecture’ applies. We continued sailing past, eyes averted. It could have been done so much better.