Hand-steering, after a few months of relying on Hoo-Ray the Autopilot, was actually pretty cool. A bit more work, but much more concentration involved, and that felt good. M and I did shifts as we sailed the 35nm toward Yamba. The last time we went there was in July 2005.

We are vigilant at all wearing our lifejackets as we cross a bar (going from the sea into the Clarence River in this case) but the conditions were so benign that we almost forgot. It was easy peasy lemon squeezy. Firstly we pulled in at the marina to get the lie of the land – there is a jetty that you can tie up to for 30min while you sort yourself out.

Aaaaaargh! It was so close to a Telstra WiFi hotspot that we could almost touch it – I imagined lazy days uploading all my photos on a screamingly fast connection, while plugged into shore power and water, with access to showers and laundry… but at $46 or so a day, we chatted to a few people and then motored off to find somewhere relatively central to anchor. For free. 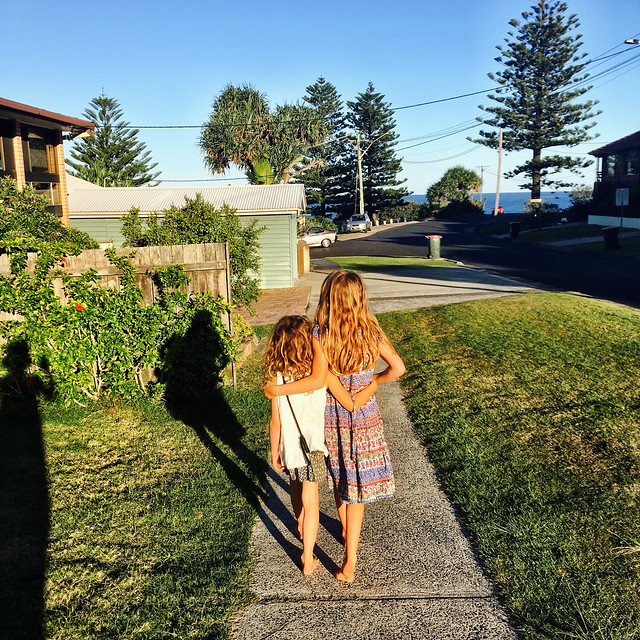 Yamba. Very refreshing after Coffs Harbour – it’s like a subtropical Tasmania! The women at the post office were super-helpful, and Rosie in the fancy deli on the main street was awesome and let the Smalls busk outside her shop. Almost everything is easy to get to, the op-shop is excellent – the only slight difficulty we have had was walking 4km back from the big supermarket with one supermarket trolley and two shopping trolleys after I dragged everybody on a provisioning shop. It was worth it. 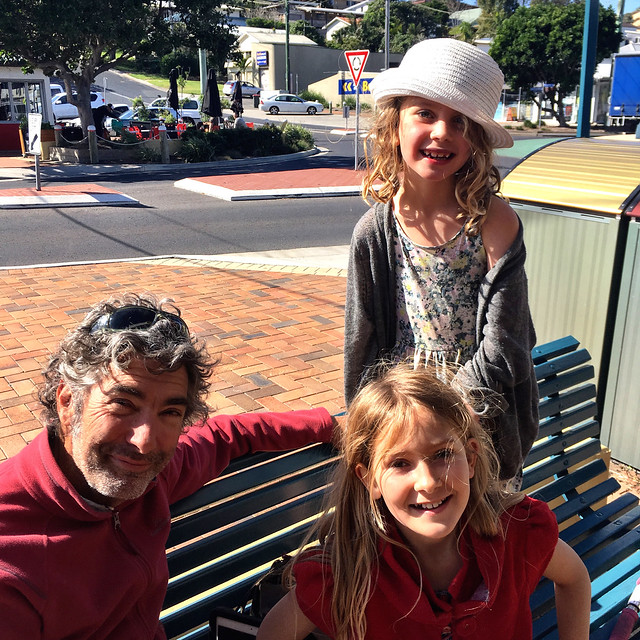 We did a bit of poking through the hard rubbish that people have our the front of their houses at the moment – M scored a bicycle – with an aluminium frame – and with the help of copious amounts of WD40 and pliers, revived it, and coasted around town with the wind in his (increasingly lengthening) hair.

Much to the despair of the Smalls, our three scooters have basically rusted away. We are hunting for new ones, and hold hope for the Hervey Bay Tip Shop – the one M and I became intimately familiar with over the two years that we renovated our Queenslander.

Writing of Hervey Bay reminds me that it looms large on our agenda – the Smalls have cousins (do I even call them cousins? what are they if they are the children of M’s neice and nephew?) anyway – they are a similar age to the Smalls and have never met. M and I haven’t been to Hervey Bay since the sad departure of his mum in 2006. The winds will dictate if we stop in Brisbane, but it looks increasingly unlikely. 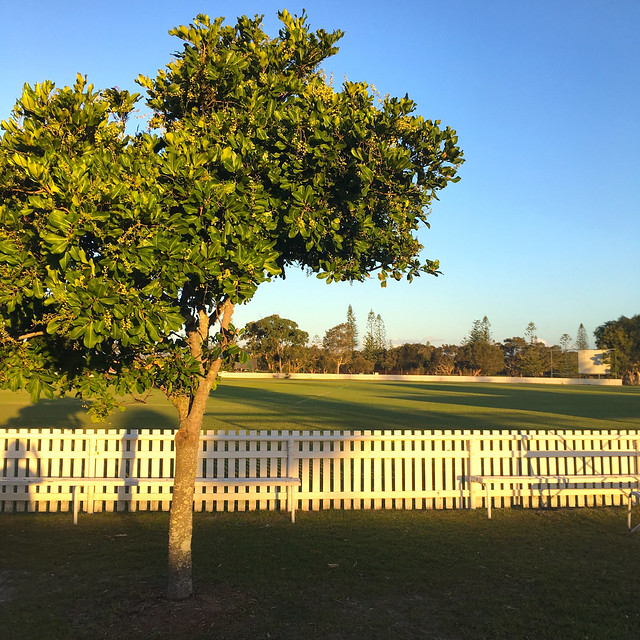 Thoughts of the North

Both M and I are looking forward to the Whitsundays or thereabouts, though there is some trepidation in our hopefulness. In general, we don’t like following the crowd – preferring to explore on our own and not wake up surrounded by 20 other boats doing the same thing that we are.

However, that may be in our future, as it seems that the majority of cruising boats we’ve met or heard of on the east coast, are all heading NORTH. And why not? Everyone easily succumbs to the dream of crystal clear warm water and tropical islands. We want to use the boat as a swimming platform for a change, rather than a means of transport.

We were spoiled in Tasmania – our timing, quite by accident, was perfect. We got down there early and left quite late. In that time we spent several days behind a flotilla who had paid special rates to all travel together and circumnavigate Tasmania. When we arrived at a few places, people would tell us that there had been 27 boats near the mouth of the Gordon River a few days before, or anchored in Strahan, or Port Davey.

It was lovely to be solitary. But as we go futher up the coast, there will be a lot more boats – and I’m hopeful that the Smalls will hook up with some other boat-kids. I’m also hopeful that when we all agree that we have found a perfect spot, we will happily remain there for a week or two. It’s great to travel, but we have been making our way up the coast for a month, with the intention of STOPPING once the water is warm enough to swim.

Mornings in Yamba are quite chilly, although the days have been quite sublime. To swim here, even in a wetsuit, is a committment – and not for the fainthearted. I’ve immersed myself in water about four times in the last seven or eight months – I’m hanging out to be somewhere where I can wake-up, put on the kettle, and jump overboard for a swim while I wait for it to boil. How good will that be?! 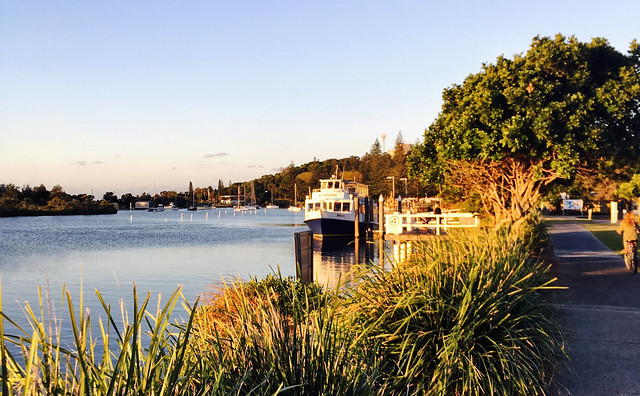