M heaved himself into the day at 6am and somehow managed to untie the ropes from the shore, secure the dinghy and pull up the anchor without mishap all on his own. I had earned a Small in the night – courtesy of the cold – and I earned another – Small Z – who had been woken by the anchor winch.

By 7.45am we were floating in the channel and picking up the first forecast we had heard for a few days. (Note to mariners: there is no VHF coverage in Casilda Cove). Based on the new information, we decided to leave on Tuesday when there’s a north-easterly forecast for the morning with minimal swell.

We finally had a day of intermittent sunshine instead of icy showers indispersed with sleet. We went to Waterfall Bay and scoped out the waterfall, to which some enterprising soul had attached a pipe and a kooky kind of construction that looked as if it would be far easier for a monohull to tie up to than a multihull. I refused to let M try. There was a lot more water coming down than there had been when we first arrived…

The weather was kind and the wind minimal so we went to explore Bramble Cove – I am so happy we did. This was one of the first beaches where the the sand was sand, and not mostly quartz. M and the Smalls did some jumping…` 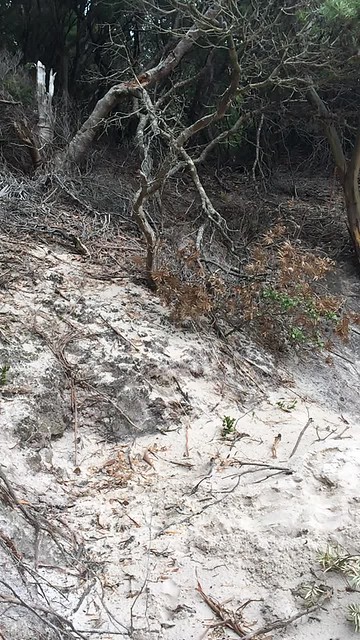 There were gum trees growing down to the sand, and a beautiful little creek. 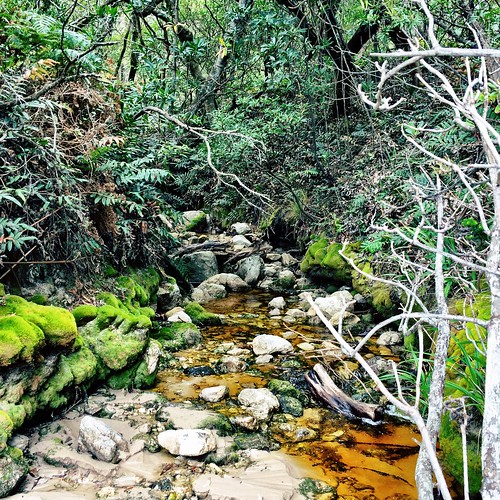 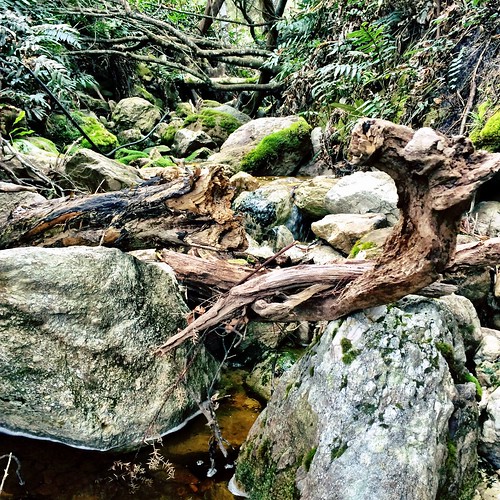 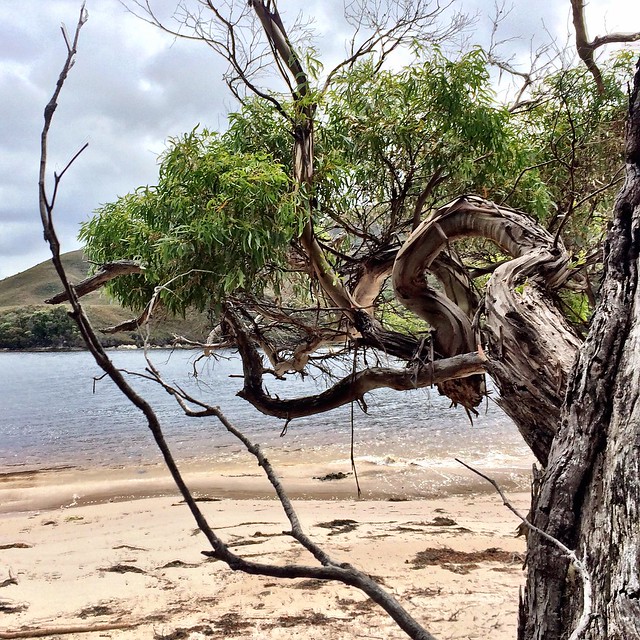 I followed it up a little way and – another pipe! It was like a rigid black hosepipe and the other end was out of sight, further up the creek. I climbed the side of the creek to look at the water flowing out of the pipe and walked into a sublime campground. 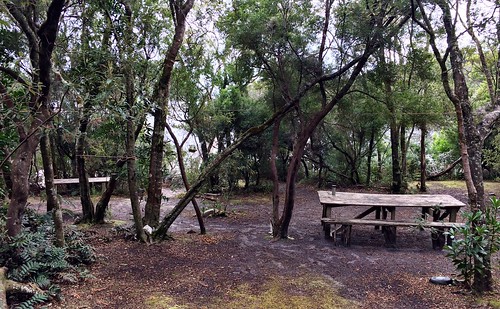 There was no rubbish anywhere – two wooden tables, an old kettle hanging in a tree and two frypans ready to use. There’s not a lot that would convince me to return to camping in a tent (as opposed to my caravanX) but a week there of sunny days would please me greatly. 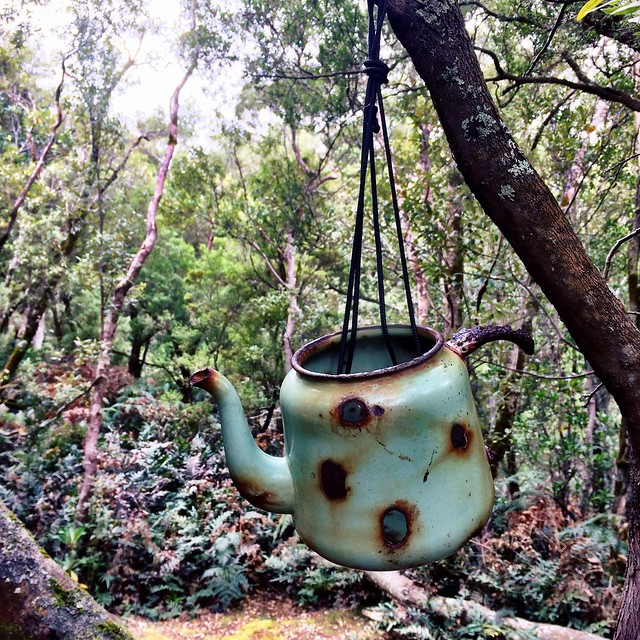 The Smalls climbed on an island… 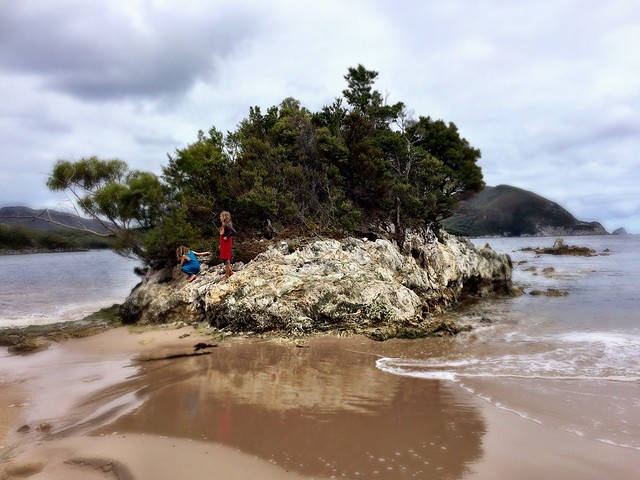 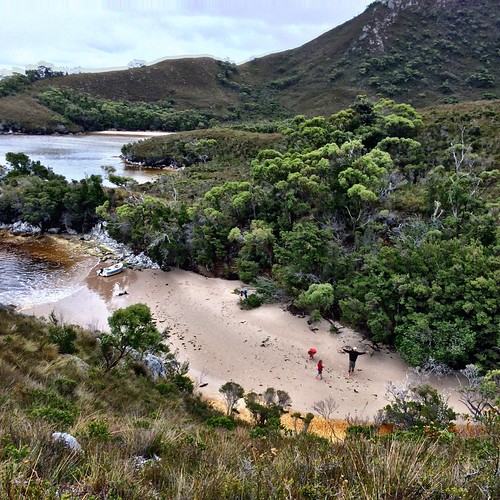 The final beach of the day was near Datum Point – M was keen to find a walking track up to the top of Mt Milner. The Smalls did crescent-kick-the-dadda on the beach, while I wandered through the bush on the point and found what looked like a track.

M took us back to the boat and then set out on his solo manly ascent of Mt Milner. Standing on deck we walkie-talkied each other when he’d made it to the top. Trouble was, he was so tiny, I couldn’t tell the difference between him and the trees that peppered the ridge.

“Wave your arms!” I instructed, gazing at the top of the mountain. “No, I still can’t see you…”

“Nope…I swear you must be about a centimetre tall – where are you?”

I gazed and gazed to no avail. “OK. Crouch down and then stand up a few times….oh! There you are!!”

A tiny dot was visible – short, then tall, short, then tall. This, for whatever reason, was a comfort. He had indeed walked a long way. This is a picture he took when he was a centimetre tall on top of Mt Milner.

We spent the night at anchor in Bramble Cove…