After lunch today…….we CLIMBED A MOUNTAIN! Totally did! We climbed Mt Beattie – with M being mule-man under his haversack holding All That Might Be Required. (In a November many years ago he was hiking in the south west of Tasmania and was halfway up a mountain when the weather did a backflip and there was a massive snow-dump, leaving him to spend considerable time in a cave before cutting short the journey.)

Therefore, he trudged with everything in his haversack, the Smalls (for the first third of the way) gambolled about with their own backpacks containing a magnifying glass, pencil, paper, binoculars and water. They were nature-spotters and specimen collectors… 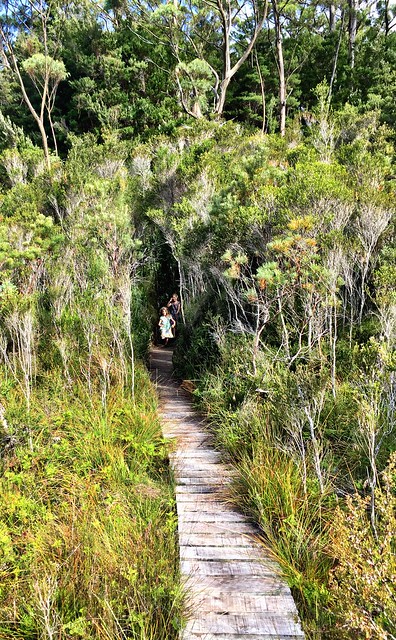 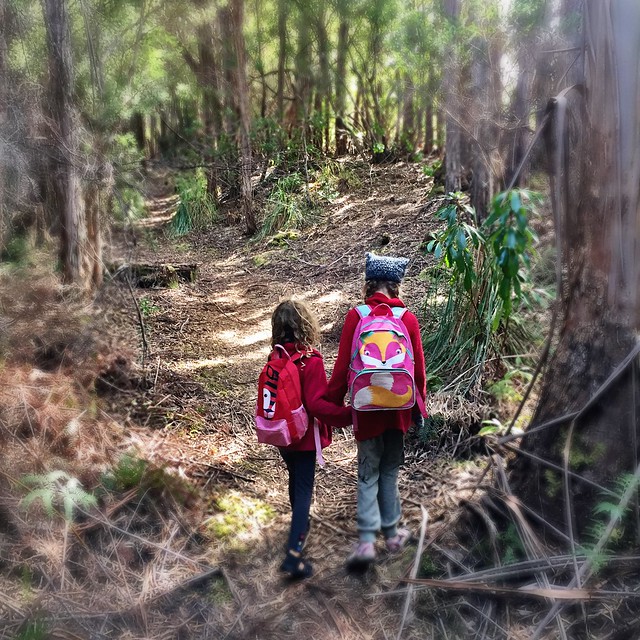 We stopped for a rest break and a snack. The Smalls also made up a game –>they would come to me when their energy was flagging and I would ‘recharge’ them by firmly pressing on their heads…. It seemed quite effective. 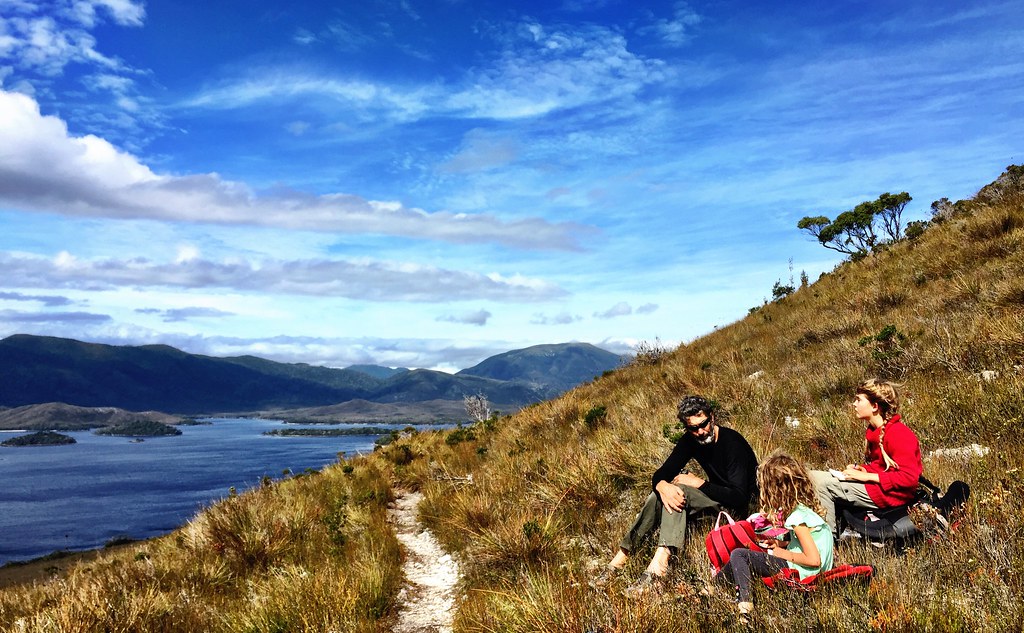 We finally made it to the top – and having peeled off my layers down to a singlet, I quickly piled them all back on (and added another from the Haversack of Requirement). The wind was strong. The wind was arctic. The views were ineffable. 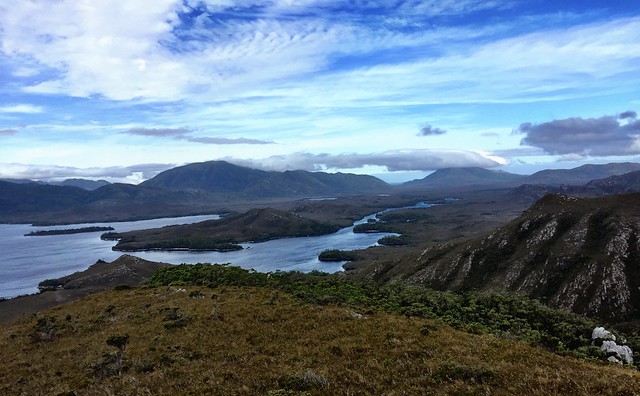 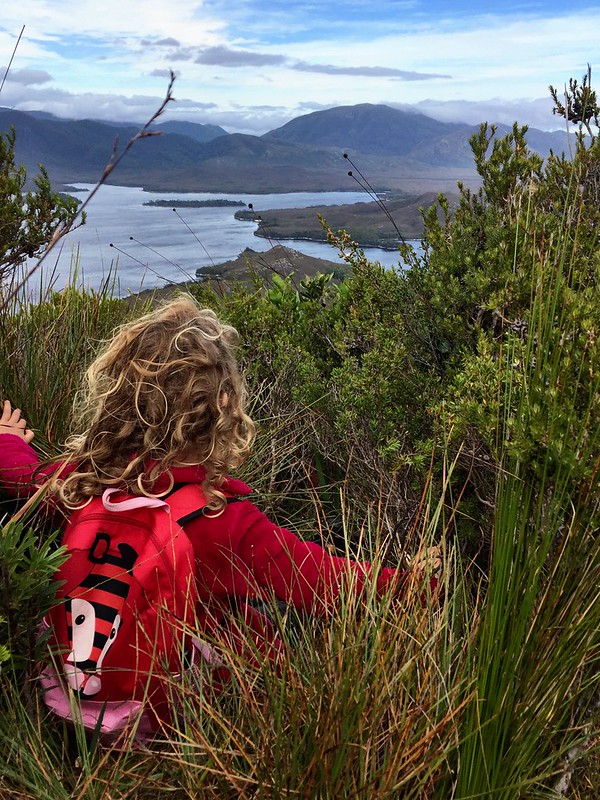 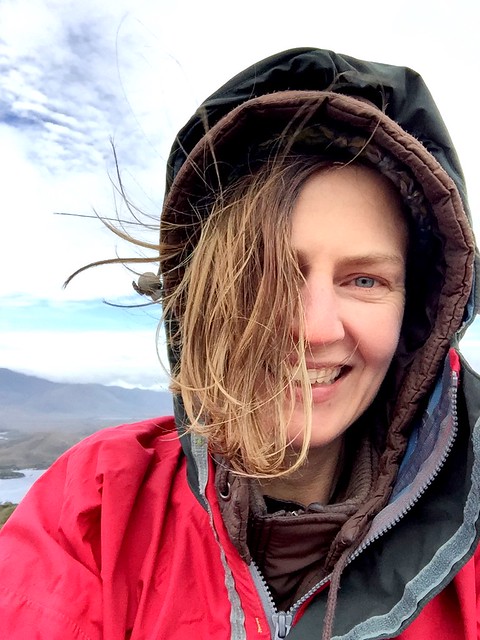 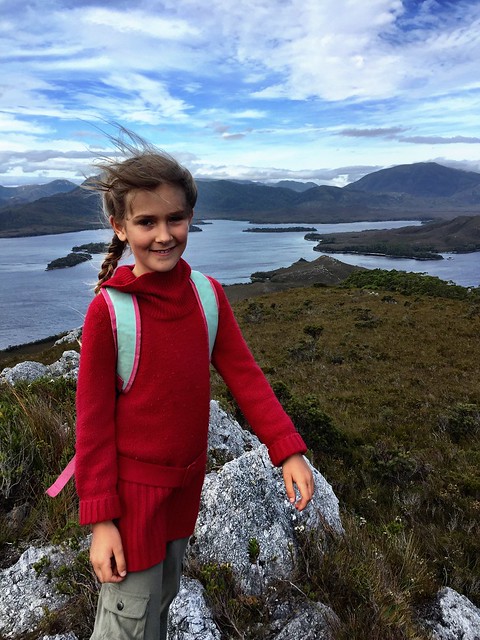 The descent was made in far quicker time (less specimen collecting and more sibling fighting). 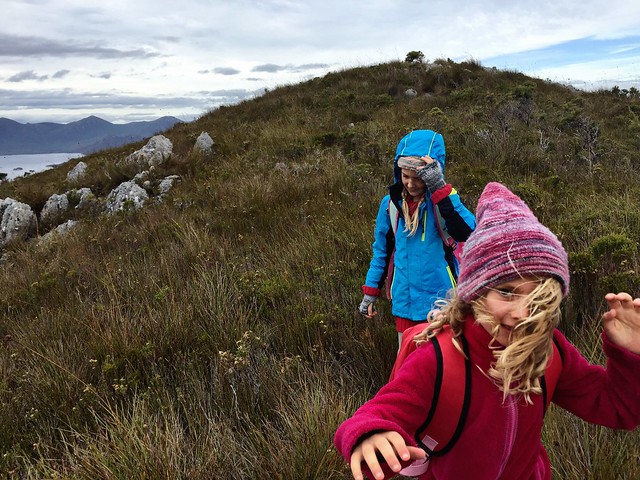 We finished off our marshmallows over another fire at the house, this time paired with lentil vegetable soup with some spuds cooked in foil in the fire. 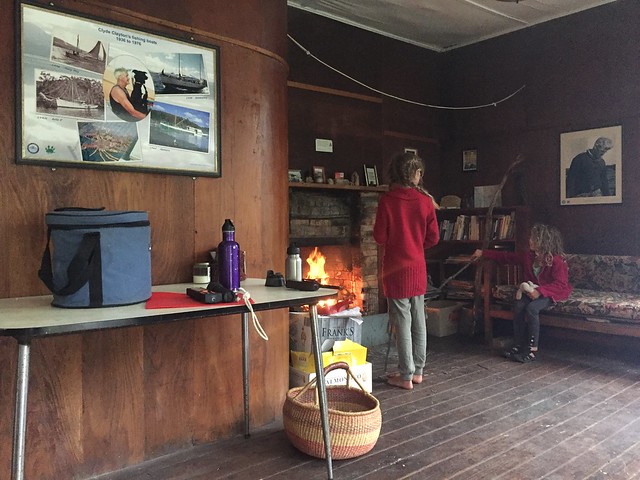