Just to explain: Clayton’s Corner is named for Clyde Clayton, who was a crayfisher in the south west of Tasmania for much of his life. He was married to Winsome King, sister of Deny King – all of them legendary for their achievements in both working and living in the extreme isolation of Port Davey.

There are two books worth investigating if you are interested, the first (I have mentioned previously) is King of the Wilderness by Christobel Mattingley, and the second is Win & Clyde – Side by side in Tasmania’s far south west by Janet Fenton.

Inside, the house was… well, it just felt like a benign and happy space. Small Z opened the door and instantly said, “This smells like Beard’s house.” And she was right, it totally did. Woodsmoke, books, an Aga and a big cast iron teapot. Some reference books, wood by the fireplace, a little swap-library and information about Clyde Clayton and Winsome King, who lived there between 1962 and 1976. We signed the visitors book and marvelled at the way the garden used to look fifty years ago. 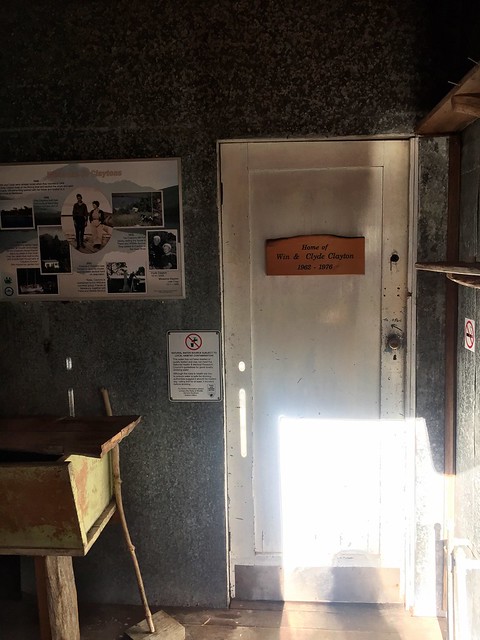 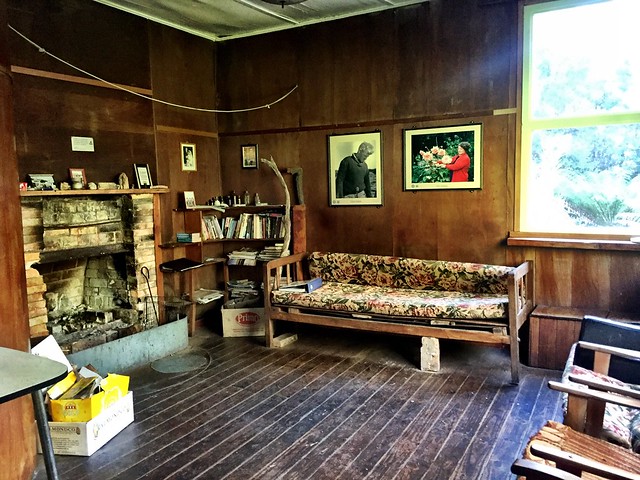 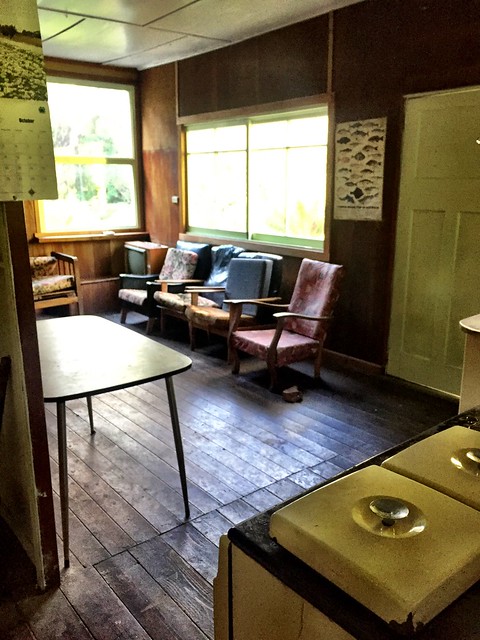 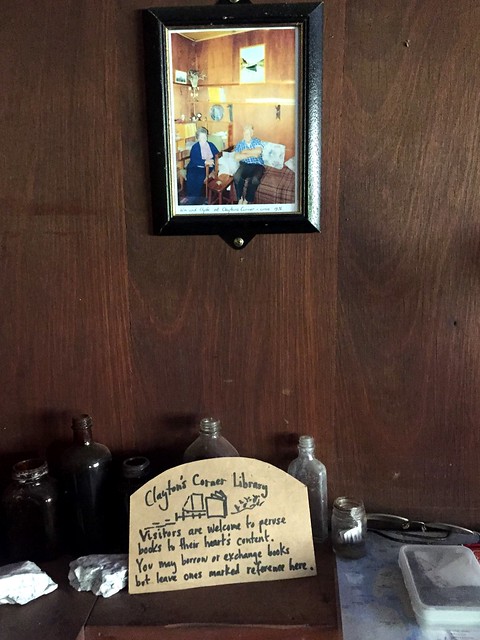 Our first full day at Clayton’s Corner was deemed (in Small parlance) a ‘Home Day’ – and in adultspeak – ‘Recovery Day’. We relaxed. I napped. Later in the day we walked up TV Hill – a small spot not far from the house where Clyde Clayton used to have his TV antenna. 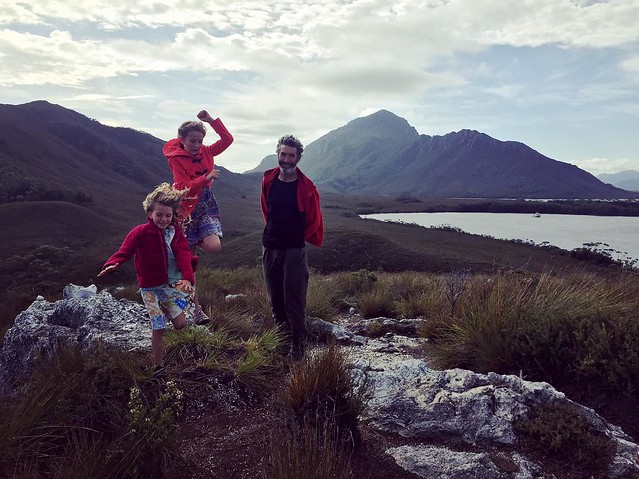 Small DB and M went and collected firewood. Small DB had barely been able to contain her excitement all day about having a fire and had started counting down the hours shortly after lunch. 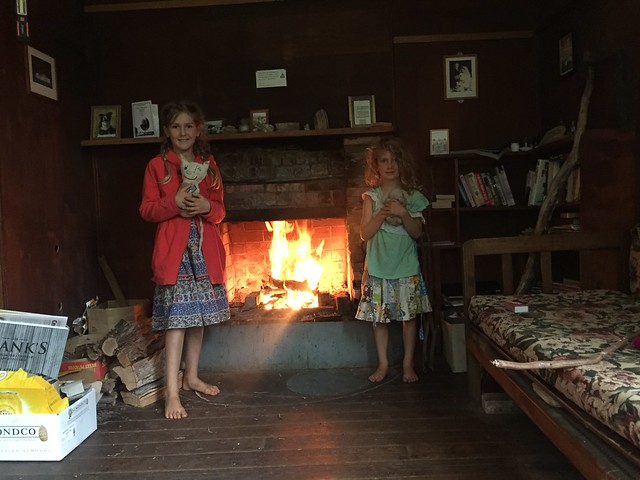 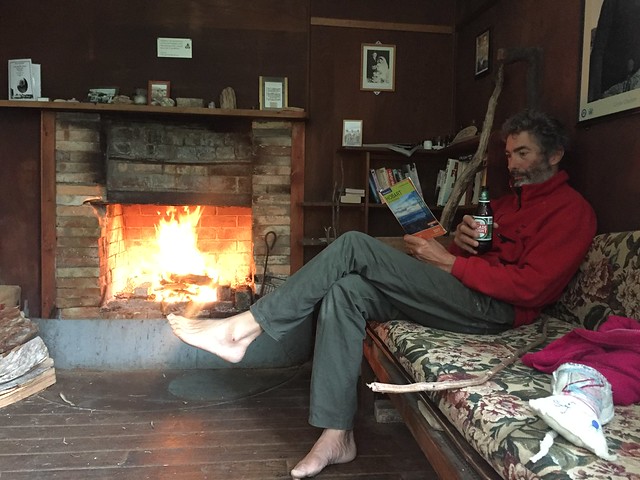 Dinner was marshmallows toasted on sticks over a fire in the fireplace, followed by buckwheat damper with butter and jam. Being in a cosy house by firelight and torchlight was heavenly…. We played Chinese whispers, and Small DB said it was one of the best days of her life…. 🙂 so easily pleased…. 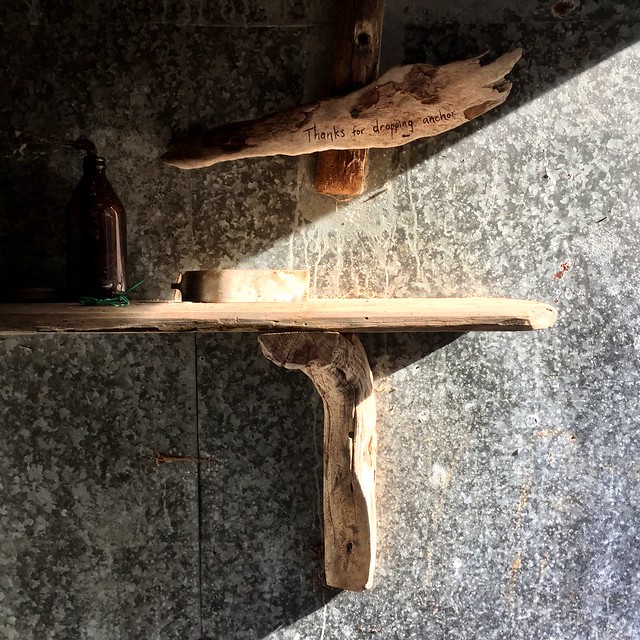 This morning the Smalls and I continued to explore the garden – and using the map on the wall of the house, we located where a blueberry bush once was – and found it! There were six blueberries on it, and we ate them. Yum. 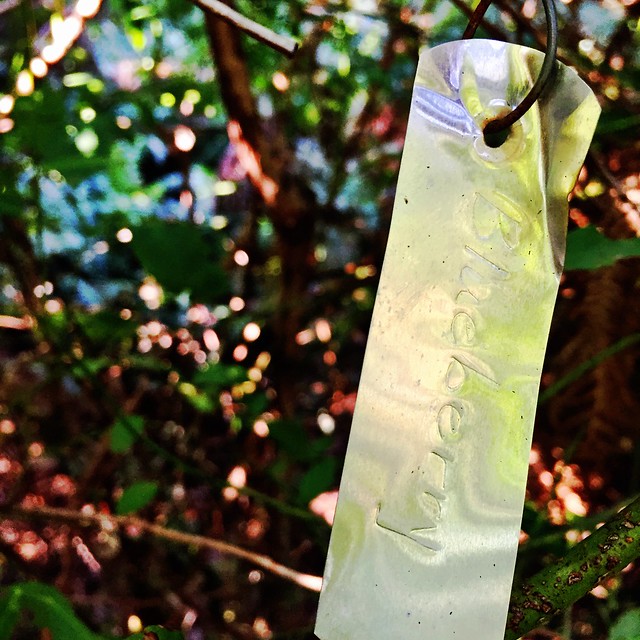 It’s so interesting to see what 50 years has done to the garden – it is largely invaded by bracken. It feels like the bush has gradually encroached on what was once an incredibly well-tended oasis of flowers, vegetables, fruit trees, ornamentals… We wandered amongst it all for quite a while.

And then, after lunch…