In any co-habiting relationship there must be an occasional element of despair. Mine erupts when M tidies up after he has invited people to come and peruse the boat. Not only does he do it with far more alacrity than he would ever have for just us, he also throws things out with wild abandon and stuffs things anywhere – the Smalls spend days afterward pulling the wrong person’s clothes out of their storage holes.

M’s despair doesn’t exactly erupt, but seeps – most often when I have read exactly nothing about our next destination and therefore show no particular interest in it. Sarah Island being the most recent example. Until seven minutes before we anchored off the side of it, my knowledge consisted of the following:

As we motored toward Sarah Island (in the absence of any wind), Small Z and I were both under the impression that it was a little rounded tussocky island about one acre or so in diameter. Because that’s what we were motoring towards. See? That little one…over on the right… 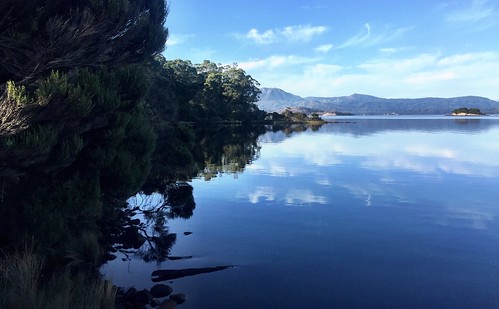 “So I think,” said M, as he steered us up the harbour, “We should drop in at Sarah Island. It’s such a beautiful day – we might not get another chance. Do you want to go ashore there?”

He whole BEING slumped at me. I did actually see him roll his eyes. It made me shriek in what he calls my bat-sonar voice.

“WHAT? WHAT??!? I’m so sorry that you’re not travelling with a goddamn historian. I don’t CARE if we go ashore, but you OBVIOUSLY DO. So let’s go. OK? Fine!!”

Sarah Island turned out not to be the tiny island – it was of reasonable size. Who knew? M. That’s right. We used the mooring that had been recommended to us and jumped in Foamy, alighting on a big pier that is apparently used by tour boats. But they’d obviously finished for the day; because we were the only ones there. M was spooked by the island – “I wouldn’t want to stay here for the night…” Sometimes ignorance is bliss.

I walked only a few metres off the pier on a well made track, looked to my left, and gasped. From the sea, the island had looked like yet another tree-covered expanse – something to pass by on our way to the Gordon River – but a just a little way in were expanses of lush grass, man-ferns and RUINS – old fireplaces built from handmade bricks…

There was HEAPS of infrastructure there – you could see the old slipway where the shipyards used to be – still functional. The Tasmania Parks service have done an amazing job there – the pamphlet they provide is fantastic – as are the descriptive signs that are there.

M was happy to learn that conditions for the convicts on the island had gradually improved over time – with harsh discipline being replaced by a more co-operative arrangement. The afternoon was so warm and so still – we were the only ones on the whole island – wandering the tracks and reading about the nine foot high fence that ran right across the island as protection from the wind…

To be able to wander about and absorb everything was slightly intoxicating. Had the weather been freezing, windy and sleety – I’m sure the it would have felt like an entirely different place – bleak and isolated and maybe a little bit creepy – but on such a sunshiney afternoon, it was beautiful, historic and intriguing. 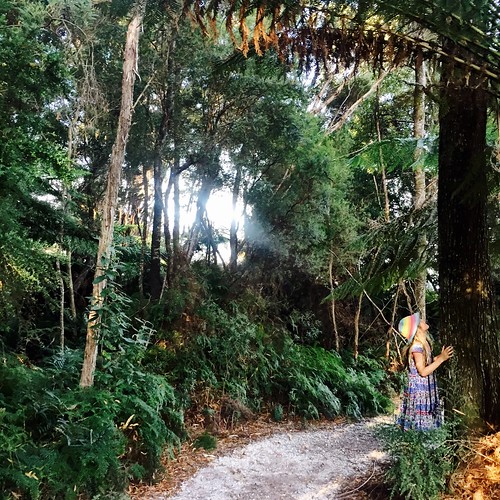 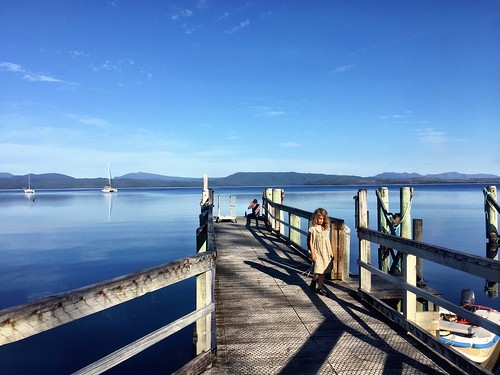 After an hour or two we made our way back to the pier – and I thought I was seeing double, because when I looked for Bella Luna I saw her twice… it took me a few seconds to realise that another catamaran had anchored not far from us… 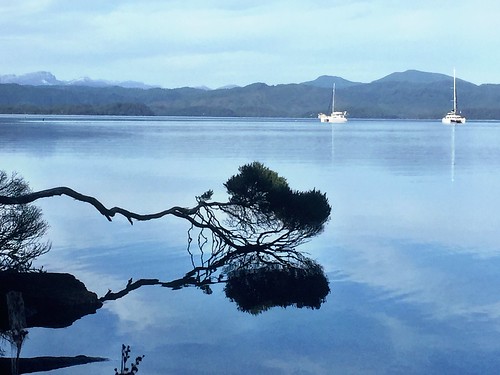