Kettering to The Quarries – Bruny Island

[Today is the kind of day I need to describe here in order to remember. The kind of day I hoped we would have when we first thought of a cruising life. I want to have it here to remind myself in the future what a normal day aboard in a new place can be like. My mindset is hinging on the fact that this is our first new anchorage in quite some time. None of us have ever been here before…] 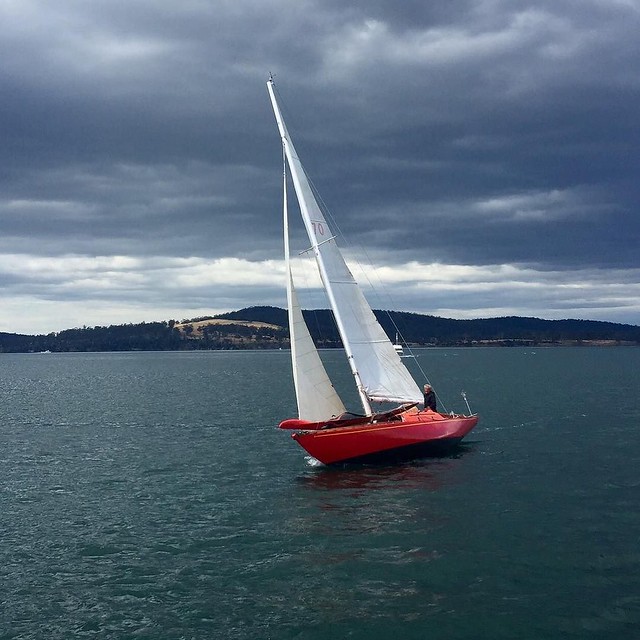 Just as we left Kettering, our friend Grant sailed in – we scored a flute serenade that the Smalls danced to on the front nets…these are the last few seconds of the performance…

Apache serenade…. from beth on Vimeo.

We arrived last night some very windswept hours after leaving Kettering at about 2pm. It was such woolly weather that I had to lie down while I was inside, because I began to feel a little dubious. This morning when I got up, the batteries were too low to turn the stove one… WOES…

As I sat and typed, the sun gradually fed the solar panels, but the situation remained tenuous. We waited until about 9.30am, but then gave up and put on the generator. I’m hoping that it was just a coincidence that the only other boat in the bay took off a short while later.

After collecting the hats, applying the sunscreen, chucking some carrots, apples and cheese in the bag, finding shoes and jumpers, we got into Foamy and headed ashore. M tells me that many many years ago, when they were still plundering all the sandstone, inlets were dug out of the coast in The Quarries Bay (where we are anchored) so ships could load cargo with less difficulty. We tied up in one of them. 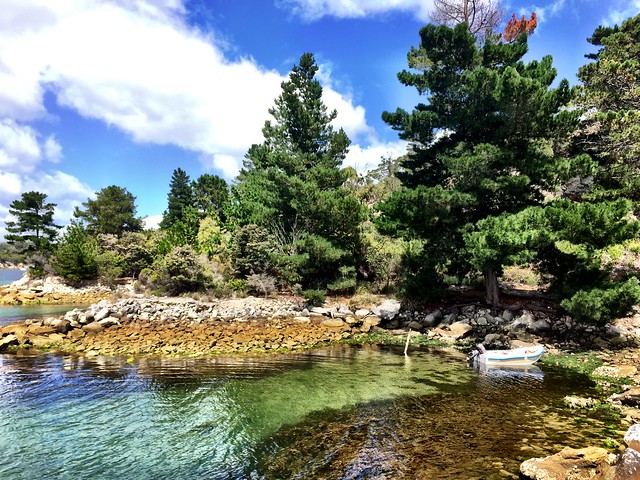 The sandstone quarries…HUGE CHUNKS out of the land – you can see why they wanted it – the colours are just beautiful. But it’s so crumbly…we stood in one of the caves and I could see occasional trickles of sand coming from the ceiling. We stuck to the edges. 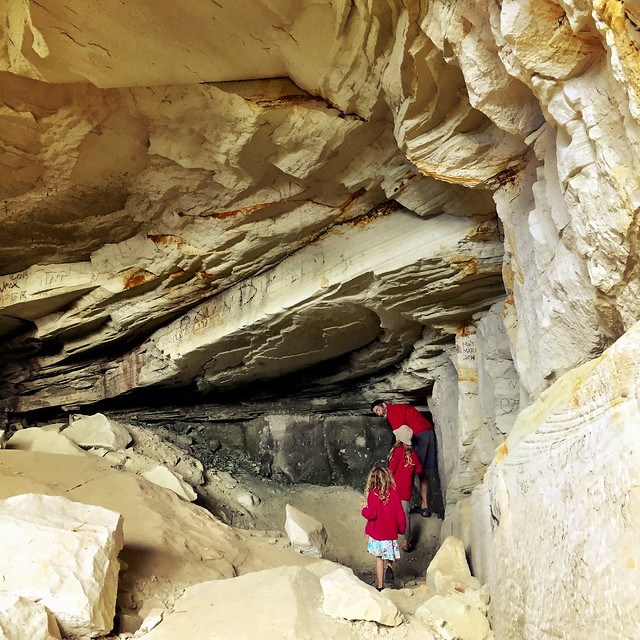 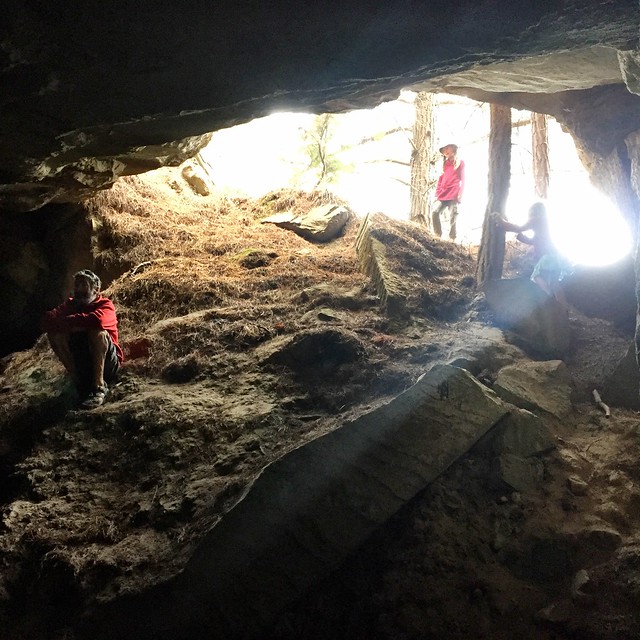 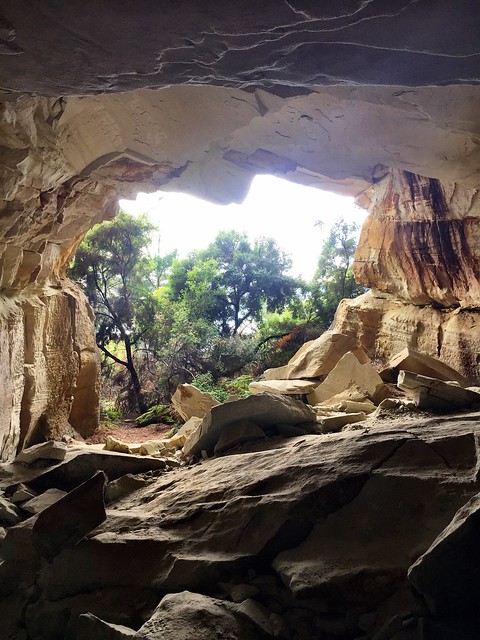 M had all of us finding ten different animals and ten different plants. We found many tiny crabs under the rocks we turned over near the shore, skinks, starfish – we saw tadpoles in the ponds that had been created in the bottom of the manmade sandstone caves. 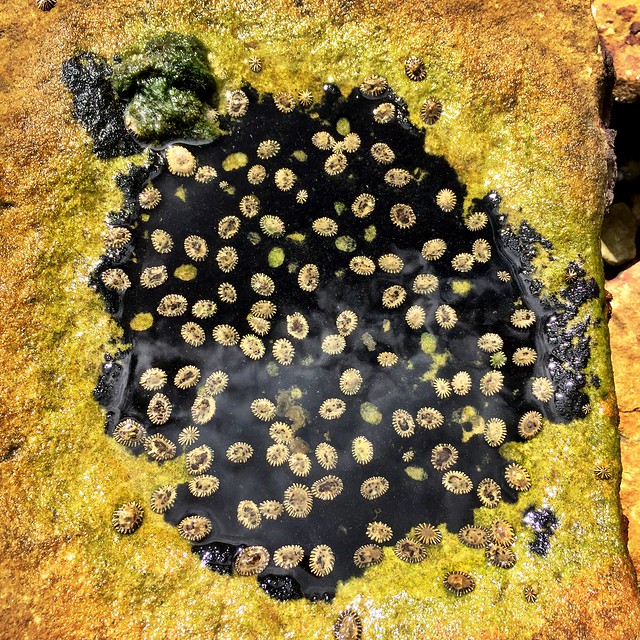 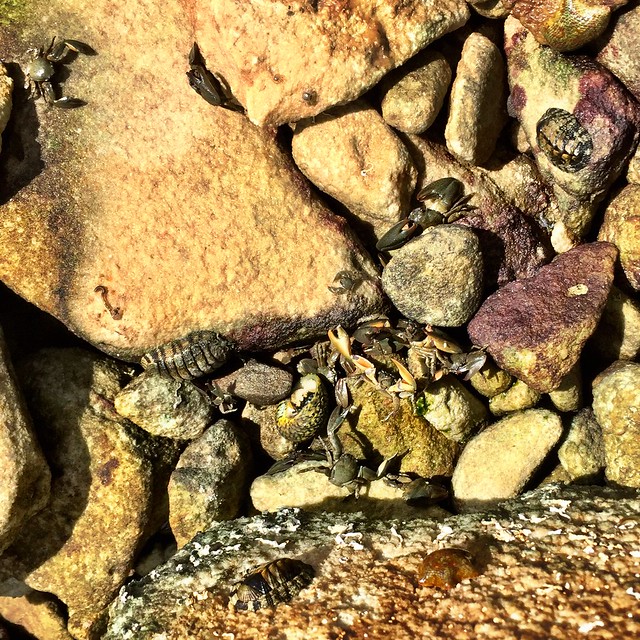 After a snack we jumped back in Foamy and headed over to a more beachy area of the bay. Once ashore, the Smalls immediately found an old swing that was still hanging together – we realised that what we had thought was sand was actually shells atop more shells atop shellgrit, with a sprinkling of driftwood. 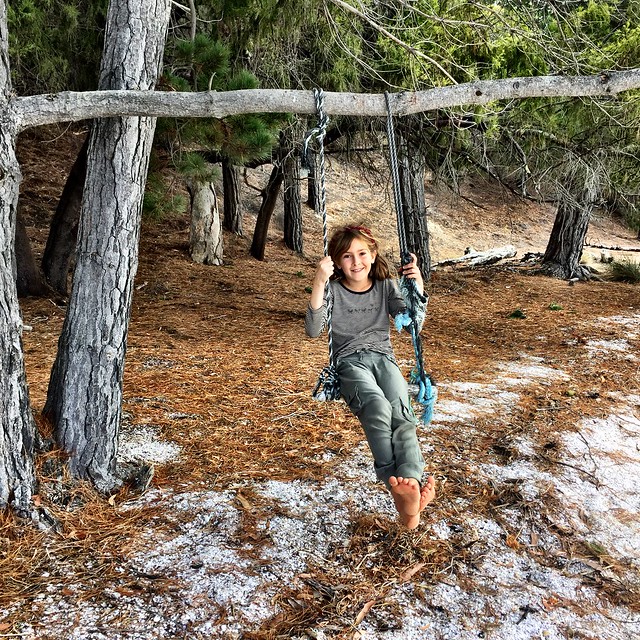 I have the unfortunate tendency to assume that other nearby beaches will be the same – in this case, all shell-gritty. Luckily we have M-The-Explorer! He coaxed us on a walk across the width of the island (which was not very wide at that point) where we found someone’s little getaway. A shack, with three old caravans corralled around it, and all the other detritus that goes with that kind of arrangement.

Rusted childrens bicycles, a clapped out HiAce ute…the place fronted on to the beach, where they had a picnic table, remnants of a fire in an old rusty four gallon drum, a tinny on a makeshift winch angled down to the water, and…glory of glories… a killer tyre swing…. 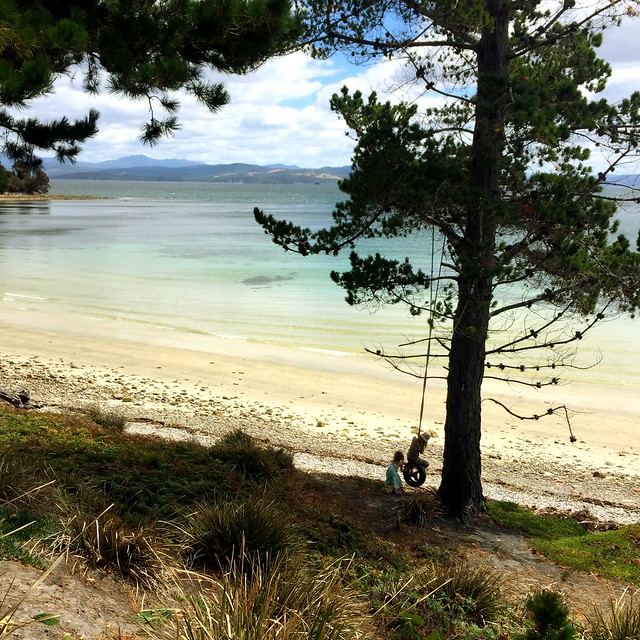 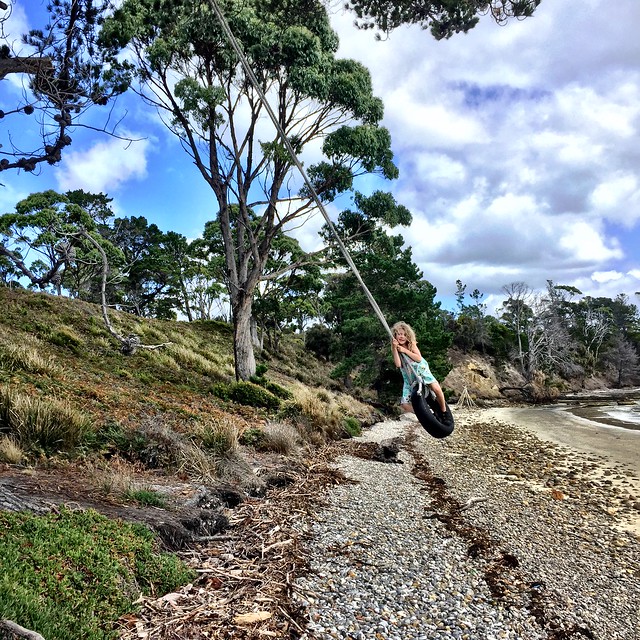 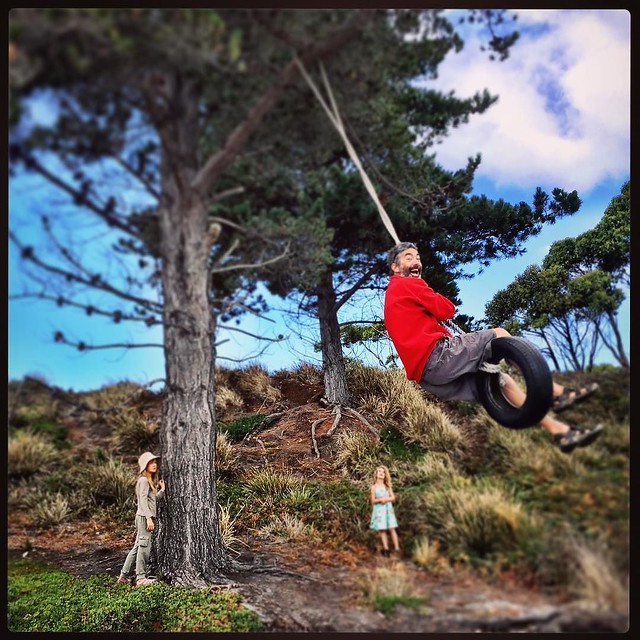 In addition to the Swing of Wonder, the sand was full of stones and shells in a way that the previous beach was not. We found beautiful things – rose quartz, sandstone pieces, spiral shells and a variety of other treasures. M left us to go and check on Bella Luna and the Smalls and I walked to the end of the beach and climbed around the base of some sandstone cliffs.

Driftwood galore. We got all the way around the point until I forced a turn-back. I was worried that the tide would come up and leave us stranded for a long cold night. We were almost back around to the beach when I crouched on a sandstone rock to look at something. The chunk that I was standing on gave way in slow motion and I fell – just a foot – ungracefully down, the sunglasses I had in my hand bending with the impact.

“Are you OK mama?” squeaked the Smalls, in response to my strangled sounding yelp. I was. A squashed toe, intact sunglasses and a general distrust of sandstone were all things I could cope with. We made our way back to Bella Luna circuitously – prompting M to come searching for us because we took so long.

He had, delightfully, collected mussels from the beach, and cooked them up for me, dousing them in buttery garlic and serving them on some spinach leaves. ALL THE AWESOME! 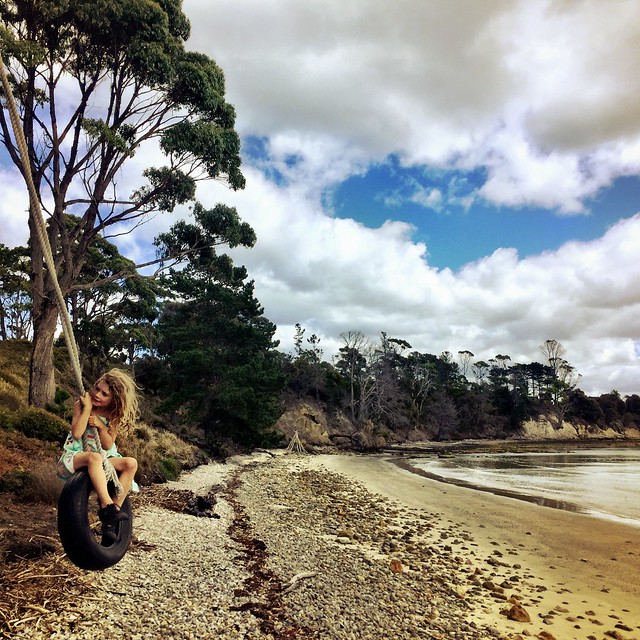