We had left Orford on Wednesday and come down the east coast with the knowledge that a bloody big storm was predicted in two days time. Bigger than any we’d encountered. The MetEye charts that we rely on had a huge splodge of bright red on it, indicating very severe weather. From the direction it was headed, Canoe Bay was pretty much the only anchorage worth considering in the timeframe we had available.

On Thursday afternoon the wind kicked in, but we only got the occasional gust. Surrounded by trees, barely any of it made it through, although looking out to sea with the binoculars, you could see major craziness – waves that looked like islands looming out of nowhere.

The wreck, that I had dismissed as a rusted combine harvester, is actually very effective at blocking swell coming in the mouth of the bay. The temperature got a bit arctic and we awoke to sleet an hail on Friday morning, but all in all – this is the most sheltered natural anchorage we have experienced.

M has been snorkling – both to check the state of the anchor before the storm, and also to eyeball the wreck. We all went for a fairly chunky walk today around to Fortescue Bay, where we were able to pick up a weak mobile signal and download some weather information. 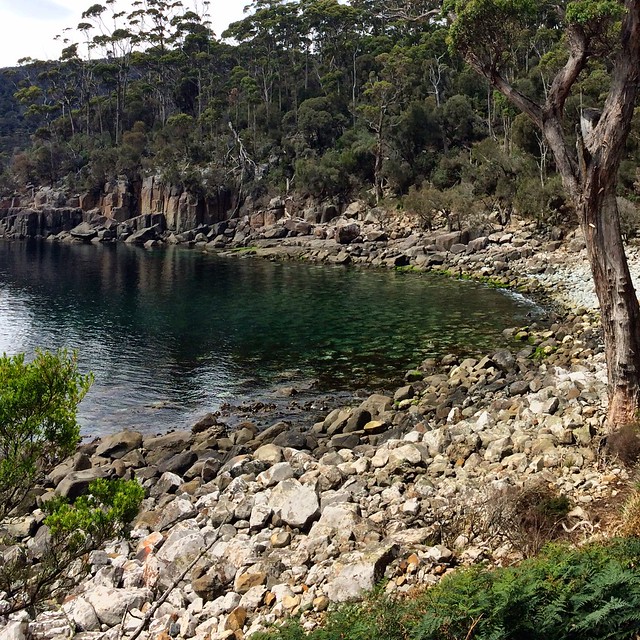 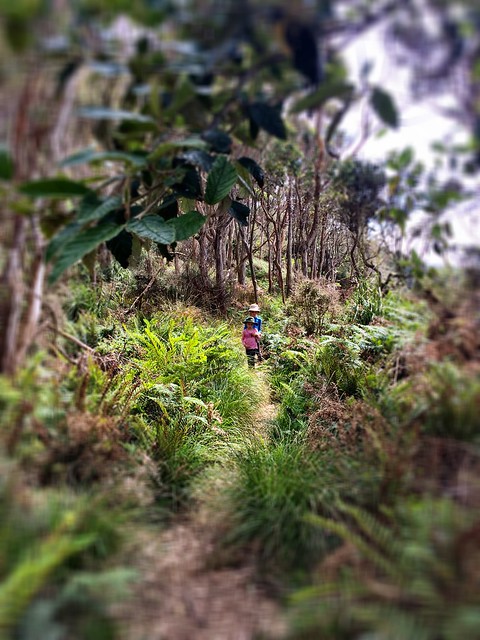 We also found a beautiful rocky cove, and played around for a few hours, making some seaside sculptures. 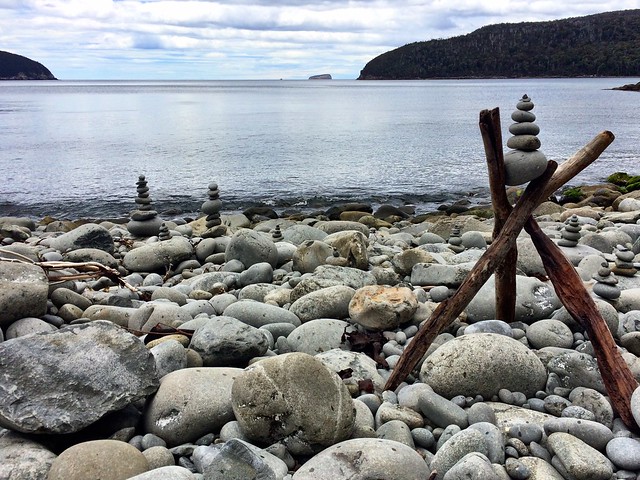 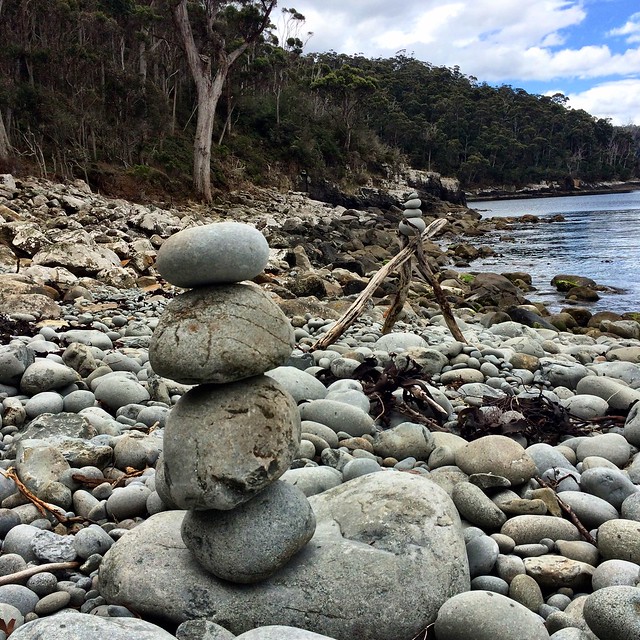 M and the Smalls did some swimming… 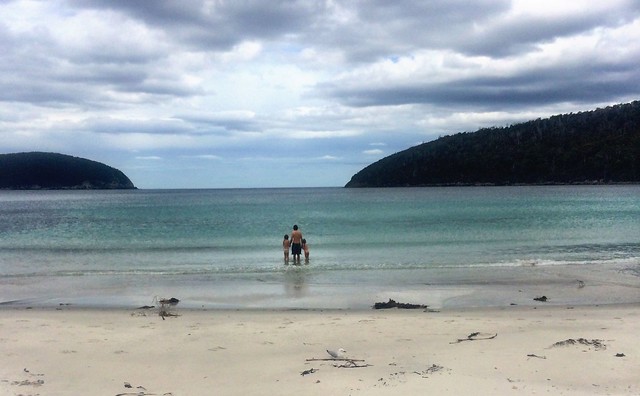 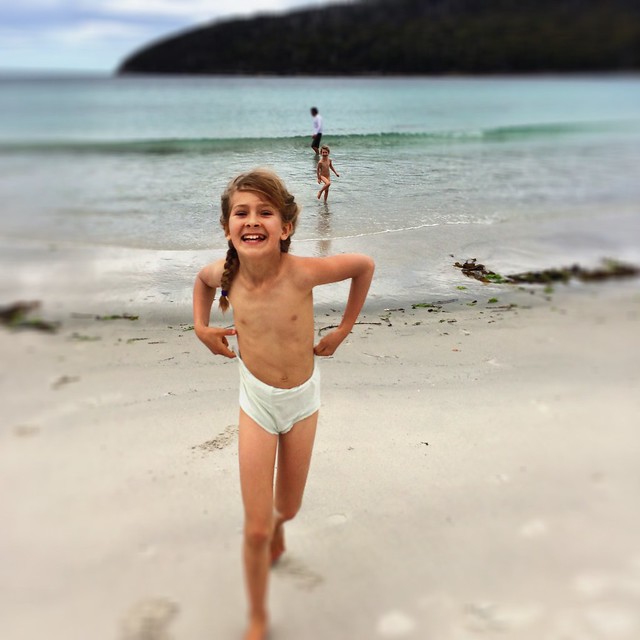 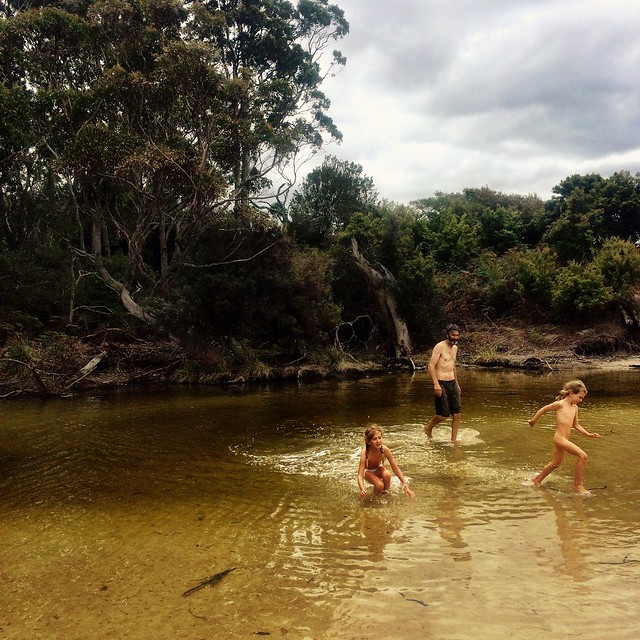 Once we made it back to Canoe Bay we were surprised – we were no longer alone! (Granted, it is Saturday, so it wasn’t too unexpected.) Two yachts had anchored – and once we had got back onboard, M channelled his inner labrador and had a chat. Turns out we have some mutual friends (what the!?) – they know our new friends that we met on Deal Island. Bizarre.

Both other boats have kids on them, around about Small DB’s age – but we may be leaving in the morning heading in the direction of Port Arthur, as our diesel is low and the stolen tea is almost gone (as are almost all the vegetables). 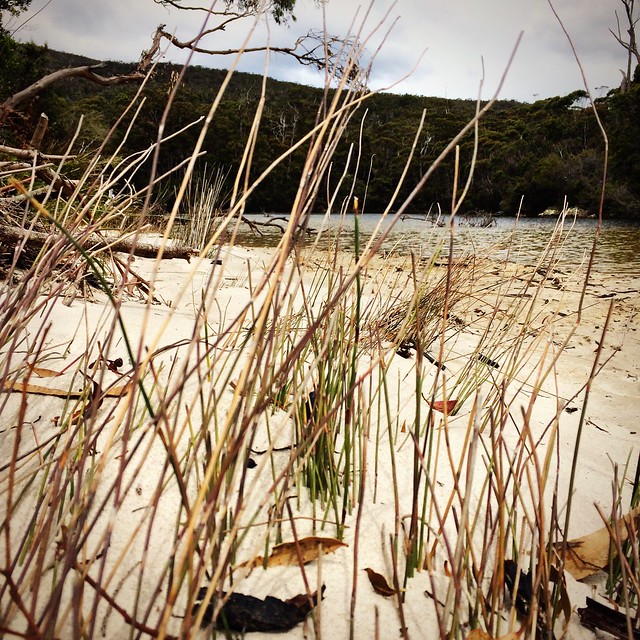