Most of our time in George Town involved preparing to leave… The weather was sublime, so we were able to wash all our clothes and then dry them on the vast clothesline that is Bella Luna. The big shop was completed, the water and fuel topped up. (Although M didn’t top the washing up water – as opposed to the drinking water – quite as much I would have liked…). We spent some chunks of time in the *excellent* library and bought M a $5 hat.

We left at about 6am on Saturday 19 November – M was sneaky and had the boat underway before I was totally dressed. It’s somewhat disconcerting to be pulling on your trousers and see a boat go past the window… It took me a moment to realise it was Bella Luna who was moving through the water, not them! 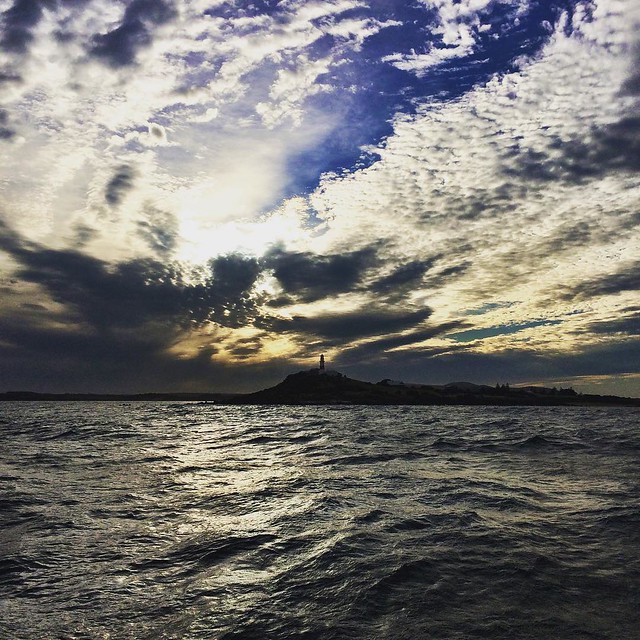 We were going out of the Tamar River with the tide, but there was a swell coming in from the strait as we passed Low Head Lighthouse. It was lumpy and bumpy for a while. We were heading for Waterhouse Island and the waves got bigger and bigger – the Smalls were getting greener and greener.

In hindsight, I had not done enough crew preparation. In our cushy few weeks on the river, I had forgotten the difficulties involved in less than ideal sailing conditions. I was feeling a bit unfortunate. Small DB vomited three times, Small Z was teetering on the edge. It was impossible to be in the cabin and not be queasy… Glerg. It wasn’t pleasant. 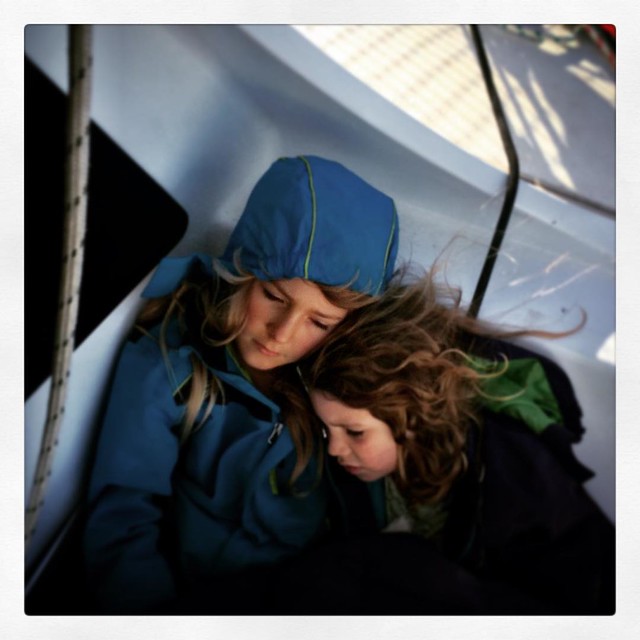 Sailing down in between Cape Portland and Waterhouse Island was dicey, with rocks nearby and increasing wind and waves. I had been pinning my hopes on rounding the point of the island – but when we finally got there it didn’t seem very protected at all.

Thank goodness for a shallow draught (note: most single keeled yachts have to stay in deep water for fear of running aground, however – with our rudders, motors and centreboards up, Bella Luna draws just less than half a metre) as we were able to go around the back of a sandbank and generally get out of the wind. Such a relief. We were all exhausted and decided to anchor there for the night.