Up at 6am, underway by 7am – M having fixed a blockage in one of the outboard motors that was stopping it cycling water. He had been right (WHAT THE?!) – the conditions were excellent. We pointed at 100 degrees – Deal Island – skirting around Hogarth Island.

The Smalls had benefitted from the baptism of fire that had been our first long sail. Small DB stayed in bed listening to audiobooks (and, as I found later, gently coating my bed in a soft layer of Weet-Bix) and only came out after about two hours when she began to feel ‘rotten’. Once out on deck, she recalibrate.

Small Z eventually found herself a spot in the cockpit where she could curl up with her iPad, and was, apparently, perfectly happy. 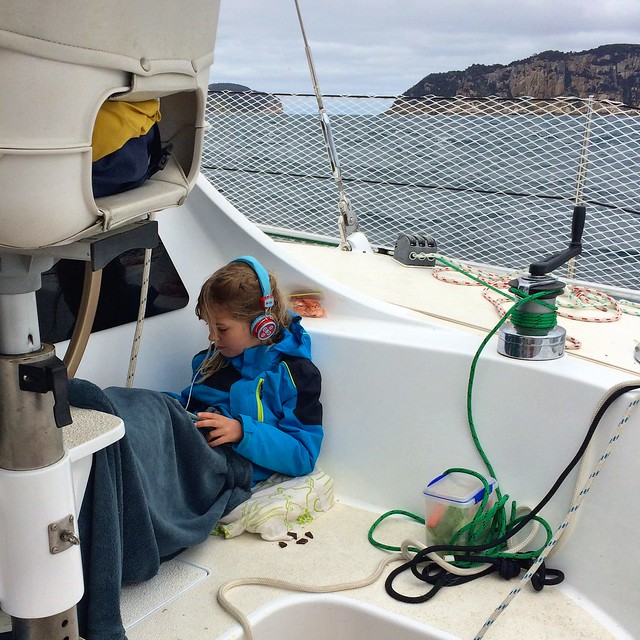 I did a lot of steering and my anxiety about a hell-sail gradually abated. I even managed to strip off my layers and go to the toilet without wanting a general anaesthetic. Huzzah!

While steering, I hit 11 knots – the wind was our friend! We saw one ship on our way, that seemed to be coming from either Port Phillip or Westernport and heading to who knows where. It was very distant – which is always a comfort. We sailed around Hogarth Island, deviating slightly from our course, and could see Deal Island in the mist ahead.

Islands/land/navigation markers are so duplicitous at sea – it’s impossible to tell exactly how far away they are. It can seem to take f-o-r-e-v-e-r to reach them. However, we made such good time – we reached Winter Cove, on Deal Island, in five hours. An EXCELLENT outcome.

What was not excellent, however, was Winter Cove. It had been recommended to us as a great anchorage by several seasoned salts. We dropped anchor (getting better at that whole process each time it’s required) and looked about. It was like we were anchored out beyond the breakers at Bondi. There was NO way we were going to be able to motor to the beach in Foamy.

This was disappointing – and there was no way we were going to cope with staying aboard the boat for three days until the weather window for us to try for George Town arrived. We pulled the anchor up and headed back the way we had come. The wind was still up and thus it only took an hour or so to get to West Cove on Erith Island.

Oh my fickle heart. Refuge Cove was immediately replaced by West Cove – it is picturesque in quite a different way. We were enchanted at the site of a green shack over on one side. 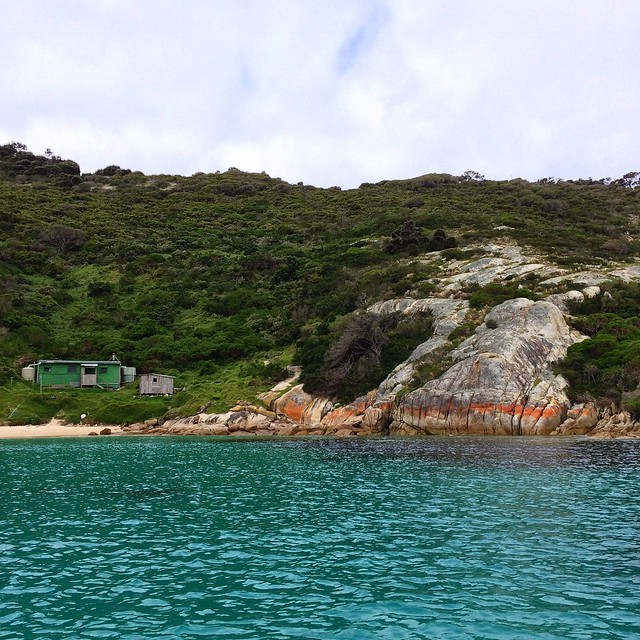 Anchoring was hard. M had read that the only spot that was secure was on the left hand side, but for some reason, we tried to anchor in the middle. Several times. And basically just dredged weed from the bottom – each time we raised the anchor it was like looking down at the top of Hagrid’s head – a Huge Weedy Mass. We motored over to the left side where the bottom became sandy. The anchor held.

We motored ashore to explore. There were Large Bird Footprints. “Oh my gosh!” said M. “Emus!” 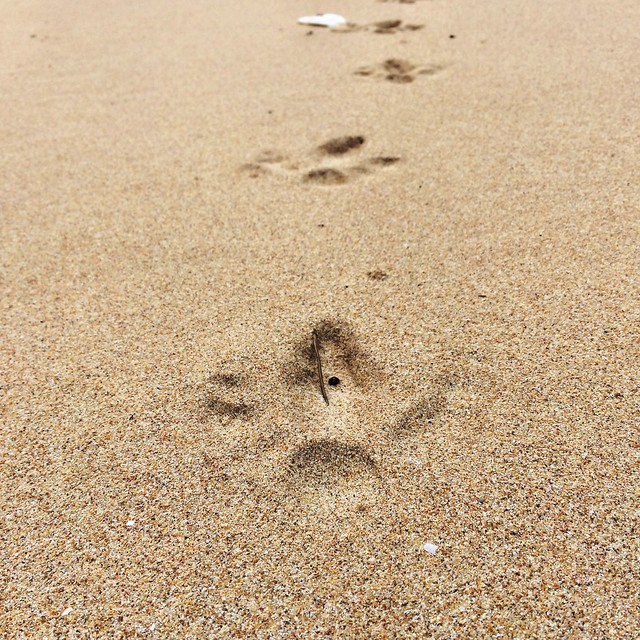 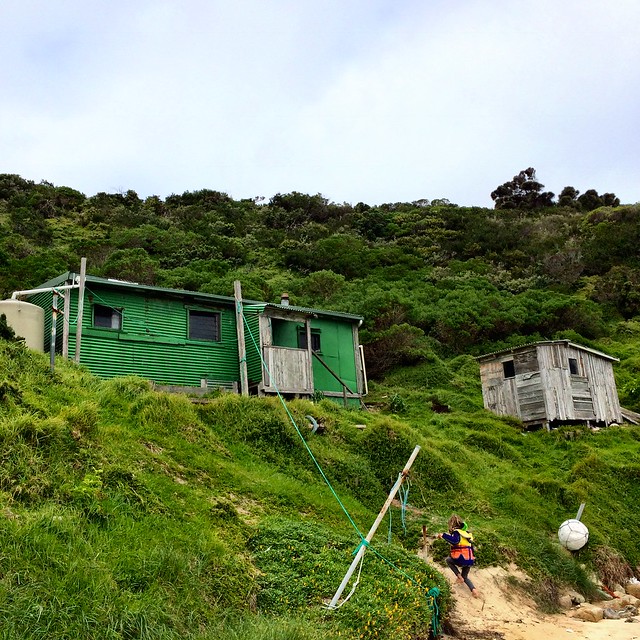 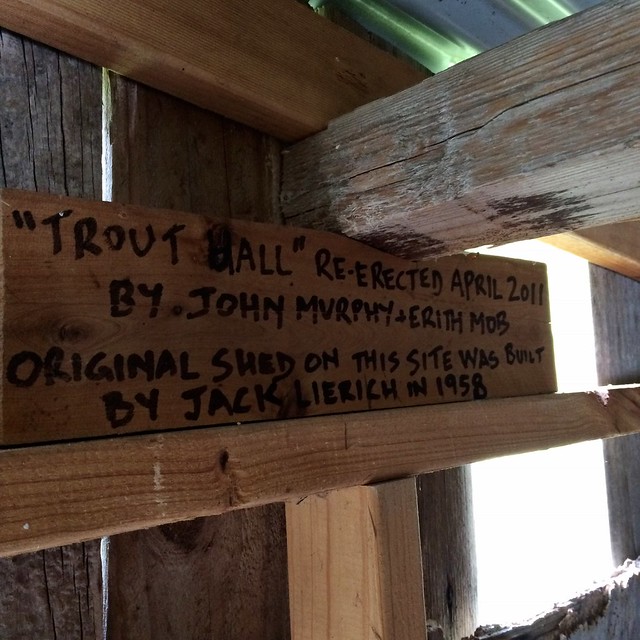 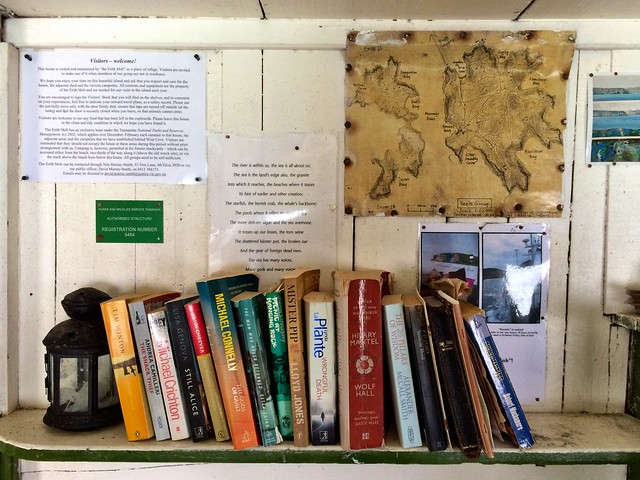 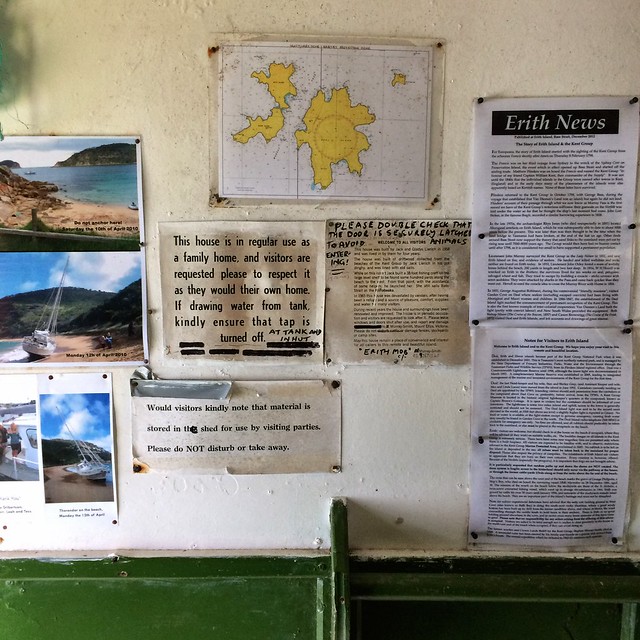 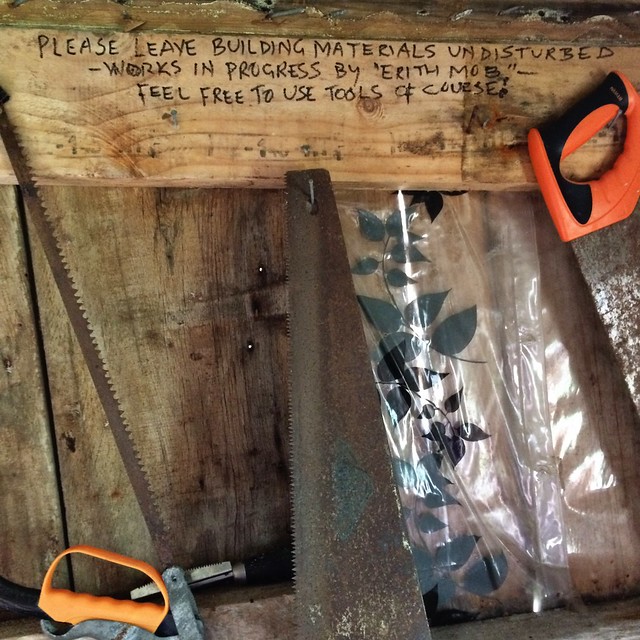 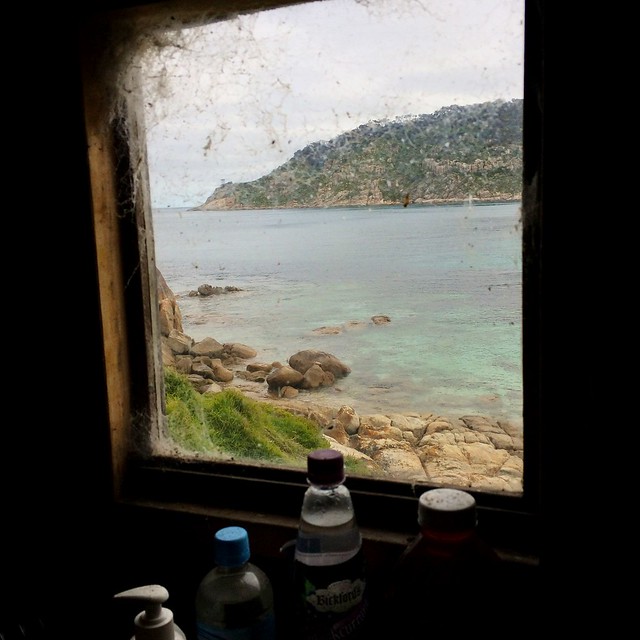 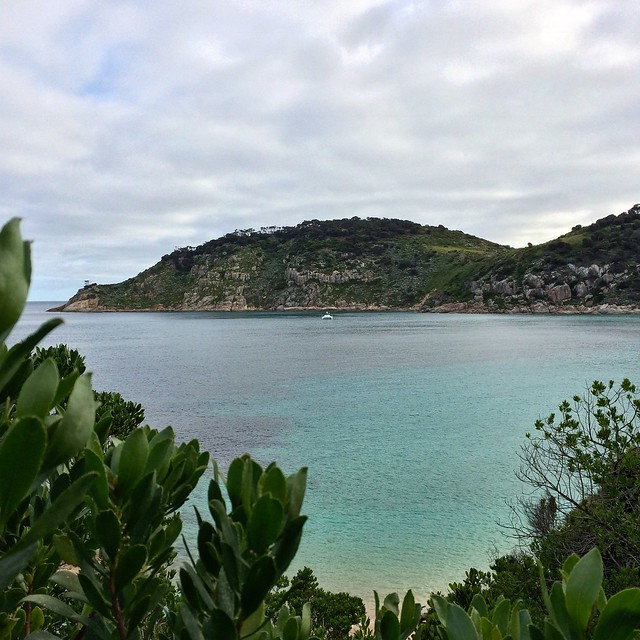 I was, and remain, smitten with West Cove. It is so beautiful. We went walking up, following a track worn into the undergrowth and found ourselves in a kind of meadow… Cattle used to graze there… 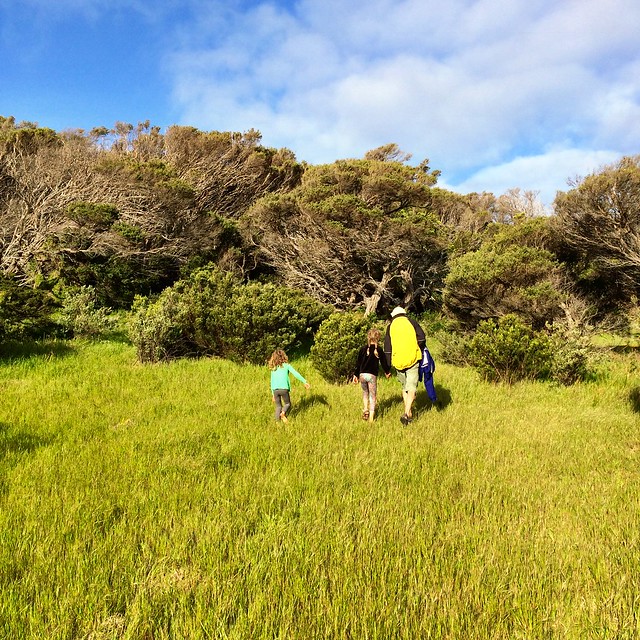 It was getting late, so we headed back to the boat. Or tried to. The outboard on Foamy wouldn’t start, and M had to row us… 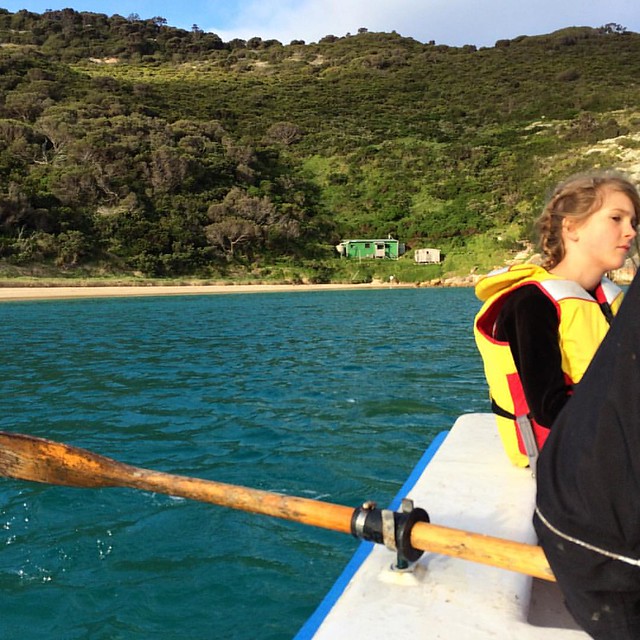